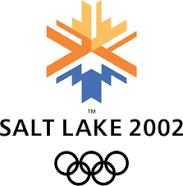 The dance competition took a strange turn in the compulsory dances, when Russia’s Irina Lobacheva and Ilia Averbukh finished a strong second in both dances despite never having finished above third at any major competition with all of their rivals present. World Champions Barbara Fusar-Poli and Maurizio Margaglio, who battled for first place with French rivals Marina Anissina and Gwendal Peizerat in the compulsory dances at Europeans, found themselves in third place and with all chance of the gold medal gone. Winners of the Grand Prix Final, Shae-Lynn Bourne and Victor Kraatz of Canada, also found themselves out of contention in fourth place.

Recovering from a knee injury that caused them to miss the entire fall season, Lobacheva and Averbukh skated precise compulsories that belied their lack of training time. Though it helped to have a pro-Russian judging panel, no signs of reputation judging were present as the majority of the panel placed them well above the more accomplished Italian and Canadian couples, who looked tight and tentative. At the end of the day, Anissina and Peizerat led the field with the most fluid edging and precise patterns despite a noticeable mistake in the Blues.

While commonly thought to have an untouchable original dance, Anissina and Peizerat faced a strong challenge from Lobacheva and Averbukh, who only received one first-place ordinal but managed to receive the only 6.0 of the entire dance competition from Polish judge Halina Gordon Poltorak. Fusar-Poli and Margaglio, who had been outspoken against what they felt was unfair judging in the compulsories, had a slight slip when Fusar-Poli’s skate became caught on her dress and ended up third with a split panel over both Bourne and Kraatz, whose non-traditional tango did not go over well with some of the judges, and Margarita Drobiazko and Povilas Vanagas of Lithuania.

With the stage set for the free dance, Anissina and Peizerat were unlucky to draw first to skate in the final group. Their free dance to “Liberta,” featuring various quotes from Martin Luther King, Jr.’s “I Have a Dream” speech, received a rather subdued reaction from the audience. The judges were also less than overwhelmed, awarding Anissina and Peizerat marks in the 5.7-5.8 range for technical merit and 5.8-5.9 for presentation and leaving the door open for their competitors.

Lithuanians Drobiazko and Vanagas gave perhaps the strongest performance of the evening to Johnny Halliday’s “Quelque Cris,” but the program was considerably the easiest in the final group with a large amount of plain skating in repetitive clockwise circles. Always crowd favorites, Drobiazko and Vanagas received respectable marks, but marks that clearly said “fifth place.”

Possibly unnerved by what they perceived to be unfair judging, reigning World Champions Fusar-Poli and Margaglio skated a conservative performance that looked as if it would drop them off the podium when Margaglio tripped over his toepick and fell to the ice during a required diagonal footwork sequence. With the wind out of their sails, even the fun, fast Europop cover version of “I Will Survive” could not hide the obvious disappointment of the Italians. Fusar-Poli ended the program in tears and continued to sob as she bowed to the crowd and made her way to the kiss-and-cry, believing that Margaglio’s fall had cost them any chance at a medal. Despite her icy reputation, Fusar-Poli grabbed Margaglio’s hand in a gesture of support as the marks came up. With marks as low as 5.5 for technical merit, a medal seemed unlikely.

Bourne and Kraatz, outspoken critics of bloc judging against them in Nagano, were left with a clear opportunity to claim the bronze medal that eluded them four years ago. For three minutes and fifty-five seconds, it appeared they had done it. However, on the final required lift, Kraatz lost his balance, sending both of them to the ice. With both partners going down, Bourne and Kraatz incurred a 0.3 mandatory deduction, 0.1 more than Fusar-Poli and Margaglio lost for the fall by Margaglio. As technical merit marks in the 5.4-5.6 range came up, it became clear that Bourne and Kraatz had once again lost an Olympic medal, this time through no fault of the judging.

Two other teams with abbreviated seasons also competed in Salt Lake City, but with less luck. Germans Kati Winkler and René Lohse debuted a fun program to Scott Joplin’s “Ragtime” that left them in eighth place, one spot lower than they finished at the World Championships last year. American Championships Naomi Lang and Peter Tchernyshev, skating their free program to “Parisienne Walkways” for only the second time internationally, finished eleventh, two spots down from their finish in Vancouver.

The other Americans in the event, Beata Handra and Charles Sinek, finished 23rd of 24 couples. Handra and Sinek are ranked only fourth in the U.S., but citizenship eligibility issues prevented both the second and third-ranked teams from occupying the second U.S. Olympic spot.