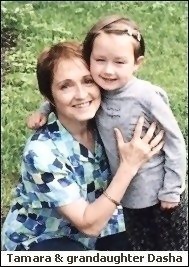 Born in Leningrad, Russia, Tamara Moskvina was a talented skater in both the ladies and pairs discipline. Moskvina is a five-time Soviet Ladies Champion and two-time Soviet Pair Champion with her partner, Alexei Mishin (Evgeny Plushenko’s current coach). They also placed fourth at the 1968 Olympics and second at the 1969 World Figure Skating Championships.

Now, a renowned and spirited coach, Moskvina has led several pair teams to the Olympic and World podium. Moskvina, who is now 61, has a Ph.D. in Educational Science along with 32 years of coaching experience. Along with her husband, Moskvina wrote “Pair Skating as Sport and Art,” which was published by the International Skating Union (ISU).

Moskvina is 4’10” due to the hardships incurred during WWII. In 1960-70, while competing in the US, Moskvina, out of concern that their rooms were bugged, would say, “We are going to the ‘museum’. Woolworth’s was their favorite ‘museum’ during those years.

Moskvina is well-known not only for her talented coaching skills, but her feisty wit as well. When asked why she had not changed one of Berezhnaya and Sikharulidze’s programs two seasons ago, she responded with, “Do you change your husband every year? If he’s good, you keep him!” Moskvina’s husband, Igor Moskvin, is also a coach. “He’s worked so hard with me,” said Moskvina of her husband when asked about his participation with the training and coaching of the US pair team of Kyoko Ina and John Zimmerman.

Paula: Why did Yuko Kawaguchi and Alexander Markuntsov end their partnership? Does Markuntsov intend to continue his skating career?

Tamara: Yuko and Sasha did not succeed as quick as it was estimated. They did not match in motivation. Sasha still plans to skate and is looking for another partner. Yuko is also making try-outs with different partners.

Paula: Do you plan to take on any more students?

Tamara: Not for a while.

Paula: Will you be residing in the United States to train with Ina and Zimmerman?

Paula: This must have been an extremely difficult and somewhat emotional season for you. Can you share with us how you are feeling?

Tamara: I am feeling great. Do you see any reason for me not to feel great? To face the pressure of the North American media and the spoken and unspoken desire to throw down Russian pairs for two seasons was the great challenge. We could loose, we could win. We still won and received even more publicity, awoke the interest to sport in Russia, received the respect for dealing with this political (IOC, ISU) situation, etc. Emotions in a coaching career is part of the job and I have to deal with them. I have dealt with them successfully for 32 years.

Paula: During the second ceremony for the pairs, there were tears in your eyes. What were you thinking and feeling at that moment?

Tamara: I was remembering all my Olympic Champions – my students and there was the feeling of heppiness that I managed to teach all of them, with Elena & Anton – the latest.

Paula: We all understand that the skaters were victimized in this unfortunate and embarrassing moment in the history of figure skating. Has this changed how you feel about the sport as a whole? Do you feel less motivated as a coach and/or feel that your hard work is now (or will be) undermined in the future?

Tamara: I don’t have any bad feeling at all. This is part of the sport, part of fight for the victory. Our clean victory was shaded by other side who also wanted to get Gold! They used the advantages of being North Americans and the power of North American media & TV. I do not feel less motivation because of what happened.

Paula: What are your thoughts on the new judging proposals and decisions?

Tamara: It will be always subjective. In case of equal competitors the victory will be always one voice (in speed skating it is sometimes 0.01 sec! , such a fraction). It is much easier to give advice, than to do the job. No scoring system will please everyone. Years ago, when we had other systems, always somebody was not happy with the result. This was always the case, and it will be always the case.

Paula: What are Elena and Anton’s short term goals at the present as far as eligible skating is concerned?

Paula: Are there any plans to work on the quad throw?

Tamara: Not yet. They have some shows and publicity activities. We have not made any plans yet about anything including the quad throw.

Paula: Is it likely that Elena and Anton might skate to “intense” Russian music (such as Dmitri Shostakovich or Alexander Scriabin) in the future?

Paula: What is your biggest regret (if any)?

Paula: How long does it generally take for you and your skaters to create a new program until it is ready for a debut?

Tamara: It generally takes about 3-4 months for a competition debut, and 2-3 months to develop an exhibition program.

Paula: Do you always choreograph the programs for the pairs you coach?

Tamara: I always choreograph the programs as coach/choreographer for the pairs I coach. The input of the ballet choreographer and my input may be not equal. It is different to calculate the actual percentage, but the last word in all decisions is mine. Music choice is nearly 100% my choice with the Russian pairs.

Paula: Is it ever hard for you to motivate your skaters when they are having a bad day and do not really feel like practicing? If so, what do you do?

Tamara: I have knowledge of psychology and use all the methods of general and sports psychology to assist in the training and emotional aspect of my students. I do everything that I can to motivate them. Sometimes you have to “let go” and allow the skaters to do what they want to do. When they see they are wrong, they change their attitude to my advices.

Paula: Please tell us about your competitive successes? How have you been able to maintain your athletic abilities? Can you still perform a double Axel?

Tamara: I was a 5-time Russian Champion in single skating. At this time, I can only do a single Axel.

Paula: What are the “ingredients” for a great pairs team and how do you decide whom you will coach?

Tamara: I have been working on these ingredients for 32 years. It is not possible to give you the entire contents over the time-frame and experiences of my work.

Paula: Which performance of another skater’s have you seen in your past which inspired you and why?

Tamara: There are inspiring points in every performance of a skater. I enjoy watching other skaters and viewing details for enjoyment.

Paula: You are obviously highly literate as to the arts — what is your education and where were you educated?

Tamara: I studied and lectured at the Academy of Physical Culture and Sports. I have a Ph.D. in Educational Science as well as educational experience in the School of Music (Piano).

Paula: Do you ever go back to look at other skaters’ work for inspiration, such as skaters like John Curry, Belita, or even older productions of ice shows, ballets?

Tamara: Of course, and many more from Europe. Everything that gives a broader look and is inspirational!

Paula: Do you feel that there is too much emphasis on side-by-side jumps in pairs skating? Is it taking away from the presentation aspect of pairs skating?

Tamara: No, if the technical aspect is diminished, pair skating will become a ‘dance on ice’.

Paula: Much is being made of the lack of difficulty in Elena & Anton’s overhead lifts (two handed positions, no change of position). Will you work on creating more difficult lifts for them next year?

Tamara: I do not agree with you on the lack of difficulty. It is very difficult to cover full ice with noiseless movements, turns, etc. The acrobatic aspect in the lifts probably could be stronger, however, it would then destroy the beauty of the lift.

Paula: How old are your two daughters?

Tamara: Olga is 32, lives in St. Petersburg, has a University education, and works as a manager in a telephone company. Her daughter Dasha is 7 years old. Anna is 28 years old. She is a student of Columbia University and is currently single.

Paula: What would be the most important piece of advice that you would give an up and coming young skater?

Tamara: Be tolerant and persistent. Love what you do and treat people well.