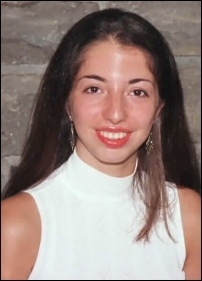 Turkey is not one of the first countries that you first consider when you think about figure skating, but Turkish figure skaters compete in ISU internationals including Europeans and Worlds.

Turkey is not one of the first countries that you first consider when you think about figure skating, but Turkish figure skaters compete in ISU internationals including Europeans and Worlds. Tugba Karademir, 17, is the current ladies champion. She finished 27th at her first European Championships last season. That was a good result considering that she had only been back on the ice jumping for a week beforehand, with limitations such as not being allowed to even attempt a double flip or lutz, after suffering a string of bad luck throughout the season.

Tugba began skating when the first rink opened in Turkey in 1990. Her kindergarten class had weekly lessons at the rink. She proved to be a talented skater, quickly learning the doubles and double/double combinations but there was no one in Turkey to challenge her. After winning a number of gold and silver medals at novice competitions at the Balkan Games and in Hertogstadbookal in Netherlands, her mother said, “We decided to move to Canada to give her a chance to do whatever she is capable of doing.”

She began training with Robert Tebby at the Mariposa School of Skating, making the Canadian Junior National team in the 2000-2001 season before deciding to return to representing Turkey. Based on her results, Tugba was scheduled for two Junior Grand Prix events, Golden Spin, Europeans and Worlds, with a chance of making the Olympics if she performed well in Zagreb. But starting on September 11 everything went wrong.

Having just gotten her triple flip and triple triple lutz, Karademir was all ready to start the season at JGP Phoenix, but the event was cancelled. Preparing for her second JGP in Poland, Tugba and her coach decided to have one last practice on the way to the airport but she twisted her ankle near the end of practice. Having been told by a doctor that it was just a sprain, she flew to Poland but was in too much pain to compete. On her return, x-rays showed that her ankle was broken. That kept her off the ice until January.

Tugba now trains for about 10 hours per week on ice and 5 off ice. Working with Tebby, she landed her first triple salchow when she was 14, even before she landed a double Axel. It’s still her favorite jump. This season, she plans to use the triple salchow/triple loop combination in both the short and the long plus a triple toe/double toe in the long.

Michelle Leigh choreographs all of Tugba Karademir’s programs. She is using “Torna a Surriento” from “Romantica” for the short and “Adios Nonino” and “Libertango” from “Misa Tango” for the long. “Michelle and I work on them together,” Tugba said. “She mostly guides me through the programs but the moves come naturally when I like the music. My coaches and I pick the music together. I go in with an idea, and listen to music and ask for their input. If I don’t like it than we don’t pick it. I love classical music. I find it suits my ballet background. When I was smaller, I skated and did ballet. I loved both but they both got to a point where I had to seriously choose between them and as you can see I picked skating. I also love Spanish, tango and fast music.”

As for goals, Tugba said, “I want to become a world champion and go to the Olympics and medal. I love doing shows. Presentation and the crowds are probably my favorite part of skating.” She also plans to continue as a coach and choreographer for other skaters. “I want to go to university during my skating career and finish that,” she added. “I really think academics are important.” She speaks both English and Turkish fluently.

To relax, Karademir likes to read, listen to music, and go to comedies and dramatic movies with friends. “I love reading,” she said. “I find it so relaxing to just sit outside on a hot summer day and read. It s peaceful and gives me time to think.” She also likes rollerblading. “I love to travel,” she continued. “Seeing new places and meeting new people is a lot of fun. I love the beaches in Turkey. There are such beautiful places to go and visit there.”