Strong performances by their single skaters pushed team Japan to first place as the 2017 ISU World Team Trophy opened Thursday in Tokyo, Japan. However, Japanese top star Yuzuru Hanyu faltered under the pressure and finished seventh in the Men’s short program. Japan edged out Russia for first place only by a tiebreaker. Both teams have 44 points. Three-time World Team champion USA is one point behind. 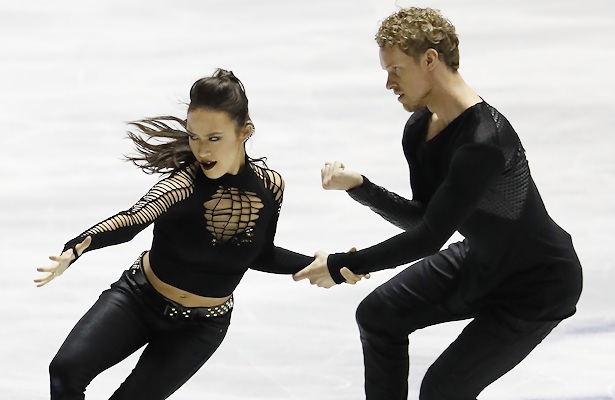 The day started with the Short Dance where Madison Chock and Evan Bates picked up the first 12 team points for USA by taking first place in this segment. The 2016 World bronze medalists skated really well to Blues and Hip Hop, earning a level four for the Blues pattern, partial step sequence, twizzles and lift to score a personal best of 79.05 points.

“We’re very excited about our skate,” said Chock. “We have a very good team here with a lot of strong skaters. It’s nice to be able to kick off the event and do some good work for our team and put the United States in good position.”

Canada’s Kaitlyn Weaver and Andrew Poje’s Short Dance to Michael Jackson songs was equally well received by the crowd. The 2016 World bronze medalists collected a level four for three elements and posted a personal best as well with 76.73 points.

Ekaterina Bobrova and Dmitri Soloviev of Russia struggled with the twizzles in their routine that were shaky and a level two. They recovered to produce a level-four lift and Blues pattern, but with 68.94 points, they were clearly behind the North American duos.

“Our guys and the coach said to us as support that we skated clean all season and one day it had to happen,” Bobrova offered. “We missed an element (twizzles), meaning we didn’t do it clean and on a level four. Maybe it was good that it happened here, but these kind of mistakes never should happen. Tomorrow we need to skate our program as clean as we can do it.” 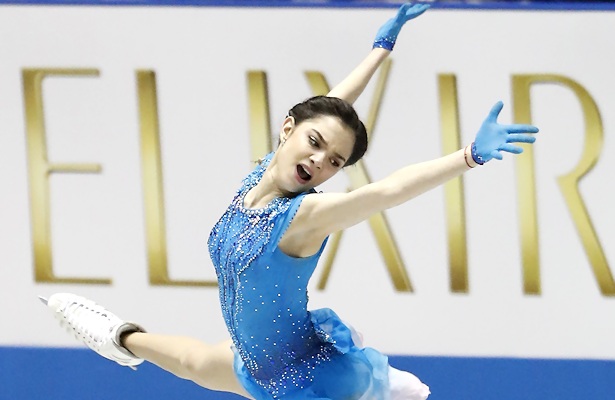 Next up were the Ladies, and here the Russian and Japanese skaters excelled. World champion Evgenia Medvedeva of Russia once more dominated and gave a clean performance, effortlessly executing her triple flip-triple toe, triple loop, footwork and spins. Only the double Axel was a bit shaky. Nevertheless, the two-time European champion set a new record score of 80.85 points.

“I’m thrilled with my score,” the 17-year-old. “Before, during and even after my skate, I don’t think about the scores, because that is out of my hands. However, I was not so satisfied with myself because of the double Axel. In practice, it has been going very well.”

Teammate Elena Radionova showed her fighting spirit when the opening triple Lutz was not perfect enough so that she decided to switch the combination to the triple loop later in the program. That might have even made the difference in her technical score to edge out Japan’s Mai Mihara. The Russian scored 72.21 points, which was a new personal best for her.

Mihara came third at 72.10 points and landed all her jumps, including the triple flip as the very last element she had missed in the short program at Worlds.

“I practiced the flip a lot with the music, again and again, and I would even do once 15 in a row. I am so glad I was able to land it,” the Four Continents champion shared.

World bronze medalist Gabrielle Daleman (CAN) was somewhat shaky on her triple Lutz and double Axel to finish fourth (71.74 points). Wakaba Higuchi (JPN) sits in fifth (71.41) and Ashely Wagner (USA), who underrotated the back end of her triple flip-triple toe combo, is ranked sixth (70.75 points).

“I wanted something that I could perform,” explained Wagner of her routine. “This was a show program and I loved how the audience reacted to it so I wanted that for my competitive experience this year. It is so much fun to skate because the audience is always really into it, no matter how well I do.”

“It’s a very competitive group of ladies so it’s exciting to go out there and hold my own,” she added. “I think Team USA is in a good spot headed into tomorrow so I’m excited about that.” 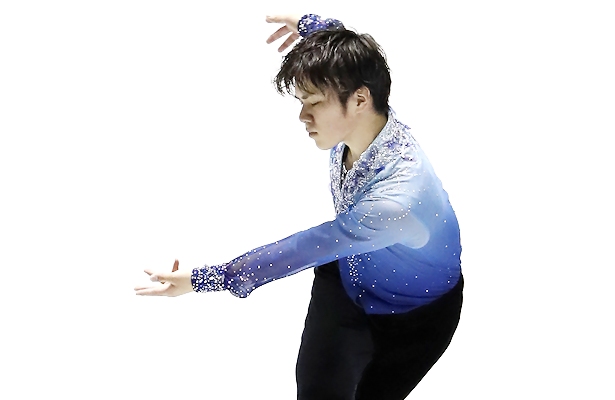 Shoma Uno of Japan performs his Short Program at the 2017 World Team Trophy.

Last to compete were the Men. Shoma Uno of Japan came out on top and secured 12 team points for Japan. He opened his routine to “Fantasy for Violin and Orchestra” by Nigel Hess with a wobbly triple flip, but landed a good quad toe-double toe and triple Axel to score 103.53 points. However, this score seemed a bit inflated.

“My quad-triple ended up being a quad-double,” the 2017 World silver medalist explained. “I was having a hard time with the second jump that morning, and during the six-minutes warm up, didn’t think I could do it. Knowing this is a team event, I did not want to cause trouble for my team by making a major mistake and scoring poorly, so I decided to play it safe with the double. I figured I could score around 100 if I could do the double toe loop and also the triple Axel, and thereby not harm my team. But since I took the easy way out, I feel bad towards my team. I took the easy way out on my short program, so am determined not to do that with my free program, and to skate aggressively.”

USA’s Nathan Chen produced an excellent quad flip-triple toe, quad toe and triple Axel to finish second at 99.28 points. Since his broken boot at World had hurt his ankle a bit, he decided not to include a quad Lutz into his program.

“I was really hesitant going into the Axel just because of what happened at Worlds (he fell), but the boots are better [now]. These are brand new boots. They’re about a week old. I’m happy with the program that I just did,” the Four Continents Champion said. “After Worlds, since my boots were so broken, it was causing me some ankle problems and I just didn’t want to risk it. It was just a safety precaution. Especially at a competition like this, there’s no need to risk injuring myself so I took [the Lutz] out. It will be back next season.”

Boyang Jin of China did the quad Lutz in combination with the triple toe, but came close to the boards. He also needed to save the landing of the triple Axel and the quad toe could have been a bit better as well. The highlight of his “Spiderman” program was the step sequence. Nevertheless, the World bronze medalist scored 97.98 points and is ranked third.

“I enjoyed my performance today, it felt great. I just didn’t like my quad combination too much, that could have been better,” the Russian Champion admitted.

USA’s Jason Brown didn’t attempt a quad, but his triples, spins and footwork, the whole package of his program to “Writing’s on the Wall” by Sam Smith were sublime. He ranked fifth (94.32 points).

“It’s always great to end the season with a personal best,” he said. “I couldn’t have been more excited at Worlds to break into the 90-point range so to beat that score here, I couldn’t be happier. I’m really, really thrilled.”

Patrick Chan of Canada went for a quad Salchow for the first time in the short program, but he popped it into a triple and then also fell on the triple Axel. He sits in sixth (85.73 points).

Japan’s Yuzuru Hanyu struggled in his Prince program as well. He singled the loop that was supposed to be a quad and then stumbled on his quad Salchow, failing to execute a combination. The triple Axel was excellent and the quality of the other elements as well, but in this high-level short program, this performance garnered only 83.51 points and seventh place.

“I feel really disappointed,” said Hanyu. “I feel sorry for myself and for my team. After the world competition, I have been preparing myself and pushed myself hard for this team trophy event. I felt good during practice, so I thought I was totally ready for the short and I had confidence going into the rink. But I guess I had too much extra pressure or commitment for the short program. I thought I can handle pressure, but I couldn’t deliver good performance today.”