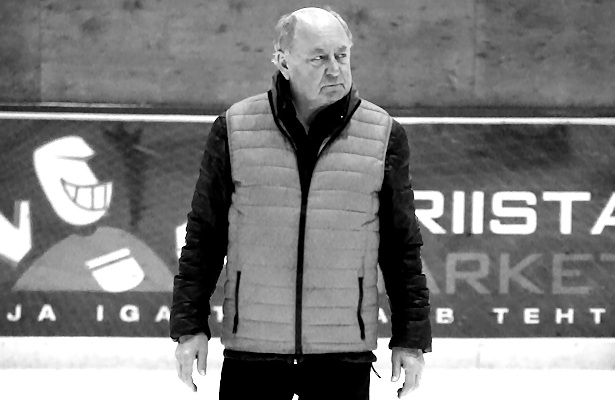 Russian coach Alexei Mishin is not against reforms in general and respects the efforts of the ISU office holders that are working on them, but he recommends a careful approach.

Legendary Russian coach Alexei Mishin warns that rule changes proposed at the upcoming International Skating Union’s congress could lead to arbitrariness in judging and hinder the progress of the sport.

“In my memory, there were two major changes in my time as a coach – the abolition of the compulsory figures and the introduction of the new (ISU judging) system,” said Mishin, 77, who coached Evgeni Plushenko to four Olympic medals including an individual gold in 2006 and a team gold in 2014. “These changed the whole sport of figure skating. In some way it became better, but in some ways, it became worse.”

“The ‘look at who is talented and who is not talented’ changed,” he continued. “Who is a good coach and a bad coach changed. Who is a good judge and a bad judge changed, because they had to judge jumps and not figures. The new system wasn’t created to make figure skating better, but to make judging easier.” The coach, who authored several books on the biomechanics of figure skating, feels that creativity in elements, like spins and footwork, was lost.

Now Mishin sees the third major change “of revolutionary character” coming up and is skeptical, notably about the introduction of a grade of execution (GOE) ranging from minus five to plus five.

“These changes deliver a heavy blow to the objectivity of judging, I think,” he warned. “Plus, three or plus four or plus five – it is not possible to make a difference. There are no criteria, only the members of the technical committee write them down on paper, but you cannot differentiate so much, because basically the jumps are done the same way by everyone.” Mishin, who also coached many other skaters to titles and medals including 1994 Olympic Champion Alexei Urmanov and 2015 World Champion Elizaveta Tuktamysheva, added: “Your friends give a plus five and your enemies give a plus one or a minus one. And this plus five is decisive.”

To Mishin, the existing range of minus three to plus three in the GOE is enough – and currently, not always used in the proper way as some top athletes get positive GOEs on elements that actually were not as good. “Some ladies have a bad double Axel, and they nevertheless get a plus two,” he pointed out. “Therefore, this plus five will be a heavy blow. The leaders will get a plus five and the non-leaders will get zero or minus one. The way to hell is paved with good intentions.”

The coach, who began skating in 1956, also criticized the change of value for jumps and that a jump that is one quarter short of rotation will be considered underrotated. Until now, it was more than a quarter of rotation. Mishin points out that the angle of the camera or how the jump was recorded can make a difference. For example, a jump that is in fact underrotated might seem rotated and vice versa.

The coach, who is also a professor at the Lesgaft University of Physiculture, Sports and Health in St. Petersburg, feels that skaters are discouraged to learn new jumps if the penalty for mistakes is that big. “You need the motivation to do it in competition,” said Mishin, who has been studying figure skating technique for decades and developed exercises and methods for teaching jumps that are used worldwide. “When the athlete knows that he is not going to do the jump in competition, he will learn it slowly. If he knows that he will execute the jump in competition, he’ll master it earlier.”

Mishin points out that there is a big difference between a triple Lutz and a quad Lutz. “A thousand people are doing a triple Lutz, but only a dozen do a quad Lutz,” he observed. “It is a hundred times harder. You have to rotate, but the current system is able to deal with rotated and underrotated jumps perfectly.”

He also disagrees with the proposal that each type of quadruple jump can be done only once in the program and not repeated in combination as it is now.

Some of the proposed rule changes were in large part, a reaction to the men going after quads they haven’t mastered yet and which can lead to “splatfests.” For example, at the 2018 ISU World Figure Skating Championships in March, some skaters fell four or five times in the free skate. However, Mishin feels that it is not necessary to limit the number of quads or discourage skaters from attempting them.

“The existing rules were able to deal with that very well,” he opined. “Who was not in the right place at Worlds? Next season these (mistakes) won’t happen again, because we won’t stop the progress. The quantity will turn into quality. There won’t be this rock fall in the next season. It would be better, because this is the development of life. That’s not just figure skating – everything gets better – the cars, the computers and the athletes get better, too.”

In a nutshell, Mishin feels there is no need to change the rules to prevent skaters from attempting too many quads. He believes that the skaters will make progress and next season they will be more consistent with their jumps. There will be less mistakes and less falls.

The renowned coach is not against reforms in general and respects the efforts of the ISU office holders that are working on them, but he recommends a careful approach. “Trying to measure harmony with algebra is a difficult task,” Mishin observed. “To pursue the perfection of judging is natural, but it requires a thought-out and very important step-by-step approach. I would like to point out one thought – the ISU is often criticized for being conservative, however, I think that this conservatism has a positive side. The figure skating community consists of thousands of people – the athletes as well as coaches, the judges, media, and the spectators. Such a heavy boat you cannot rock too hard – the water can swap over the boards.”