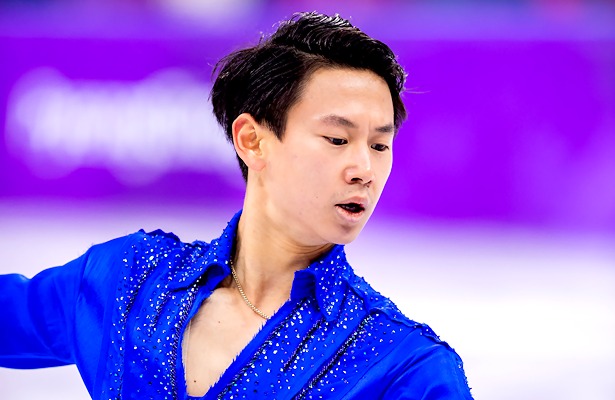 Denis Ten, who became the first figure skater from Kazakhstan to win an Olympic medal in the sport, passed away as a result of severe blood loss from stab wounds in the right thigh in an attempted robbery. The 25-year-old became involved in an altercation when two men tried to steal mirrors from his vehicle. The skater was taken to a hospital in Almaty where he died several hours later.

Ten made history several times in his career when he became the first Kazak skater to win a medal at the World Championships (2013, silver), Four Continents Championships (2015, gold), and Olympic Games (2014, bronze). The skater began competing at the age of 13 and subsequently trained under Frank Carroll, Rafael Arutyunyan, Elena Buianova, and Tatiana Tarasova throughout his career.

“One of my oldest friends from skating world is gone,” said Alexander Majorov of Sweden on twitter. “I still can’t believe that … A life taken from a smart, kind and polite person is just not fair. All my thoughts to his family.”

“I am so shocked and saddened by the news of Denis Ten,” said Canada’s Eric Radford. “He was one of the most talented skaters on the planet and such a kind, smart and thoughtful human being. I always felt honoured to share the ice with him. My heart goes to his family.”

“He was so kind to everyone and a huge inspiration to me and so many other people,” tweeted USA’s Adam Rippon. “Denis, thank you for showing us how to be a champion. Your time with us was way too short. Love you forever.”

While there was information that Ten might retire from competitive skating soon, he was scheduled to compete at an upcoming Grand Prix event (Rostelecom Cup) in Russia later this fall.

The ISU is deeply saddened by the news from media in Kazakhstan announcing the passing of Figure Skater Denis Ten. Our heartfelt condolences go out to Denis’ family, friends and fans across the world. pic.twitter.com/1w7Isb9HJC

We are shocked and saddened by the news of Denis Ten’s tragic passing. Our deepest condolences go out to Denis’ family and friends, and the worldwide skating family. pic.twitter.com/qqJRJ1KsvK

Our thoughts are with Denis Ten’s family, all of Kazakhstan and his many friends here in the U.S. pic.twitter.com/9eRnBs4Lx1