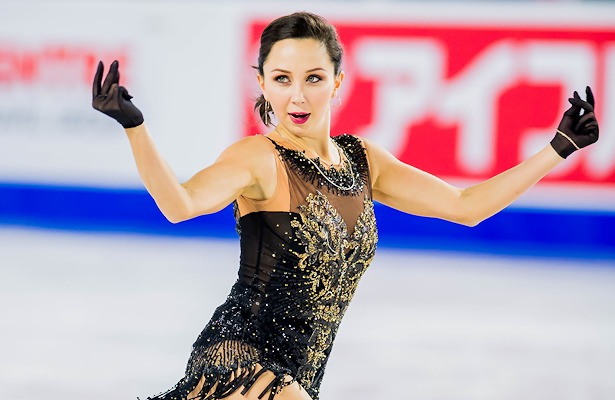 Elizaveta Tuktamysheva of Russia won her second Skate Canada title in seven years with 203.32 points. Japan’s Mako Yamashita was less than a third of a point behind Tuktamysheva to win the silver (203.06 points). Russia’s Evgenia Medvedeva, an icon in the sport, rebounded from a terrible short program to claim the bronze medal with 197.91 points.

Tuktamysheva fell on her opening trademark triple Axel, but landed five other triples, including a secure triple Lutz-double toe loop combination during her bluesy and playful routine. The combination was intended to be a triple-triple.

“I didn’t skate well and I fell on the jump the triple Axel and I feel my mind after that because it’s really not a typical mistake for me on this jump,” the 2015 World champion said. “So truly today was more hard to skate than yesterday, because after the great performance of the short program. I felt really excited and it’s very hard to concentrate and be so strong in the free program.”

“But I am happy I am first,” the veteran confirmed. “I am happy, but I need to work a lot.”

Yamashita skated elegantly and gently to Madame Butterfly. Dressed in soft blue, she patiently completed her triple jumps during the program, including a triple Lutz-triple toe loop-double toe loop combination.

“I was very happy with both of my performances – the short and the free,” the 2018 World junior bronze medalist said. “I was able to do all that I can do at this point, so I am very happy with the results and the scores that I was given.”

In her both lyrical and fiery “Libertango” program, Medvedeva laid down seven triple jumps, including a triple flip-triple toe loop combination and triple Salchow-triple toe loop combination. Her triple loop jump was called as under-rotated. Dressed in black and magenta, the two-time World champion’s facial expressions were all business, never cracking a smile as she saluted the standing ovation from spectators.

“Today I felt like a wild animal,” she said of her state of mind and focus on redemption after yesterday’s disastrous short program performance. “When you feel sorry for yourself, it’s awful. For my mind and for my body also. I’m thankful to [coach] Brian [Orser] for helping me with my mental health so, so much.”

USA’s Mariah Bell was fourth with 190.25 points while Elizabet Tursynbaeva of Kazakhstan was fifth with 185.71 points.

In a surprise finish, World silver medalist Wakaba Higuchi of Japan dropped from second after the short program to sixth overall given a problematic free skate (181.29 points).