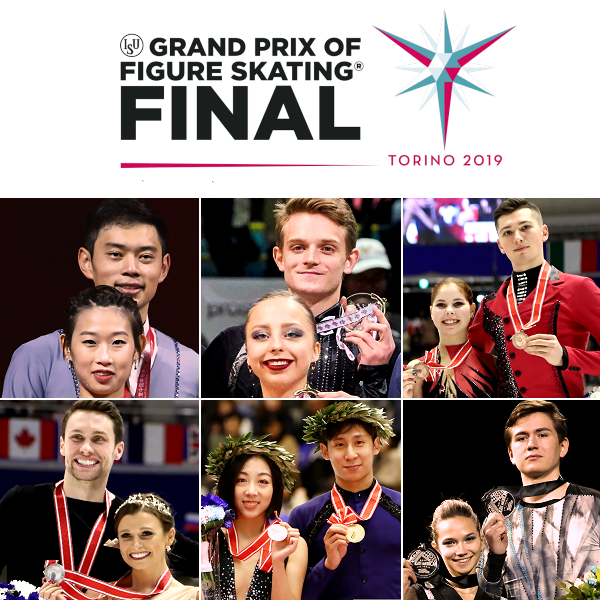 The next generation arrives

The Olympic silver medalists sat out the Grand Prix in the post-Olympic season to recover from injuries. This year, they are back in full force and celebrated two convincing wins in the series. With their sophisticated style and programs and their excellent throws, the two-time World champions are certainly the team to beat in Torino, Italy. However, they cannot afford too many mistakes.

This very young team continues their ascent from the past season and earned two gold medals with excellent performances at Skate Canada and Rostelecom Cup to qualify for their first senior-level Final. The 2019 European bronze medalists have developed very well and can challenge Sui and Han. They won’t beat them unless the Chinese make major errors, but they are getting closer.

Kirsten Moore-Towers and Michael Marinaro (CAN)

The Canadian champions finally qualified after coming close in the past few seasons. The 2019 Four Continents silver medalists have become more consistent with their jumps and throws, but tend to lose points on elements such as the spins and death spirals.

The World Junior champions debuted at the senior Grand Prix with a bang and won in France, following up with a bronze at NHK Trophy. Technically, the team from St. Petersburg is excellent, but they still have a bit of a junior look to them. Nevertheless, this team is very promising and can challenge for a medal.

The 2018 World Junior champions qualified for their second consecutive senior-level Final. They progressed this season, looking more “senior”. The Muscovites set themselves apart with original moves and choreography and they have a side by side triple flip in their arsenal.

The 2019 Four Continents bronze medalists have returned to the Grand Prix Final showing more consistency. However, they were held back by Peng’s injury sustained at Skate America. They need to get their triple Salchow down, otherwise it will get harder to be competitive with the other top teams.