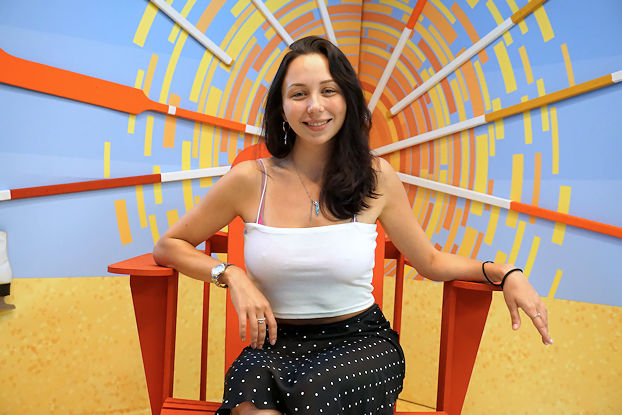 Following a successful pre-Olympic year, Russia’s Elizaveta Tuktamysheva is now preparing for what could become the most important season of her career. It is the third time that the 24-year-old from St. Petersburg is entering an Olympic season with hopes to qualify for the Games. The first two times things did not go as she had hoped. During the 2013-14 season, Tuktamysheva struggled with her nerves and confidence and finished 10th at the Russian National Championships. Adelina Sotnikova and Julia Lipnitskaia went to Sochi instead and both claimed gold – Sotnikova in the individual event and Lipnitskaia in the team event. In 2017-18, the pattern repeated itself. Although Tuktamysheva now a World title under her belt, she was not able to qualify for the Olympic team with the tough competition inside Russia. Alina Zagitova, Evgenia Medvedeva and Maria Sotskova got the tickets to Pyeongchang. Zagitova and Medvedeva earned gold and silver plus silver with the team.

The competition in Russia has since become even stronger, especially with new talent in the mix including 2021 World Champion Anna Shcherbakova, 2021 World bronze medalist Alexandra Trusova, 2020 World Junior Champion Kamila Valieva – many of which are coming from the medal mine of Eteri Tutberidze, Sergei Dudakov and Daniil Gleikhengauz. The Russian ladies, including Tuktamysheva, swept the World podium in Stockholm for the first time in history and now they want to repeat that in Beijing. While it still remains to be seen which three ladies from the Russian Federation will skate on Olympic ice, you can be sure they all will be gold-medal material.

Nevertheless, as she has proven in past seasons, Tuktamysheva has become stronger and stronger and she is getting ready for the battle for the Olympic spots.

The 2021 World silver medalist got to work right after Worlds and started building two new programs before her vacation on the Maldives in May. After the vacation, two high-altitude training camps – one in Kislovodsk in the Russian Caucasus mountains and the other in Courchevel in the French Alps – opened the training for the season. The students of coach Alexei Mishin and his team then trained in St. Petersburg for three weeks before heading to Tartu, Estonia, for another two-week camp that will conclude this Saturday.

“We started the season quite early, on May 20,” Tuktamysheva confirmed. “In Kislovodsk, we had an off-ice and on-ice training camp. We first started on the floor, getting back into shape. Everything is going well, definitely better than it did last year after the long break,” the skater recalled, referring to the Covid-19 quarantine when the ice rinks were closed for several weeks. “This year, I didn’t know what kind of shape I’d be in after two weeks of vacation, but it was much easier. We got back into shape right away and the mood was good.”

Selecting the programs is always an interesting process – especially so in an Olympic year. This time, the suggestions came from the choreographers and Tuktamysheva happily agreed as these selections are right up her alley. The Free Skate, choreographed by Nikita Mikhailov, has an oriental theme and is set to “Arabia” by Hanine El Alam and to “My Love … Music” (Darbuka Dance Music) by Russian musician Artem Uzunov. “I’m so excited about the free and if I skate it clean, it will give me the goosebumps for sure!” the 2015 World Champion said. “The ending is similar to my ‘Charleston’ program when I was going all out. Now there will be a similar emotional high at the end and therefore I am just enjoying it.”

For the Short Program choreographer Ilia Averbukh brought the Tango “Oblivion” in a version performed by Japanese singer Misia. “The music in the short is so sensual and I love it as well. This is just what I wanted from the beginning when we were choosing the program. I wanted to show an emotional program and Ilia Averbukh was spot on with it. He suggested it to me and this is exactly what I need for the short. The two programs are completely different from each other.”

Tuktamysheva has worked with Averbukh before. He did her show program to “Shallow” and had actually choreographed a long program for her in a previous season that she eventually did not use. “To work with him is easy, it is interesting. We always get into a flow and the work is going very fast. He gives an idea, I have some input and so it goes fast,” the skater shared. Mikhailov has done programs for her before as well, most recently her Short Program from the past season.

The season is about to start for the 2015 European Champion. The Russian test skates, the first official event for the senior-level skaters, will take place in a month. “It will be difficult season,” Tuktamysheva pointed out. “Right now I am still enjoying the off-season, nothing has started yet. I am looking for ways on how to focus in different circumstances. I like the form I am in now and how the preparation is going. I like my programs and the atmosphere (in training). Everything is going the right way, but sometimes, even if everything is going right, in the season something might not go so well. Knowing how important an Olympic season always was to me and that I lost to myself because of these emotions, I am trying not to think about it at all and just take it as a normal season. I do my maximum and I am preparing without nervousness and the anxiety that I need to do everything faster and do more.”

The skater keeps her calm for sure. Even when her skates were lost for a few days on the return trip from France, she did not worry too much. When the skates finally arrived, she picked up right there where she left. The triple Axel is very consistent in training and now she is working on the quad toe that she has landed in practice before. “I also trained the (quad) Lutz, but I decided for now to work more on the (quad) toe, because my current condition allows me to emphasize it and I don’t want to overextend myself,” the World silver medalist noted. “It is summer and it makes me happy that we already started to work on the toe, because usually at this time, we are getting the Axel consistent. Right now, I am already in the shape I was in last season. I do all elements. We are moving forward.”

Tuktamysheva is excited about her ISU Grand Prix events Skate Canada and Rostelecom Cup and plans to attend a Challenger Series event, probably Finlandia Trophy, to kick her international season off.