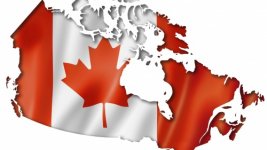 Maybe there should be a question mark in that title, what with the way things are at present?

Closing the book on the 2019-20 thread, there were a lot of highs (particularly on the Grand Prix, which somewhat unexpectedly turned out to be a huge improvement from the previous year) mixed in with a number of lows for individual skaters as a result of personal tragedies, injuries and growth, and just plain missed opportunities. And obviously, the season ended with the disappointing cancellation of the World Championships in Montreal (hopefully we'll see a 2023 Worlds in Canada, but that's of course up in the air).

Our athletes are largely back on the ice training now with pandemic restrictions easing; now it's a question of whether there'll be anywhere for them to actually compete. Discipline by discipline:

- In the men, we've got a number of guys with lots of talent, but still struggling for consistency (or, in Nam's case, are finding consistency but aren't quite at the level necessary to be a top contender). Lots of individual highlights from the previous year, such as Nam's perhaps all-time best event at 2019 SCI and Roman's surprise Grand Prix medal and title win. Stephen, hopefully, can put the litany of problems he had this season behind him as he settles into his new height and new coaching.
- The ladies discipline at the senior level remained battered by injuries for the second straight year, so...that can stop any time it wants.
- In pairs, KMT & Michael had their best season to date, and even made the Grand Prix Final. Evelyn & Trennt made some hugely unexpected technical strides halfway through the year, and hopefully that will continue. The pairs field below them has thinned out a bit due to expected retirements or splits, but I'm most interested to see (whenever we get to see them) Brooke McIntosh's new junior pair team with Ben Mimar.
- Dance remains, at both the senior and junior levels, Canada's keystone discipline. Piper & Paul had their best season ever, Laurence & Nikolaj really impressed before they had to bow out due to his injury, and Marjorie & Zachary's senior debut had not-unexpected hiccups in the early going but ended on a real high. The junior ranks are also full of talent that I'm eager to see more of. Carolane & Shane's really disappointing season culminated in a coaching change that will hopefully serve them well.

Scott Moir spent the week at IAM, working with Marjorie & Zac (among others, one presumes).

*Due to exceptional circumstances the National Team for Senior Men, Ladies, Pairs and Ice Dance will be named by September 1, 2020.
Click to expand...

I'm most interested to see what they do with the women's team, since nationals rankings, post-nationals assignments, etc. from last season were a giant mess, and those are the things most commonly used to help guide these choices.

I hope this is true and they can make a go of a partnership. I think Justine Brasseur is immensely talented. I'm not as familiar with Zach Daleman's skating. I'd also love to see a partner come out of the woodwork for Lubov, and Julianne Seguin (if she wanted to return). It's so incredibly sad to see these amazing pairs girls languish without partner options.

rain said:
I'm not as familiar with Zach Daleman's skating.
Click to expand...

He's shown some promise in juniors, but he's been noticeably better than the partners that he's had so far.

Big news about them trying to hold Grand Prix events with fields limited to whoever resides or can get into a particular country. SCI dance will be the greatest dance field at any individual Grand Prix event ever.
B

Colonel Green said:
He's shown some promise in juniors, but he's been noticeably better than the partners that he's had so far.
Click to expand...

I somewhat disagree about being noticeably better then his previous partners. He’s had 3 partners in 3 seasons, all with different abilities and he with no previous pair training before them...so lots of developing was going on each season but not together more then a season to actually see what long term potential.

I hope to see him and Justine last more then one season, and give time to gel as a team. I think his previous partners gave him Good experiences, he was many years older then two of his partners and with Justine being closer to his age maybe be able to have more of a connection and maturity to the ice.

KMT posted about the team's new short program ("Gimme All Your Love" by the Alabama Shakes), which is slightly noteworthy because thus far there hasn't been much in the way of new program information among the major Canadian skater (the dance teams, in particular, seem to be mostly going for repeats, at least at the senior level).

With the gorgeous Miss Osmond retired, who is Canada's #1 Lady in your eyes?

mrrice said:
With the gorgeous Miss Osmond retired, who is Canada's #1 Lady in your eyes?
Click to expand...

With Gabrielle constantly getting injured, there presently isn’t a clear number one. If she can get some time actually being healthy, it would be her.
L

Liubov is officially a provincial coach in Quebec.

The newly minimalist national team for the upcoming season, which is the 2020 nationals podiums - Liubov & Charlie (for obvious reasons) + Laurence & Nikolaj.

Is it pared down due to budgetary constraints, or just the fact there little to no competitions this season?

Flying Feijoa said:
Is it pared down due to budgetary constraints, or just the fact there little to no competitions this season?
Click to expand...

No indication as to either; if they're feeling strapped for cash it's not reflected in the NextGen team already announced.
S

What happened with Aurora Cotop? She is not listed among senior ladies.

limiting the team to ONE event : nationals is stupid...

1) it prevents up and coming skaters (let's say Jo Phan or Conrad Orzel) to be funded until they are podium ready.. .well.. that makes no sense...

2) it doesn't help the general elite skaters who year after year may place anywhere from 1st to 5th... especially in singles where right now, there is a lot of movement as the talent is mostly still developing... a guy like Roman could that way lose his funding if he finishes 4th this year at Nationals and that would be so wrong... Athletes need to get funding OVER SEVERAL YEARS to develop... I suspect this method, if it's there to stay, will be a career ending factor for many.

How can they name Alicia for worlds, and then look over her for funding, giving it to teenagers who have not really done much yet if anything on the senior circuit???

How can they risk funding only two pairs when 2 of the top 5 pairs split/retired this year.

Nothing in this makes sense, unless they have given more money to the provincial associations to fund their top athletes who are overlooked by Skate Canada
You must log in or register to reply here.