2021-2022 U.S. Men's Figure Skating | Golden Skate
Menu
Log in
Register
Navigation
Install the app
More options
Contact us
Close Menu
You are using an out of date browser. It may not display this or other websites correctly.
You should upgrade or use an alternative browser.

Well, someone has to create the cotton-picking thread. And since I did it last year and the first international competition went underway this weekend, now’s the time!

Chen : He’s coming into the Olympic season practically unchallenged. He’ll be sloppy in the beginning, but elements will be cleaned up by the Grand Prix Final. I don’t expect to see six quads in a free skate unless the 4Lo is absolutely competition-ready. Otherwise, he would benefit more from just adding a 3A combination instead.

Zhou : Zhou redeemed himself this weekend with two very solid skates. I’m not going to lie: I rolled my eyes hard when I first heard his SP music – the title and the always over-the-top Josh Groban is a terrible mix – but it’s actually his best SP yet. Or rather, his performance of it is. I still find his skating nondescript, but he’s made impressive improvements and I think the SP will finally break him out of the shell he seems to have contained himself in.

He’s going to Nebelhorn, but I don’t think that was ever in question if one were to take his Worlds SP as an isolated incident. He lost the spot so he should earn it back.

Brown : Probably has the best set of programs out of all the American skaters. His goal is to make the Olympic team and, well, the only skater that will stop him from doing so is himself.

Ice is slippery, but it ain’t that slippery. The above will be the Olympic Team as there’s only one skater that could realistically play spoiler:


Yaroslav Paniot : The years away from international competition will hurt him. Placing fourth in a B-level competition hurts further. Unless there’s another head-to-head competition before October, the extra slot for Skate America will deservedly not go to him. And he very much needed it. He has competitive tech, but he’s just not confident enough to make a statement. He still has a chance – a very slim and improbable one – but Paniot will only make the Olympic team if he makes a strong case in other competitions leading up to January and gets the silver medal at Nationals. If he gets the bronze then it needs to be by an indisputable margin or he’ll lose out to “body of work.”


Naumov : After Torgashev, Naumov is my favorite of the up-and-coming American skaters. He knows how to sell a performance and both of his programs have interesting choreography. I do believe he landed his first quad in international competition this weekend, winning the bronze. He placed in the top 5 last year at Nationals with an excellent free skate and I can see him repeating the feat this year.


Jimmy Ma : Well, well, well. Look at what we have here. Winning silver at Cranberry is a great follow-up to his 6th place finish at Nationals. Ma is on the older end of the age spectrum for a figure skater, but he seems to be seriously motivated and is willing to step outside of his comfort zone and try something new. I’ll accept the manbun if he continues on this path.

Hiwatashi : He’s going for two quad SPs and he added a 4S to his free. I still don’t know what to make of him, but as of now, the tech is too much for him.

Krasnozhon announced his retirement a few months ago. Around this time last year, I said he’s in danger of not getting a GP or any other international assignment as he’s not improving but his peers are. His disastrous short last year at Nationals was the final nail in the coffin. I’ll miss him dearly, but I’m actually glad he decided not to stick around.

Pulkinen : An absolute hot mess that will be in Krasnozhon’s position by next year.

Ilia Malinin . For some reason, I forgot about him and his multiple quads. He made a splash last year at Skate America with good jumps (and terrible spins) and he'll be on the JGP this year. He's apparently doing 4 quad layouts already which I somehow completely missed. He doesn't need to be so extra at the junior level, but I welcome the ambition.
Last edited: Aug 16, 2021
S

Don't forget about Ilia Malinin. He scored 166 in the FS (2nd highest for a US man this season) a few weeks ago at the Chesapeake Open and went for a crazy 4 quad layout at Skate Milwaukee.
C

Malinin is at JGP FRA1 this weekend. Stay tuned.
Y

Added. I completely forgot about him!

I am excited that the JGP series starts this week.

Update: Eric Prober and Broussard are on the JGP Russia entry list that the ISU published today.​
ETA (on Aug 19):

FWIW, the USFS assignments page lists only Eric Prober for JGP Russia.
The USFS page was last updated on Aug 18, and it does not list Lucas Broussard.​

YuBluByMe said:
... The above will be the Olympic Team as there’s only one skater that could realistically play spoiler: ...
Click to expand...

Agree that it will be an uphill climb for Ma, Naumov, or Paniot to be in contention for the Olympic team.

But at this point, I think their chances all are in the same ballpark, now that Jimmy and Maxim clearly have outscored Yaro at Cranberry Cup.
I like all three of these guys. Yaro is capable of improving over the course of the season, but the same is true of Jimmy and Maxim.

(Maxim already has a GP assignment, as you noted.)

YuBluByMe said:
Well, someone has to create the cotton-picking thread. And since I did it last year and the first international competition went underway this weekend, now’s the time!
Click to expand...

We absolutely need to change that bolded phrase.

Haha, I really like this kid. One has to applaud his energetic confidence and I can only hope that he remains this positive whether he goes through ups or downs in his skating future.

I'm a huge advocate for supporting our youth through positive encouragement. After all, life will bring its own set of complications and the least I want is a kid being buried by negative press or brash criticism.

I love this interview. I love the brashness and he is definitely mentally in the right place. Hurrah! I was pretty impressed by his FS at SA last year, but I'm glad he's going for the JGP again. I'd like to see him at the OG in 2026, but not just yet in 2022. But boys with ambition should definitely give it a try! And he will. Go for it!

Congratulations to Jason, Vincent, Kaitlin Hawayek, and Danny O’Shea -- who are this year’s recipients of World Team College scholarships, per USFS announcement today.


" ... Eligible current and former World Team members must display financial need for a college education and have contributed to U.S. Figure Skating or community organizations. ... 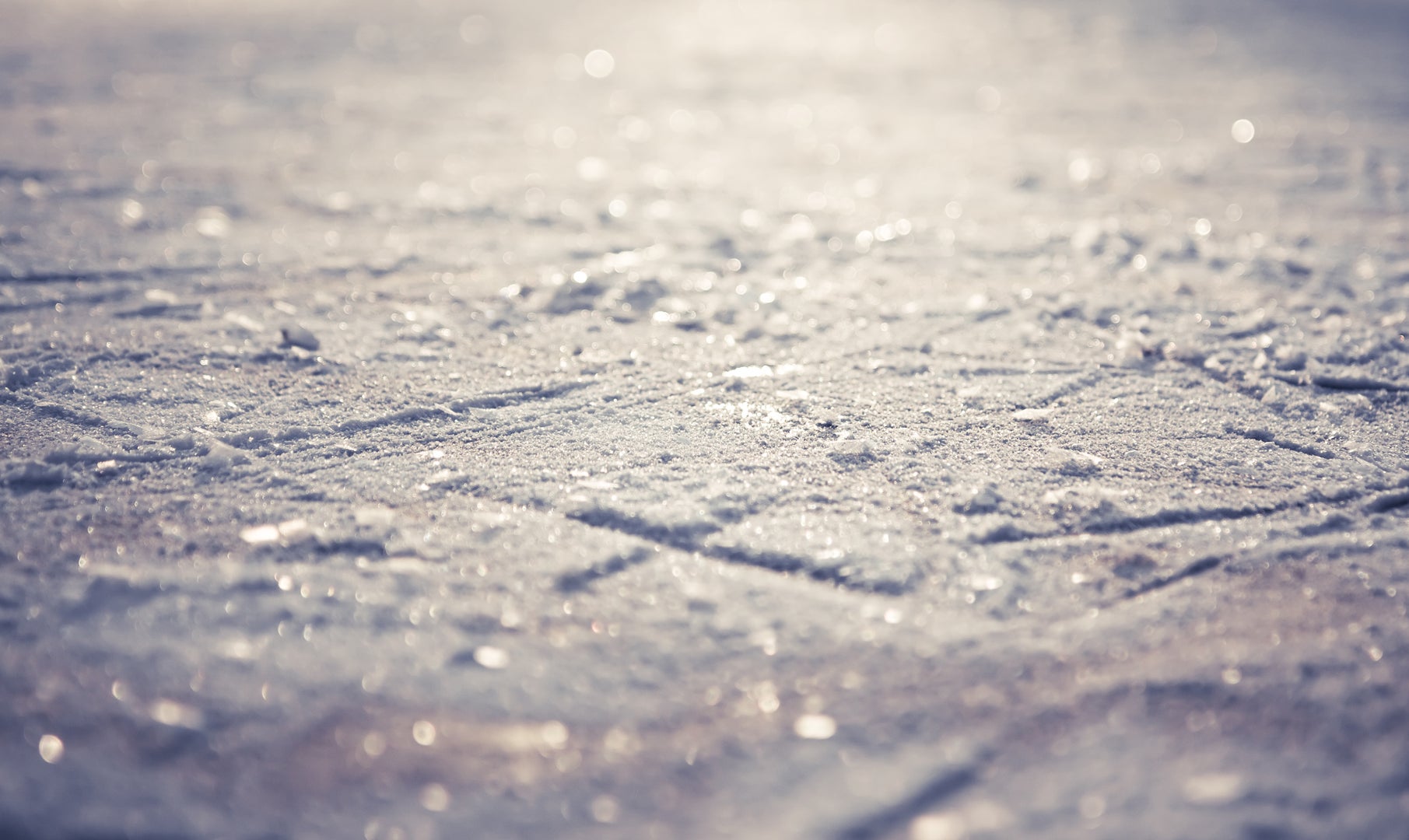 Does Yaro have citizenship yet? I know he got his release, but citizenship takes longer and i don't know if i have heard that happen and it would need to for him to be Olympic eligible.

StitchMonkey said:
Does Yaro have citizenship yet? I know he got his release, but citizenship takes longer and i don't know if i have heard that happen and it would need to for him to be Olympic eligible.
Click to expand...

According to an interview he did, he should have it sometime late this year.
T

For the US men, Vincent and Ilia seem ready to start the season. With 300+ points Vincent poses a big threat to the Japanese and Russian men. If Ilia wins two JGPs and JGPF, he could challenge Jason for the third Olympic spot (I assume Nathan and Vincent would get the other two spots) and bury the other US men with 3-4 quads.
T

Vincent is no Jason but I really appreciate how hard he worked on that short to make it expressive, musical, and enjoyable to watch. The long tho...its kind of amazing how he can do so many quads, underrotate every single one, and stay on his feet anyway. No one else is doing it like him lol.

Tanya said:
... The long tho...its kind of amazing how he can do so many quads, underrotate every single one, and stay on his feet anyway. ...
Click to expand...

Vincent had only one underrotated quad in his Cranberry free skate, per the tech panel.
The other four quads in his FS were called as fully rotated.

The USFS page was last updated on Aug 18, and it does not list Lucas Broussard for JGP Russia -- although he is on the ISU's entry list as of Aug 17.
K

ice coverage said:
Vincent had only one underrotated quad in his Cranberry free skate, per the tech panel.
The other four quads in his FS were called as fully rotated.
Click to expand...

Only one being called doesn’t mean it was the only underrotation he had. Remember this was an American competition and he frequently gets the benefit of the doubt here.
S

I also just noticed that Ilia has added Raf to his coaching team.
K

I remember loving Ilia’s jumps at Skate America and thinking he needed to work on his spins/non jumping elements. What an improvement here! Definitely earned that first place.

kirauza343 said:
Only one being called doesn’t mean it was the only underrotation he had. Remember this was an American competition and he frequently gets the benefit of the doubt here.
Click to expand...

Cranberry Cup was an international competition held in the U.S.

All members of the Men's FS tech panel were ISU-level:


Technical Controller: Emilie Billow, from Sweden
Technical Specialist: Denise Williamson, from USA
Assistant Technical Specialist: Kontantin Kostin, from Latvia​
If Williamson were the only member who thought a jump was rotated, it would have been insufficient for the panel to credit the jump with rotation.
For a jump to receive credit for rotation, at least two members of the tech panel would have had to think it was rotated.
Last edited: Aug 19, 2021
C

I thought Circelli would be 1st at Courchevel, after the SP, but was shocked at how much Ilia has improved---he even took a slight PCS lead over Corey. And then Ilia has a huge TES advantage in the FS.....
You must log in or register to reply here.