2021 Autumn Classic: Pairs Free Skate | Page 10 | Golden Skate
Menu
Log in
Register
Navigation
Install the app
More options
Contact us
Close Menu
You are using an out of date browser. It may not display this or other websites correctly.
You should upgrade or use an alternative browser.

thanks. It didn't work for me yesterday, and I still don't know what I was doing wrong. I had to wait for the replay in order.

snowflake said:
Congrats to the medalists!

Cool that Japan has a top scoring pair teem!
Click to expand...

and with Kana & Dai Japan could win Olympic Team Event

I go wash my face and brush my teeth before the ladies start, and take a walk outside in the dark because there are rumours about Northern Lights outside today and I wan´t to see that so bad!

elektra blue said:
i must find something to do too, women are in a hour, right?
Click to expand...

An hour and 15 minutes, I am this close to dying
M

How wonderful to see a Japanese pair on the top of the podium!

Congrats to the Japanese kids, great job on both days. J/R need a bit of fine tuning and I hope Ashley gets her strength back soon.
S

elektra blue said:
i must find something to do too, women are in a hour, right?
Click to expand...

You can knit some mittens for Finlandia

Ichatdelune said:
An hour and 15 minutes, I am this close to dying
Click to expand...

why do they make us wait so long? 25 minutes of Zamboni weren't enough?

snowflake said:
You can knit some mittens for Finlandia
Click to expand...

nice idea but i can't knit

I'm finally here. Have to wait for the FS to turn up in the rewatch streams. I hope it was a great evening of pairs skating! I'll read through the thread while watching (always love reading all the comments on the skates).

CherylDee said:
I'm so sorry, if there's any consolation, I wouldn't have paid for Peacock, it just happens to come free with my ISP Xfinity.
Click to expand...

LadyB said:
No worries, just watched it on YouTube.

So did I. That lame Peacock would only let me rewind to the 2nd couple. So I had to watch H/D on YouTube. Glad I didn't pay for that mess.
A

skylark said:
Is the link for the live stream the same as the replay? I had some phone calls and I missed some .
Click to expand...

In case you did not see it, replay of Pairs FS is available here: 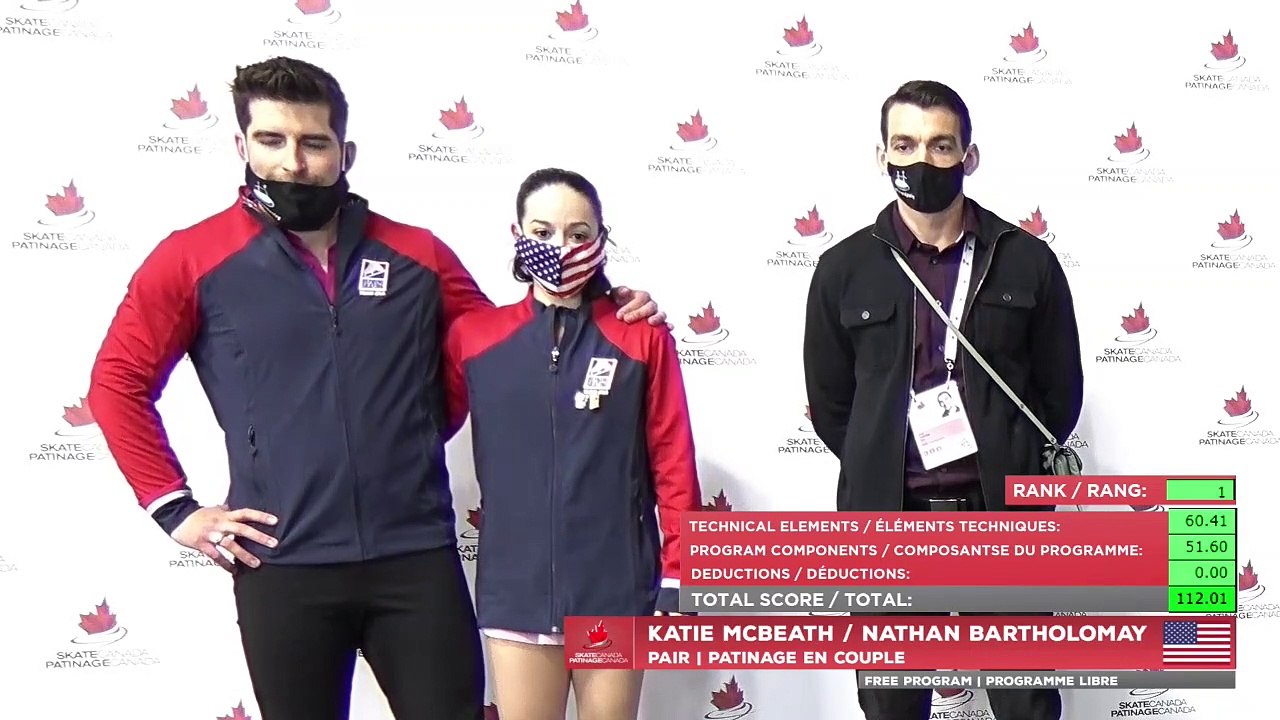 SkatersWaltz said:
At this rate, they might not beat Evelyn and Trent at Nationals. Also, not loving the program (but I'm not a fan of Harry Styles (at least not for figure skating choices).
Click to expand...

It is pretty generic program, almost a giant yawn. He actually looks very strong, and she does not. I thought the opposite would be the case.

That was a great watch. Some truly beautiful programmes, if with some mistakes by most of the couples. That's okay. It's September. I am rather in love with Deanna and Maxime's programme. Not perfectly performed but so lovely. And Katie and Nathan...their joy is just glorious. Glad to see Ashley and Timothy going back to a wonderful programme from some years ago. Those lines (I keep repeating myself on this)! And so lovely to see Timothy really taking care of Ashley. She has suffered Covid-19 after all, and definitely was out of air (after some falls). I'm also pleased to see Jessica and Joshua so improved. I really like Lori-Anne and Thierry but it wasn't their day. And to finish: yay for Riku and Ryuichi! Well done!

I again like the combination of Kevin and Meagan as joint commentators - and always after the skate during the replays of some of the elements. Insightful.

Ashley looked exhausted and out of breath at the end... hopefully she's OK.
I had R/R winning, and I'm so happy they delivered. They're going to be a real threat if they keep on improving
B

This is a nice win by Miura/Kihara (and perhaps a record-setting win by a Japanese senior pairs team, as Meagan Duhamel was wondering).* Good for them. The judges clearly rewarded M/K for being the cleanest of all the competitors. M/K received about 3 points higher on PCS in the fp than Vanessa/Eric (obviously largely due to the number of mistakes made by V&E, which affects how judges score PCS), whereas V&E held only a 2-point lead in PCS over M/K in the sp. Which as I mentioned in the sp thread was miniscule enough that I didn't understand the complaints by M/K fans. As I said, M/K were in a good position to win, and they won as the team who skated a great sp, and a very good fp (with some minor miscues). We shouldn't dismiss though that V&E, regardless of their mistakes at this event, are champion pairs skaters with their former partners. If V&E had skated cleanly, they would have likely won, especially with the event taking place in Canada.

I agree with Meagan that there are still fine-tuning and polishing improvements that M/K need to make (e.g, with technique and execution on lifts; improved lift positions for Miura, etc.) But this is a great win for this team, which is sure to further stoke their confidence. I'm not surprised to see M/K skate well. They showed last season that they were a delightful team, on-the-rise. Still, I think the huge jump in scoring for M/K in the sp is rather high. It definitely is a statement by the judges that they like what they have been seeing in M/K, and that if M/K continue to skate consistently well, the judges will reward them. It's also a statement by M/K for the middle to top second tier of pairs competitors. At this point though, I don't see M/K threatening the high-rated Russian and Chinese skaters for the podium. Of course, anything can happen in figure skating, but M/K still have some further improvements to make and they know it, and their coaches know it.

* I checked Takahashi/Tran's record. T/T won silver and bronze medals internationally as seniors. As juniors, T/T won an event on the JGP circuit, and they also won the JGP Final during the 2010 - 2011 season. Therefore, M/K's win is likely the first senior pairs win at an ISU championship for Japan. But T/T hold the junior pairs record for international wins by a Japanese ** pairs team.

ETA:
** Of course, Mervin Tran was born in Canada, and he's Vietnamese/ Cambodian by heritage. He represented Japan for five years with Narumi Takahashi. They split soon after winning the bronze medal at Worlds in 2012. The split was chiefly due to the difficulty of Mervin being able to obtain Japanese citizenship. That's too bad, because Narumi & Mervin were very well-matched and successful. They might have been able to continue improving and perhaps ultimately have reached greater heights together.
Last edited: Sep 18, 2021
You must log in or register to reply here.