2021 Golden Spin of Zagreb: Pairs Short Program | Golden Skate
Menu
Log in
Register
Navigation
Install the app
More options
Contact us
Close Menu
You are using an out of date browser. It may not display this or other websites correctly.
You should upgrade or use an alternative browser.

The three top Canadian pairs will be duking it out here! That should provide a spike of energy and excitement.

Also, three of the top four American pairs will be wanting to show their best. I don't know why I don't say they're duking it out. Whatever you call it, their participation adds to the juiciness and allure of the event too.

Three pairs from Australia too! This is abundance. I'm looking forward to seeing Harley Windsor with his new partner.

And Balazs Nagy with his new partner for Hungary! More suspense. I'll mention Karina and Luka, skating for Georgia, whom I enjoyed at an earlier event.

All the best to all the competitors!

And there's the Finnish couple too!

Well done to Australia for fielding 3 Pairs, it could be their national championship. I’ve been very impressed G/GM on the JGP and it will be interesting to see how Harley Windsor skates with his new partner.

A big battle for the North American teams. Personally I’d like to see C/J come out on top but I’d imagine the judges will be favouring K/F and J/R. MT/M have been a mess this season, they need a strong skate, they really haven’t handled the presence of J/R well at all.

Best of luck to both Georgian teams, this could be a mini Olympic battle for them.
B

skylark said:
I'll mention Karina and Luka, skating for Georgia, whom I enjoyed at an earlier event.
Click to expand...

Yes, I haven't been aware of Karina/Luka, so I checked. They are a nice-looking team. I'm also captivated by the other team from GEO: Metelkina/Parkman (whom I saw I think for the first time at an event this fall). 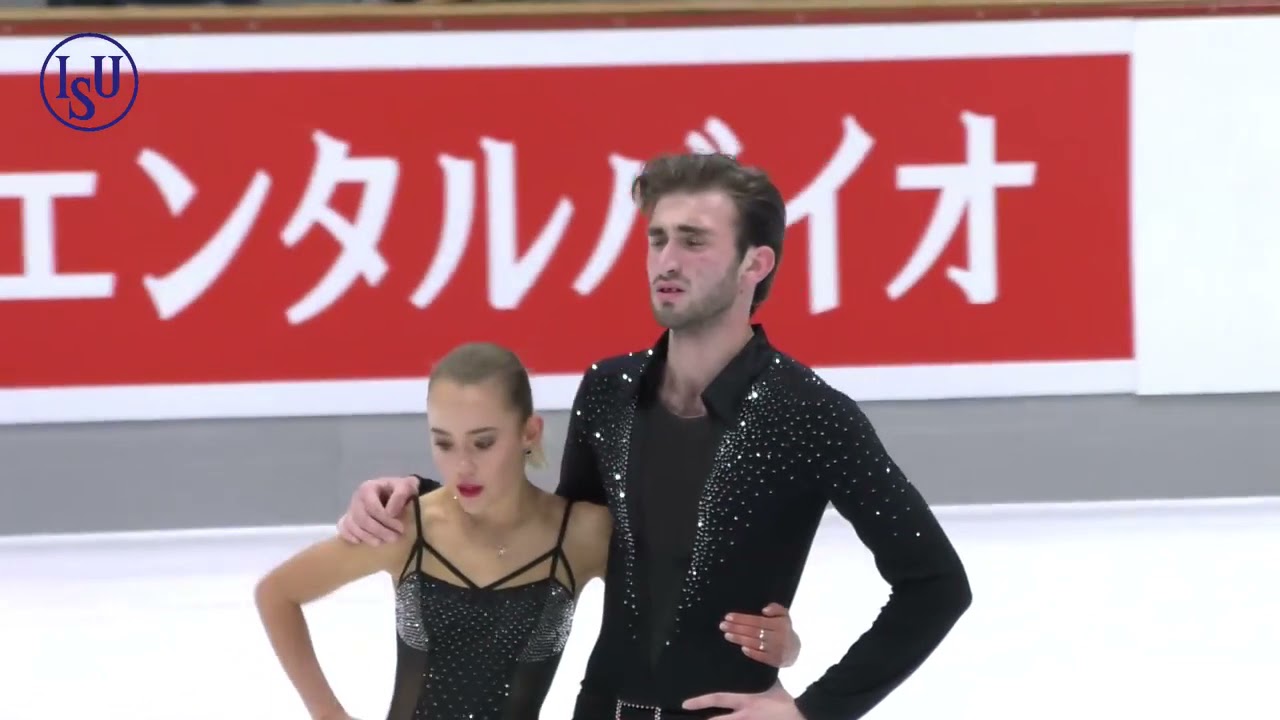 Despite the one botched lift, Karina/Luka are a well-matched, promising team. At the end, Luka was so upset about the missed lift (reminds me of how upset veteran, Eric Radford was with his missed lift with Vanessa at IDF, when they were on pace to make the podium). Luka also nearly fell out of his position during the death spiral, so a lot of seasoning is needed, but it's exciting to see these interesting pairings who have wonderful potential.

Here's Stasia Metelkina & Daniil Parkman at Budapest Trophy. They possess a raw power and energy, fueled in large part I think by Parkman's seeming larger than life personality, his large frame, and the way he moves over the ice so passionately and uniquely. His hair was OTT here, but that's okay. I think he's toned it down since. LOL! 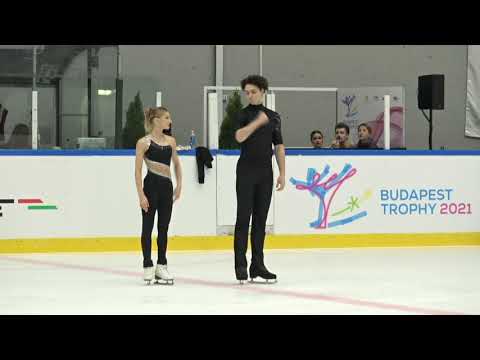 Of course, both Georgian teams are young and rough around the edges, but both appear to have exciting potential. Stasia/Daniil for me are reminiscent of the style and kinetic energy we saw in James/Cipres, and they are to some degree physically reminiscent of Savchenko/Massot.
Last edited: Dec 10, 2021

Pairs is still starting at 19:15 in the updated schedule.

And probably it will be the same livestream all day

Really hope that Evelyn and Trennt have a better outing here, regardless of scores in comparison to J/R and M-T/M - I just hope they have a performance that shows off their hard work and is something they can be proud of

So, I have a few minutes to watch here, and have turned on the stream, only to find myself in an endless loop of something called Phantasy Garden. Have there been skates worth rewinding the tape for, while I wait?

Seven Sisters said:
So, I have a few minutes to watch here, and have turned on the stream, only to find myself in an endless loop of something called Phantasy Garden. Have there been skates worth rewinding the tape for, while I wait?
Click to expand...

the top 5 was good

Looking forward to this! A good few pairs who have my support!

Hello all! Missed the men but looking forward to the pairs!
S

Really hoping Kirsten and Michael are back close to their old form. If they drop behind Evelyn and Trent here it will not help their confidence going into Nationals at all. Also would love to see Vanessa and Eric put together 2 good programs.

Back from store in literally the nick of time.

Good morning, Good afternoon, Good Evening, Goodnight, everyone! I missed the men to am looking forward to the pairs!

Seven Sisters said:
So, I have a few minutes to watch here, and have turned on the stream, only to find myself in an endless loop of something called Phantasy Garden. Have there been skates worth rewinding the tape for, while I wait?
Click to expand...