2022 Canadian Nationals: Senior Pairs Free Skate | Page 6 | Golden Skate
Menu
Log in
Register
Navigation
Install the app
More options
Contact us
Close Menu
You are using an out of date browser. It may not display this or other websites correctly.
You should upgrade or use an alternative browser.

Joe Mendoza said:
sorry - so much to catch up on, but was there finally a reason for why James and Radford withdrew?
Click to expand...

They were battling COVID during the Christmas season and it takes time to regain your strength/health not to mention the loss of practice time, stamina and such. 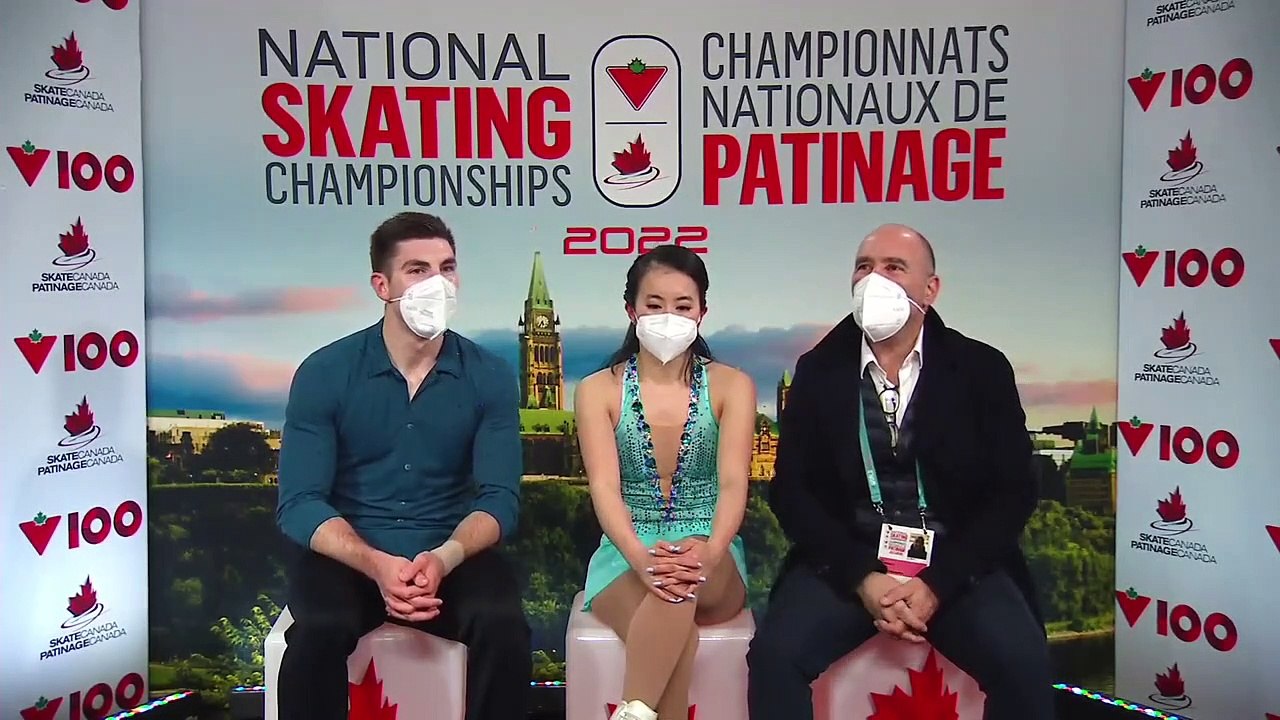 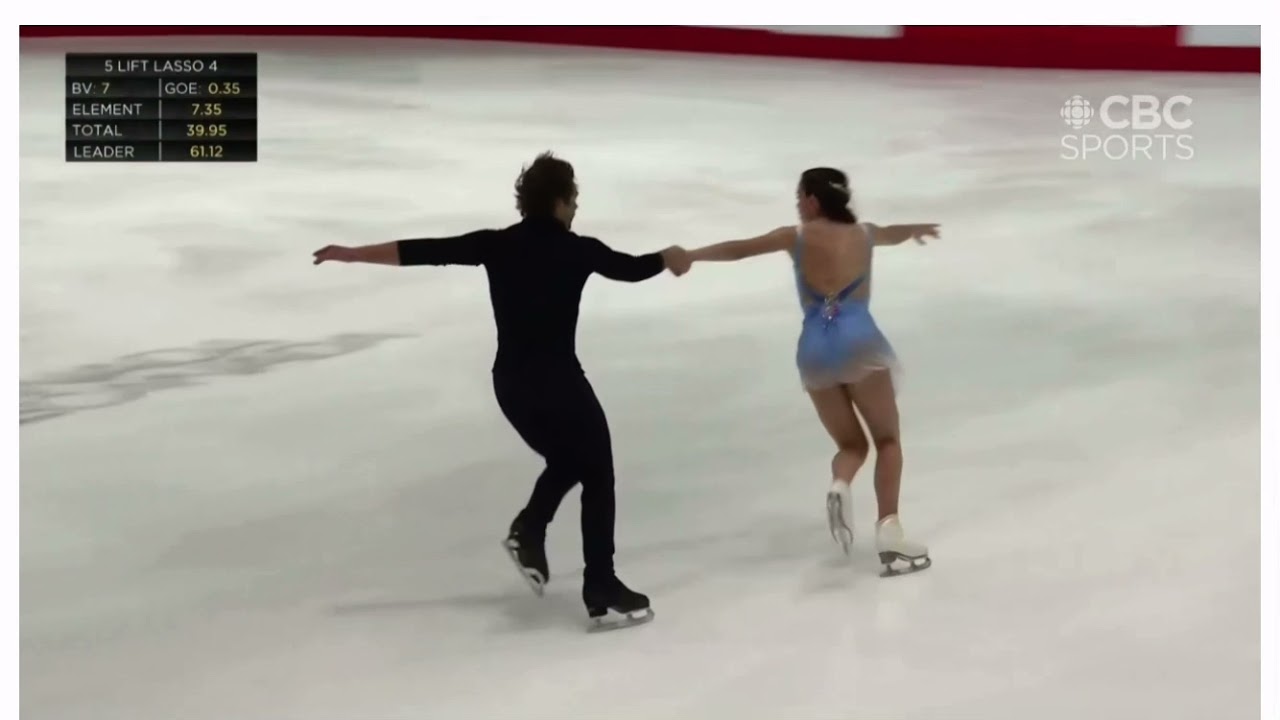 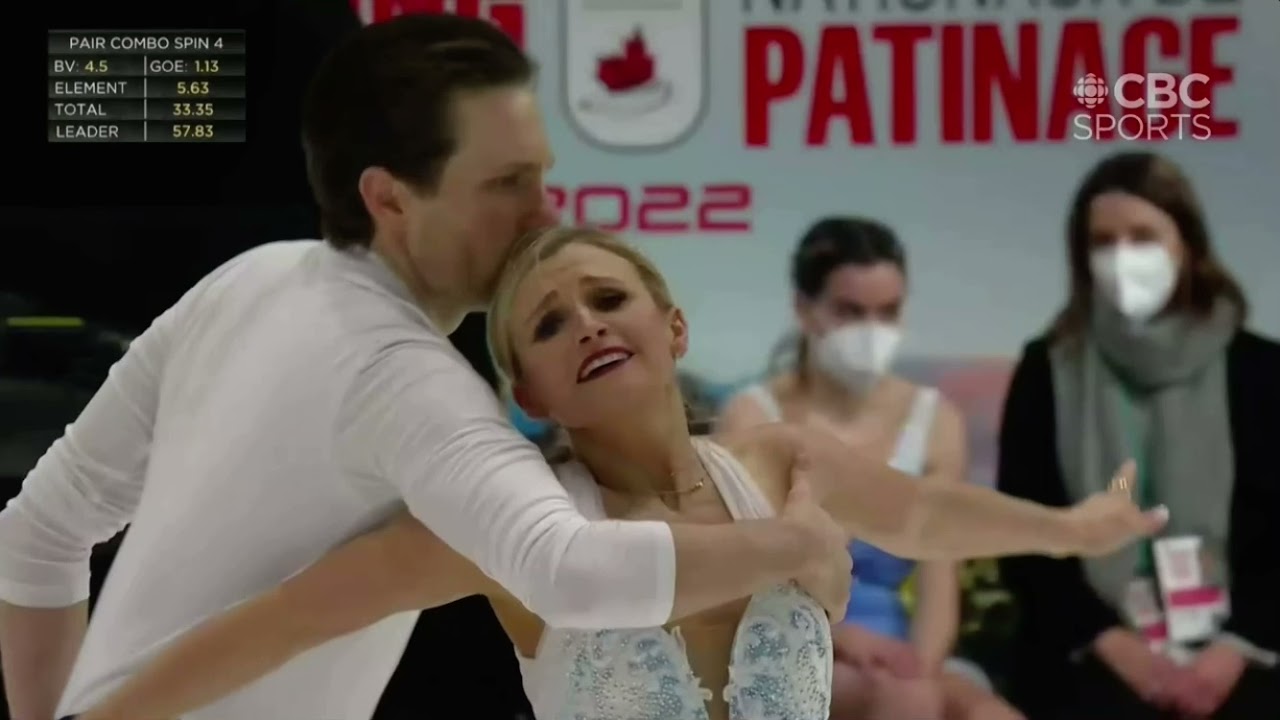 Kirsten Moore- Towers/ Michael Marinaro. scored 139.52 for FP and total score was 212.54 that make them Canadian Champions for 3rd time !

leilaraj said:
Why would an athlete withdraw from competition because they don't feel well enough to compete, just to stay in the arena and watch their competition while in the high of a pandemic?! Again, they chose to go the easy way to withdraw and possibly hoped others would fail. Pure provocation on J/R´s part and it backfired! It would be a shame if Canada sends them!
Click to expand...

Wow, what a strange indictment by you. I think it shows that you never liked them being paired together in the first place. Accusing J/R of 'provocation' is completely uncalled for.

saturdaysun said:
It would be a scandal if J/R got named.
Click to expand...

Another cruelly negative, uncalled for comment. I wonder if Eric had paired with Luba and they came back to compete together whether the anger and negativity would be as intense and nasty from certain people, as it has been against Vanessa's pairing with Eric.
B

Balloon said:
I agree J/R deserve it.
some say W/M are the future.
I ask will he stay with her after this season, skating well at Nationals is the fame.
Click to expand...

Right. Walsh/Michaud are a nice team to watch. I appreciate their friendship and their loyalty to each other. But their potential as a team does not have a huge upside. W/M do tend to compete well at Cdn Nationals, and that's great for them. But internationally, there's a ceiling to how far they will be able to rise, even skating consistently clean, which they haven't done very well this season.

I know it's not always a good thing to say what athletes can and can't do. Ash & Timothy certainly proved critics wrong. But they also have worked extremely hard to develop a unique look on the ice, and they have improved in all aspects of their skating. They have some outstanding assets, such as their lines, presentation and well-rounded skills they've been able to enhance.

The reality in the sport of figure skating and in the pairs discipline is rather tough. There are physical realities and limitations with particular match-ups. W/M could continue and be consistent and place at a certain level internationally, but they don't have the potential to rise higher in the second tier against teams with better skating skills, more power and speed, and more difficult elements that gain huge GOE.

ETA:
In fact, Trennt might remain with Evelyn. They do have a good relationship. But then, I wonder if he's actually understanding and accepting their partnership limitations, or believing that they can do better somehow. Their coach should be honest about their prospects. Together they don't have enough power and pop. They can and have made incremental improvements, but overall the progress they have made is not good enough to move to the next level in the international pairs discipline. With a better matched partner, I believe Trennt could go farther.
Last edited: Jan 9, 2022

I rewatched their LP because I have read so many comments saying how great their performance was and how deserving they were. I had an underwhelming feeling when I first watched it, and I thought, let's give this a second chance.

I realized that my initial lack of interest for their performance probably came at first from the song they used and the lack of intensity/build-up in the program... so I decided to just look at the elements.

The death spiral is nothing special and gets a level 1. Already, that's a huge problem. A team of this experience should get at least a level 3. I am sure they can get higher levels and that they aim for higher levels... but the fact that they failed to get their level up here when it matters is an indication that things are not working out that great.

The twist is caught too low. Also a level 1 twist. It's never been a strong element for them. This is a major problem in the SP as well. A low level twist with not so good GOE can make a team lose quite a lot of points.

The 3t-2t combo : Evelyn has to turn in between jumps. Negative GOE

The 3salchow : not a bad one but a bit far apart. Also, I think they did 2salchows all fall... so clearly, we cannot say SBS jumps are consistent.

The throws : the loop has no amplitude.
The toe loop is bigger but Evelyn lands it forward.

All 3 lifts though they got their level 4 are very awkward and far from effortless. Lifts in pairs are high paying elements. They did get positive GOEs but quite low. Lifts with poor GOES can make a big difference (2-3 points per lift compared to the better teams). Each one of the lift had tentative transitions in the air, lacked elegant positions and extension and their exits were laboured.

The Choreo sequence : i think that's where they got their highest GOE ... that says a lot !

The pair spin was fine but not very memorable.

So what is stellar about this performance? I'd like to know. I do not see it.
C

I mean, I do believe a part of the reason J/R WD might have been the fact they wouldn’t be able to surpass the top 2 in their current condition, less so that they couldn’t actually compete. And though W/M did very well to climb up after they very, very rough season they’ve, it just doesn’t make sense to send them. Especially after the season J/R had.

The flack is mostly Skate Canada’s fault, tho. They could have handled the forming of the new pair in a much better way, and let results speak for themselves. Now, whatever happens in the second part of the season will either solidify the bet they made on J/R, or it will just turn even bitter a public opinion that’s not really good to begin with.
B

If you look at the report W/M 3S is also marked as slightly Underroated, which is fine if that’s where she is at. I’m sure we’ll see lots of pair girls today under 19-20yrs not landing bigger jumps and be criticized for it. But team USA had a mens and woman discipline to not choose the 1,2,3 national medalist I don’t see the reason for all this controversy. I guess W/M family friends and fans are upset and speaking up, good for them but I can’t see this helping a case with getting skate Canada in their corner.
I agree, younger teams with way less experience have higher quality or elements, I’m sure we’ll see more of that today. But possibly the friendship and bond W/M have created, will allow them to stay together, and I’ll wish them the best.
You must log in or register to reply here.