Andrei Mozalev | Page 5 | Golden Skate
Menu
Log in
Register
Navigation
Install the app
More options
Contact us
Close Menu
You are using an out of date browser. It may not display this or other websites correctly.
You should upgrade or use an alternative browser.

Andrei Mozalev on his surgery, new programs and the Olympics​


- Practically all skaters now post photos from prestigious resorts, and you continue to train in St. Petersburg. Is it related to the upcoming graduation of the EEG?
And with that, too. Although in previous years I had a vacation in late May - early June. Now it was necessary to recover from surgery on the leg.

- Was it possible to avoid surgery?
Alas, no. It was impossible to continue my career without a timely operation. He was out of the training process for a week and a half. I didn't do anything at all, I was lying at home on the couch. Then they allowed to load my foot in the gym, to engage in general physical training. Only two and a half weeks after the operation went out on the ice.

- Do you explain the failures in the last competitions with injury?
I wouldn't focus on it. If you go to the competition, show a decent rental and the corresponding result.

- How do you assess last season as a whole?
First of all, I finally said goodbye to junior tournaments and moved to the adult level. During the season I tried to perform two different quadruple jumps in both short and arbitrary programs. It didn't always work out, but at successful rolls he competed with the leaders of the Russian national team.

- Are you amplifying content in training now?
Let's not rush things. You will see at the checkouts and competitions in the upcoming season. Now, I think, he has fully recovered from his injury. In parallel with the restoration, new programs were working on.

- Will you appear in new images in the Olympic season?
And let's not rush the answer to that question. You'll see it in the fall. I can only say that I worked with my regular directors Igor Koshcheev and Denis Lunin.

- At least twice as many skaters will qualify for three tickets to the Russian national team in the Olympic season...
The competition only spurs me on. And it's always been that way. Rivals make better work in training and show their maximum in competitions. I hope I encourage them, as well.

- In your last junior season, you competed with Yuma Kagiyama, losing to him at the Youth Olympic Games in Lausanne and winning the 2020 World Cup in Tallinn. Was the Japanese figure skater's breakthrough at the 2021 World Cup in Stockholm, where he won silver, come as a surprise to you?
I can only congratulate him on his successful transition from junior to adult. The fact that Kagiyama skates well was no secret to me. Of course, in Stockholm without a share of luck was not, but to get ahead of Yuzuru Hanyu and Soma Uno, becoming the best in the Japanese team, it's superski!

- Your immediate plans are related to the EGE, and have you already decided on further studies?
I am going to study to study for a coach at the University of Lesgaft. I love this job. I even tried to study with small skaters, and it turned out well. I can't imagine myself in any other capacity.

- What qualities should a figure skating coach have?
The ability to remain calm in any situation and confidence in the correctness of their decisions. And not just confidence, but also the ability to pass it on to their students.

- Are you planning coaching activities in Kirill Davydenko's group?
I want to work independently, although it will be good to work together with my coach first.

- To be honest, would you prefer to win an Olympic medal as a figure skater or a few as a coach?
We need to aim for the maximum result. Both as an athlete and as a coach. It is very difficult for the current skater to survive even three Olympic cycles. In recent years, only Yevgeny Plushenko has succeeded. Hanyu in Beijing will have a chance to win his third gold.

- The Pre-Olympic Championship of Russia, which will be selected for the national team, will be held in St. Petersburg. Is that a plus for you?
I don't really care where to perform. At the competitions I strive to distance everything and do not notice any banners in my support in the stands, nor personal fans.

Nice to see the Selevko brothers attending too! Hope they learn some good tips off Andrei and his coach.

It seems Andrei has passed his final exams:

Is it too early to get nerves for this season?

waiting for news on anything Mozalev would enter and, of course,

gosh, the pressure must be crazy… 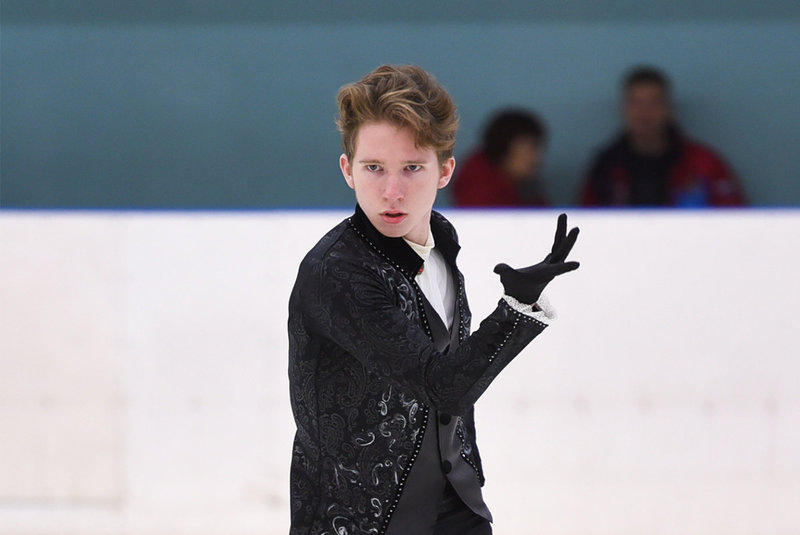 Best wishes to Mozalev this season and I am already worried about test skates!

I have looked 1492: Conquest of Paradise. Didn’t see the movie, but it was at the time criticized for not being epic enough. Judging from the summary, it focuses on the opposition Columbus encountered from both the Spanish and the First Nations vs glory. Potentially, Mozalev could be the son who is the POV character in the movie, coming to record the story of his disgraced and forgotten (at the time) father.

Saw it blink on the Instagram that Mozalev was leading in SPB cup after short. Not sure if it was final or interim lead, but the 3A looked good this time so I’m happy anyway

looking forward to catching up in the evening.


He won St. Petersburg Cup today, but the skate was really quite a disaster.

Hopefully he can get back on track for his GP assignment.


He won St. Petersburg Cup today, but the skate was really quite a disaster.

Hopefully he can get back on track for his GP assignment.

Gosh, glad he won, but afraid to look.

Oi, he is in a tough spot. I’ll pray some more.

Here he is with his trophy 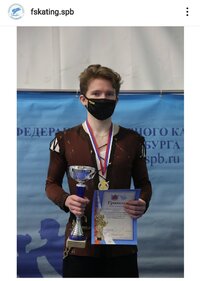 Andrei was awarded the title "Master of Sports of International Class"! Congratulations!

Upon watching the SP in Finlandia, I am afraid to breathe now. May Almaty ice Belsen slippery

Ice Star next for him. Crossing all fingers and toes for things to start looking up for Mozalev!

The Ice Star International Figure skating competition will take place in Minsk, Belarus, Oct 14-17, 2021. The event will consist of competitors in all disciplines in the Novice, Junior and Senior divisions and will be conducted in accordance with the ISU Constitution and General Regulations...

happy and relieved to see that things are starting to coalesce. Hope springs eternal

Saw this morning on Instagram that Mozalev made it to Nar-Sultan/Astana/Tzelinograd… the Right Place in Kazakhstan, so I am starting the official rooting and worrying session. If I could work with fingers crossed, I would! Good luck to Mozalev in the short for starters.