Artur Danielian | Page 30 | Golden Skate
Menu
Log in
Register
Navigation
Install the app
More options
Contact us
Close Menu
You are using an out of date browser. It may not display this or other websites correctly.
You should upgrade or use an alternative browser. 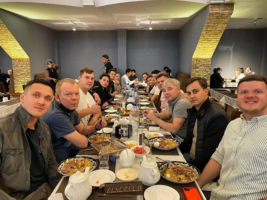 Visas will be obtained on the 7th. And they will train there in the meantime. 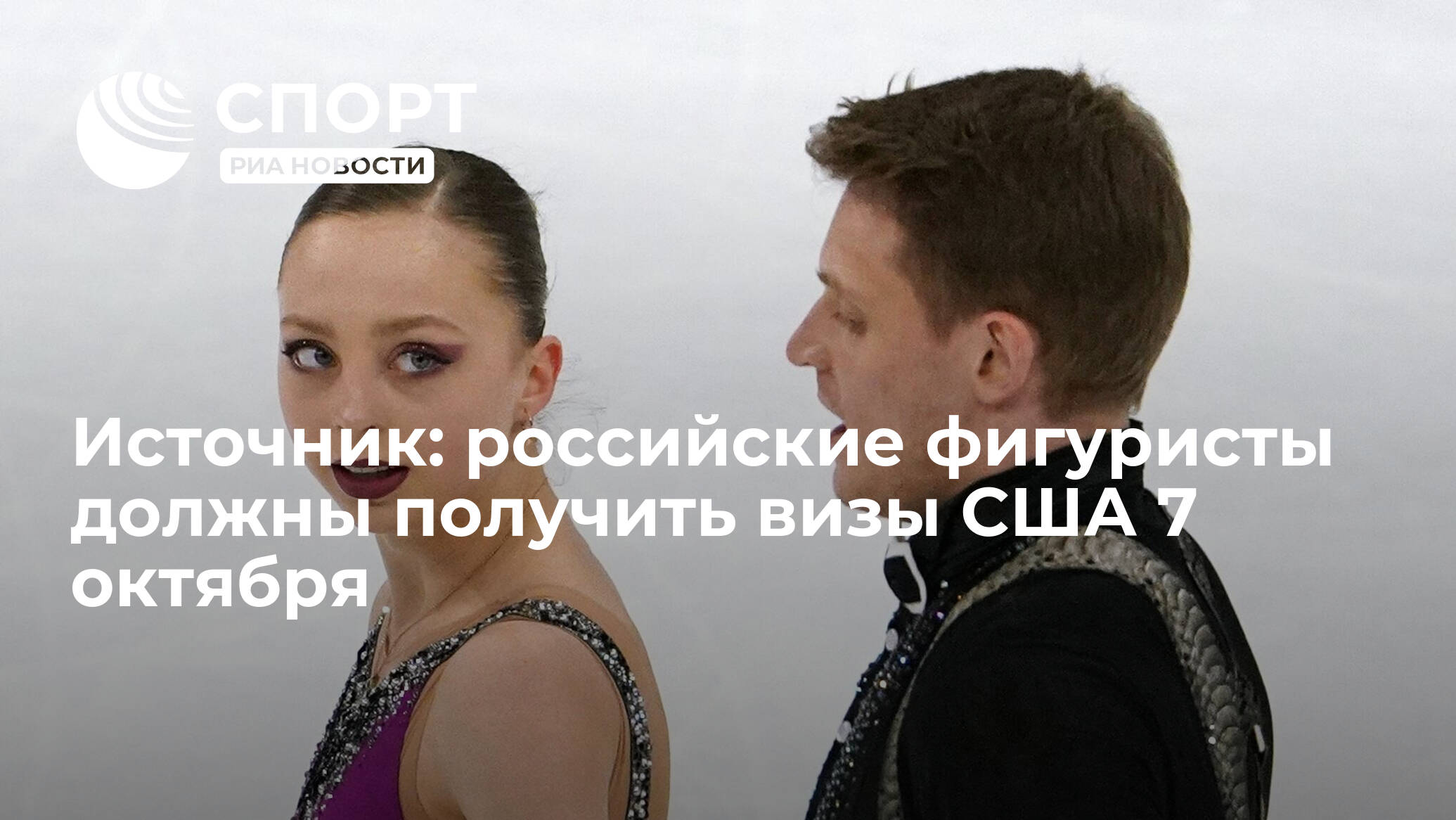 Artur has obtained his 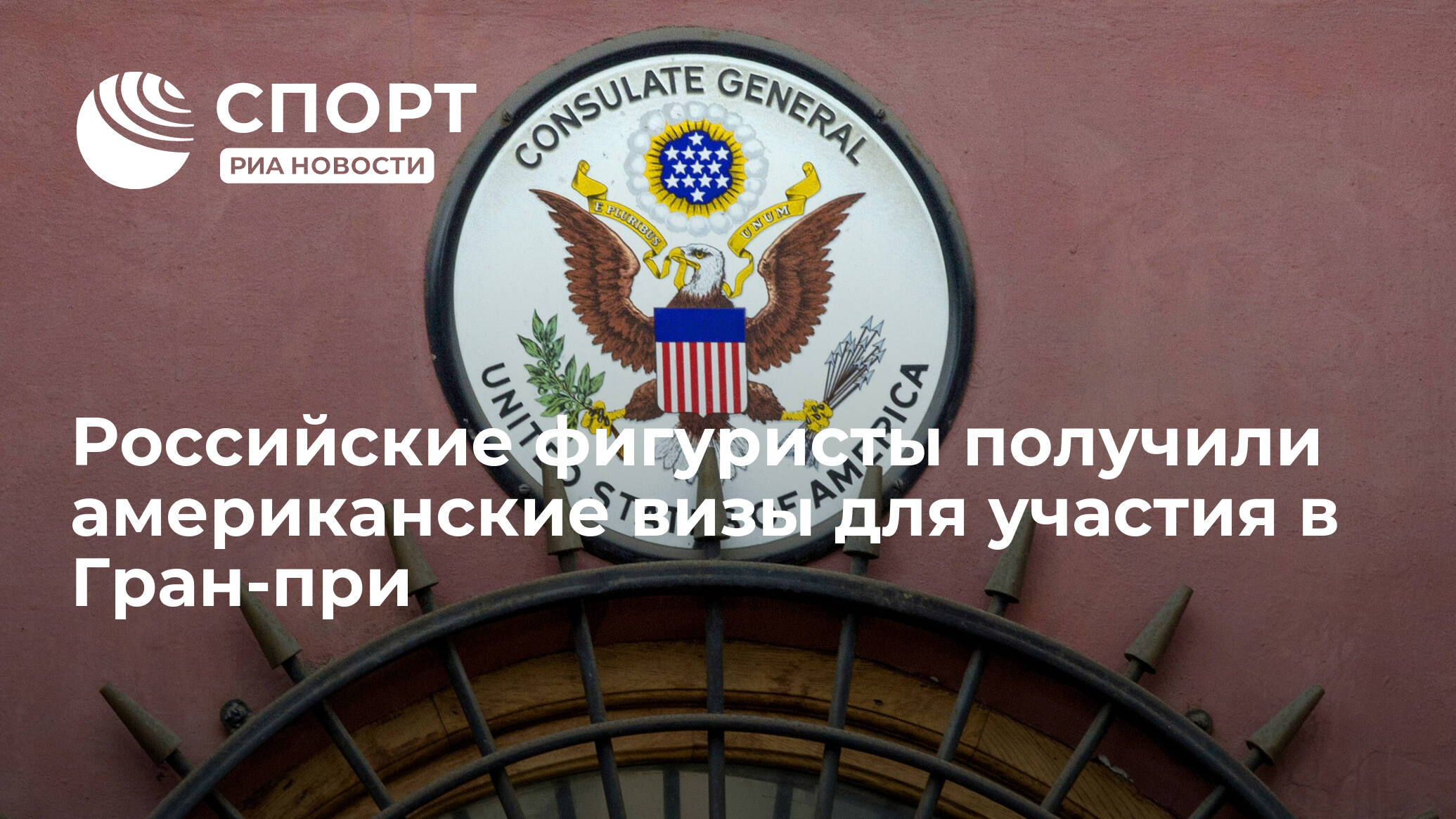 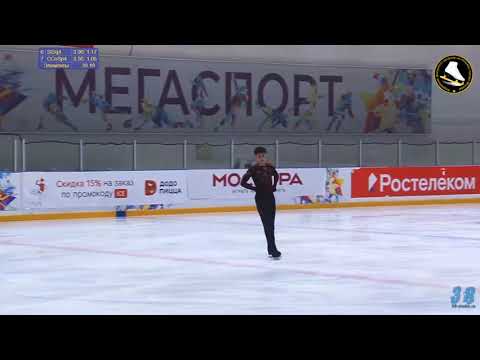 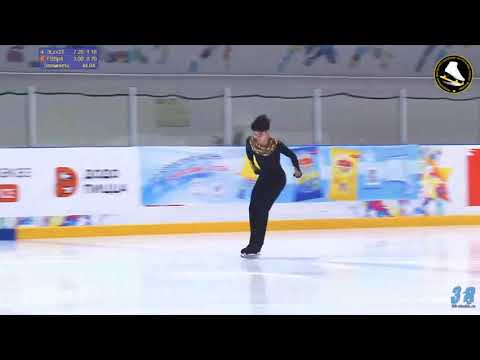 Glad to hear that! 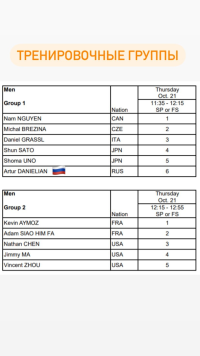 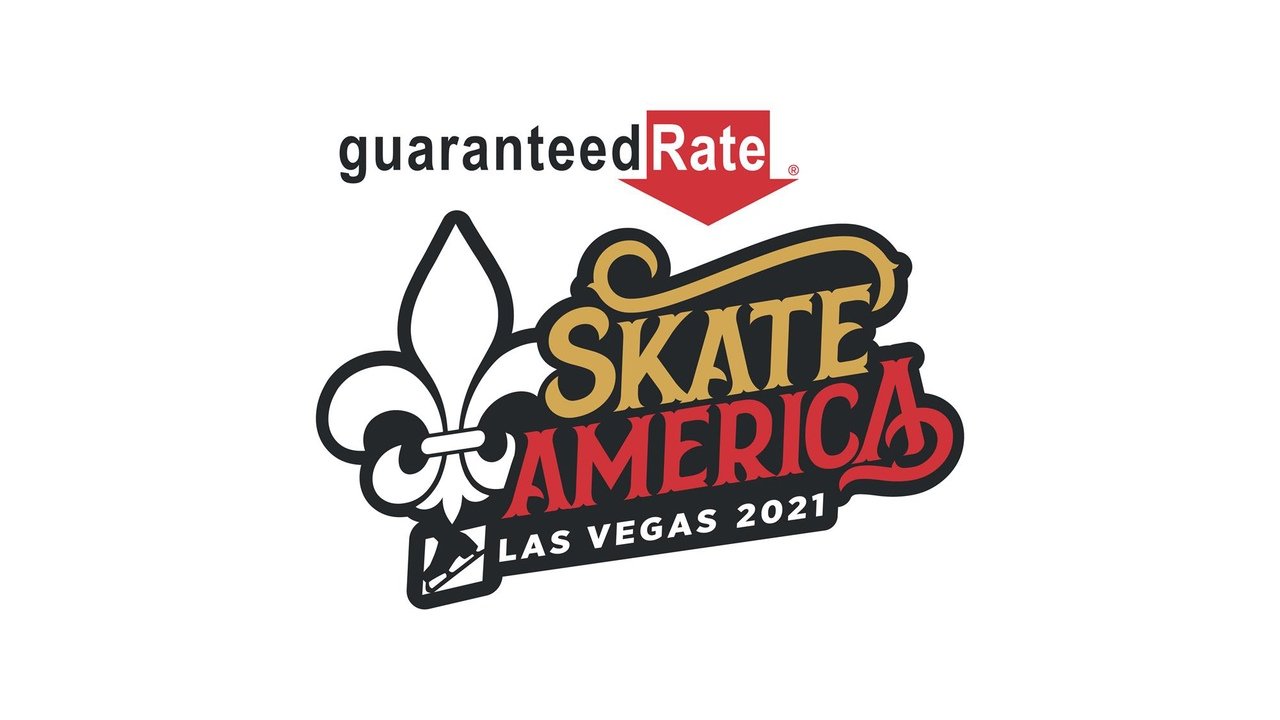 Your one-stop shop for practice notes at 2021 Skate America

I don't recall Artur jumping 4lo but I may have to check my footage, I recorded everything I'm uploading Artur and Kevin, unlisted, but am debating, does anyone (except me) really wants to see 15 mins of nothing but jumps and choreo

ETA: I watched the footage twice, there were no such 4lo

, ignore Jackie. Grassl was doing 4lo and apparently Uno so maybe Jackie confused him with Shoma

I remember there was a video of him landing a 4Lo when preparing for Worlds after Euros. Still it's strange he did a 4Lo? I thought he will do a 4T as a 2nd quad?

Here's his practice from today. It's 16 mins long

, I'll keep it up for a little bit. Hopefully tomorrow is better! And sorry, it's from my phone.

ETA: ah, he made fans on the other board, such kind words about his skating skills and presence

Not sure how accurate, he didn't attempt any quad toes. 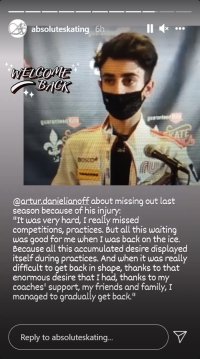 More from that interview here (Russian) 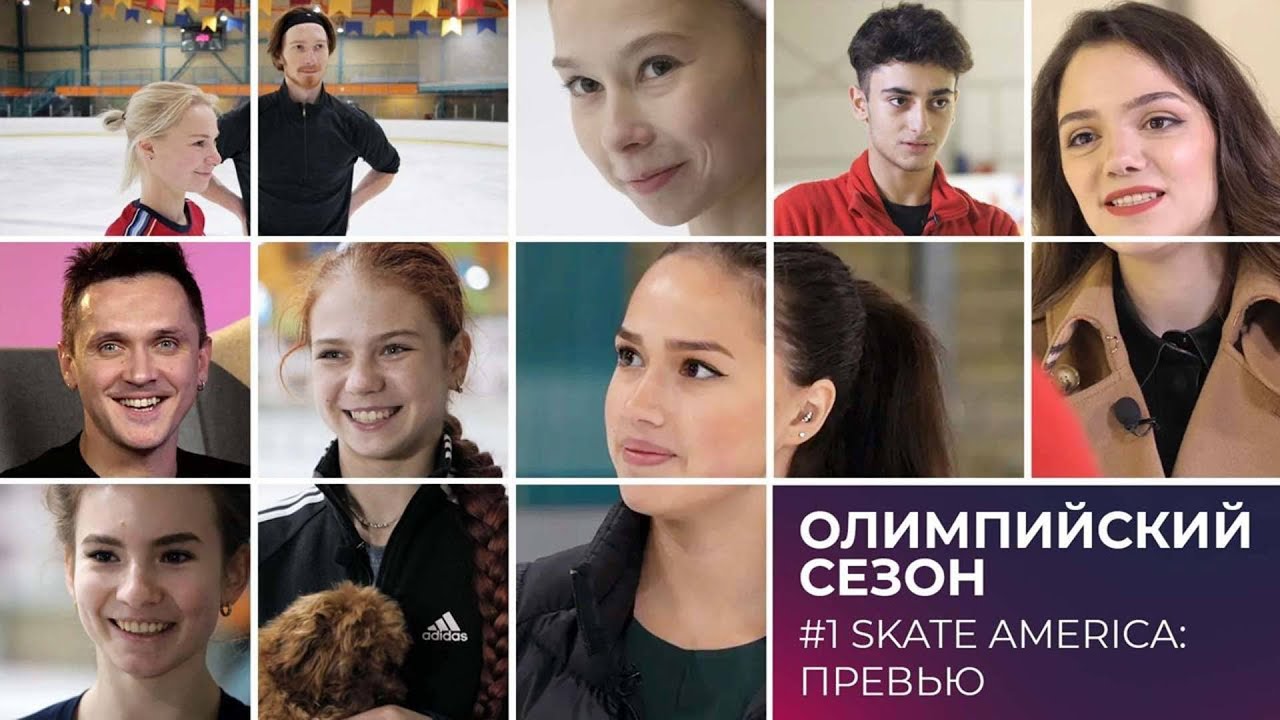 From USFSA, there are 2 shots of Artur towards the end, the final jump in his choreo sequence and his 3a somewhere before it!!!!

Artur is just so handsome!!! The steps to his SP when done with speed and attack is just FIRE!!! The audience was delighted. Jumps were better today! Skating skills are great! Fingers crossed for a good skate tonight

The young guys (Artur/Shun) are too hard on themselves in the K&C. Nothing. Tomorrow is a new day!! Artur landed all his jumps in the warmup so he can do them, he was just nervous and that's okay.

they were so impressed and they love the costume

All level 4s, that's good! One thing I notice is that in practice, when he spins, Artur spins a lot faster but somehow in competitions, he's as slow as a turtle although the combination spin usually has good speed (not today). I wonder why? Nerves? I want him to improve his speed, the positions are mostly well done but I can never argue with the GOEs.

The presentation could have been better. It was flat, cautious but he can safely join the other 10 men in that department, I didn't think any of them were particularly good for various reasons. This was a very flat competition across both disciplines but we tried to support all the athletes. It's funny that the three men's SP I found not coma inducing and didn't diss in practice to my friends are surprise surprise, the last three. God has sense of humor and I'm amused

Artur is clearly not yet back in shape, his competition attempts this season have been rather precarious. Can't say I expected much, but here nerves also didn't help. I am praying he does manage ro recover eventually, it's been a long time after all since his surgery and he's been on the ice for months but so far it's not very encouraging. It's a pity since he potentially has the best components of the current crop (not counting Vetlugin if Mishin manages to fix his jumps).

vorravorra said:
Artur is clearly not yet back in shape, his competition attempts this season have been rather precarious. Can't say I expected much, but here nerves also didn't help. I am praying he does manage ro recover eventually, it's been a long time after all since his surgery and he's been on the ice for months but so far it's not very encouraging. It's a pity since he potentially has the best components of the current crop (not counting Vetlugin if Mishin manages to fix his jumps).
Click to expand...

I’m also worried how much time it takes till Artur's foot gets back to normal, though judging from the recent interview things are at least progressing. Still, the longer he will still have troubles with his ankle, the more likely it is that some problems will remain. I remember how relieved he seemed right after surgery mentioning that doctors’ told him his problems will be gone and everything will be normal again.

I so much hope he will be able to jump soon again like before his injury, i.e. without any discomfort even when training quads with high intensity.

RemyRose said:
All level 4s, that's good! One thing I notice is that in practice, when he spins, Artur spins a lot faster but somehow in competitions, he's as slow as a turtle although the combination spin usually has good speed (not today). I wonder why? Nerves? I want him to improve his speed, the positions are mostly well done but I can never argue with the GOEs.
Click to expand...

To me it in addition appears as if Artur is entering his jumps at times quite slow in competition. In the short it was obvious that he was entering the quad very slowly and not attacking it properly, he was lucky he didn't fall. I think currently it's both, Artur is not in top shape yet, but there are visibly a lot of competitions nerves as well (no wonder after such a long break and without possiblity to start with smaller comps on his way to the GP). But he is visibly improving.

The FP was not bad, he landed his first 4T in competition and fought hard to make no more errors at the end of his program. I'm actually pretty mad about the judges as Artur got the worst component scores of the entiere field and also quite low marks for his SS which is defintely not ok.

Congrats to Artur on his debut!!! The jumps in the FP were decent and he fought and that's great. TES wise he was 6th

He did well to keep most of his spin/footwork levels while being way behind on his music.

PCS wise, I'm on the side of the judges and I'm trying to figure out how best to approach this...I had him in last place too along with Grassl and Ma. I'm just going say I was extremely disappointed in his performance. And I'm not going to even start with the Egyptian like costume, while gorgeous, seems a bit out of place for the program (and is entirely too much black) and the choreo sequence that's taken from Verdi.

I just can't even start with my disappointment and I really like this FP. Pity about the scores for the SS but the rest from that Arena is rightfully low. I had him lower. I had him in the 5s, low 6s for I/P.

ETA: So basically my issue with him yesterday was that he was very lackluster. He was so focused on hitting the jumps that the PCS part of the program fell way down. He just stayed "within himself" and he never came out to present the program to the audience/judges like for example Adam did with his footwork sequence. And for me, I was was offended. I guess it didn't help that he was already behind on his music towards the end and for parts of it, it seemed as if he was just skating through the music and not hearing it although he tried at certain parts of his step sequence to hit the accents but it still fell flat. And like I stated, I really like the program minus the choreo sequence but it did not work at all for me yesterday. I would give him a B for effort as far as the jumps goes because he legitimately fought, but a D or F in performance. And I hope his team doesn't come off with the attitude that he was robbed because he wasn't. The SS scores are unfortunate. No he shouldn't get the same scores as Grassl however, when the rest of the performance IMO is terrible, it's going to affect the SS score, that's just a reality. I hope his team look at the protocols and draw conclusions and that Artur really works on his presentation because for me it was lacking a lot yesterday and he's definitely better than that

And I'm really upset because the gap between him and Fa is offensive, I can understand it, but it doesn't make it any less offensive and I like Adam, his programs are awesome. And let's not get started on the fact that he lost a point to Grassl, it's offensive but Artur didn't help himself at all. I'm not going to lie, I did put him in last place on P/I.

And then there's the lack of federation support that plays a little with PCS scores. Grassl definitely has the support of his federation, Artur I want to say he does not (along with 2 or 3 of the other Russian guys) and that's going to hurt as well and it's unfortunate.
Last edited: Oct 24, 2021

"Many thanks to Artur's fans for their support. He was in a shell, and now he will be revealed. He got to the tournament with the participation of the best representatives of the world figure skating, saw it firsthand, which was a great lesson for him. I hope he understands where to go. He told me that. Time goes forward and it does not wait for anyone," Buyanova said.
Click to expand...