Bullitt (1968) | Golden Skate
Menu
Log in
Register
Navigation
Install the app
More options
Contact us
Close Menu
You are using an out of date browser. It may not display this or other websites correctly.
You should upgrade or use an alternative browser. 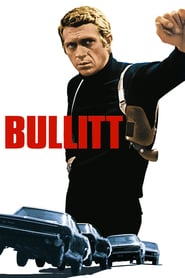 
Tagline: There are bad cops, good cops - and then there's Bullitt.

Plot: Senator Walter Chalmers is aiming to take down mob boss Pete Ross with the help of testimony from the criminal's hothead brother Johnny, who is in protective custody in San Francisco under the watch of police lieutenant Frank Bullitt. When a pair of mob hitmen enter the scene, Bullitt follows their trail through a maze of complications and double-crosses. This thriller includes one of the most famous car chases ever filmed.