1111bm said:
No there isn't. Both step sequences are designed to achieve a level 4, and since the requirements for a level 4 stipulate at least 11 difficult turns/steps with 5 of those executed in both directions, they both have basically the same amount of one-foot turns and the same amount of multi-directional skating in them (skaters generally don't do more than a few additional turns/steps, I assume because of time constraints).
This is pretty much the case for every step sequence nowadays.

And I would disagree, that multidirectional skating is a sign of difficulty. I personally don't have a preferred direction for turns/steps, depending on the type of turn/step I might prefer one side to the other, and it's a good mix for both directions (I can't jump or spin in both directions though).
I also don't think one-foot skating is necessarily indicative of difficulty either (doing it with quality, effortlessness and good flow oth...). For instance I find quickness and explosiveness in footwork a lot harder (and therefore more impressive), both in one-foot skating but also in footwork that alternates between both feet and has more steps than turns.
Click to expand...

Oh that's interesting. I always thought the Departure one was more difficult because I think Alyona does three clusters of difficult steps/turns on one foot but perhaps I've remember wrong.

So did Kamila get level 3 today because of the imbalance on the twizzles? And why did Anna get a level 3? There was no mistake in my eyes. Same goes for Sasha.
B

TripleAxelQueens3 said:
Oh that's interesting. I always thought the Departure one was more difficult because I think Alyona does three clusters of difficult steps/turns on one foot but perhaps I've remember wrong.

So did Kamila get level 3 today because of the imbalance on the twizzles? And why did Anna get a level 3? There was no mistake in my eyes. Same goes for Sasha.
Click to expand...

Yes, 'twizzles' were not properly executed from all of them. Daria had the best steps on the night (i mean technically)
Last edited: Feb 6, 2021

Skatesocs said:
God, I can't delete that bollywood edit of plushy from my brain...
Click to expand...

What?! I kinda want to see this now

Back from my grandparents and ready to catch up on the last half, I might break after the Pairs to go to church, we'll see.

I have my fingers crossed for T/M and intrigued at what Maxim T will do...or will Sergei V hold the fort?

Sergei V is in the house! As is Winnie the Pooh (I wonder if they all report back to Yuzu

No time for autographs young lady

at the lights going fun before the Tech Panel is introduced.

Poor Vovan still has the wrist brace, what did the poor guy do to himself

I love T/M! I know this is known, but I wanted to put that out there

Wow fans are fast, they already got a "Red Machine" banner!

Tamara Moskvina, a fave of all and an international skating treasure

Sasha B and Dima have an amazing success rate with their SBS.

Ouch on that throw though!

I know my legs don't go that way!

That was nice, poor Sasha B though! I hope she didn't hurt herself! Oh wait no she looks OK now.

I too would listen to her even if I can't understand!

Cries out in joy at every element! I loooove them!

What's Yagudin going on about I wonder

That Twist should be framed.

Ha ha Maxim and Yagudin both putting their mikes out.

This is fun! They've both got great performance ability!

Oops SBS spins so out of synch they actually look good

That lift is totally boss! +5 GOE!

Nice to see Sasha Samarin and Mika K in the KnC

Goooo Daria and Denis, love fun programs like this!

Alina is willing them on!

Level 4 that step sequence I say!

What a fun segment! Gotta love those pairs

At the end of this segment the Red Machine is catching up!

Well I better go to church, but once I return the ladies, gulp! (I did watch Sasha's skate though, to make sure she had a good one - also Plushy has dressed up for this event! The mullet is looking good

Well this is awkward I thought I was going to be a bit late to church, instead I'm 25 minutes early.

I'm still nervous though! Were Kamila, Anna and Daria really way better than Sasha? Will I be able to see it this time

I just realised too that Liza is almost a decade older than Maia, Daria and Kamila! Daaang.

Ted is a fan of Sasha T for which I am happy.

Gulp! Time for Liza and her new program, the costume is

, but I will miss Spartacus

But the Lutz gorgeous as ever!

Liza is amazing in how she got her Beilmann back, mad respect.

A level 4 step sequence for Liza?! Shut UP!

Still bring back Spartacus! It is epic music for an epic lady!

Aww Liza never mind you will always be our beloved Empress.

Oh yeah this is the Jonathan Creek SP, at least I'm pretty sure that's the music it uses for its opening titles.

I do like the spiral, I've always wished I could do a spiral, but alas...I can barely raise my leg 10cm off the ground.

Anna's fan club is out in force!

Team Red Machine is super excited! I like the swaying in the background.

OMG they bought Alina's hearts! Nice to see they're getting an outing.

But wow look at her bounce right back up and jump like a boss! I'm impressed!

Her jumps are high too! I admit I don't know much about Maia, but she's got flair

She also matches her team colours!

And even though I've watched it... Still nervous for Sasha and Plushy, of course (NGL I kinda feel like there's a separate Coach judging event going on. Don't get yourself a deduction, Plushy!)

This program is so pretty! And Sasha skates it beautifully

I would like to say that I'm so impressed with Dima M as a coach! He's done so much for Sasha! All my respect! I think he's awesome.

LOL Plushy is on his best behaviour, new suit, new you

She sure can spin.

Hey except for the 3A she has the same jump content as Sasha.

Not feeling the step sequence, which is usually an indication of a Level 4, but no it's a 3.

Standing O from all.

But...I remain...unmoved, my emotions just don't engage when I watch

Like I understand she's really good, perhaps the best, but I wouldn't watch it again. I used to have the same reaction to Yagudin...I tried watching a few of his programs once(before finding out what a nasty person he could be!) and it was like...nothing. I never can tell if it's my overwhelming Plushy bias or what with that one

Daria on the ice.

I also greatly approve of the gloves!

Not really feeling it with Daria either, but before you @ me I'm not on the Aliona train either.

Ha ha Alina is so thrilled!

With Daria's 80.84 the Red Machine bounds away!

Aww Zhenya Med is sad....I wonder is there any way they can win without Sasha pulling out all her quads? Maybe if Mika K has a blinder...

They sure are putting all the eggs in the Kamila basket though! Considering her SP score with the 3A once it's consistent it looks like it's all over for everyone else.
Last edited: Feb 7, 2021
S

anonymoose_au said:
What?! I kinda want to see this now 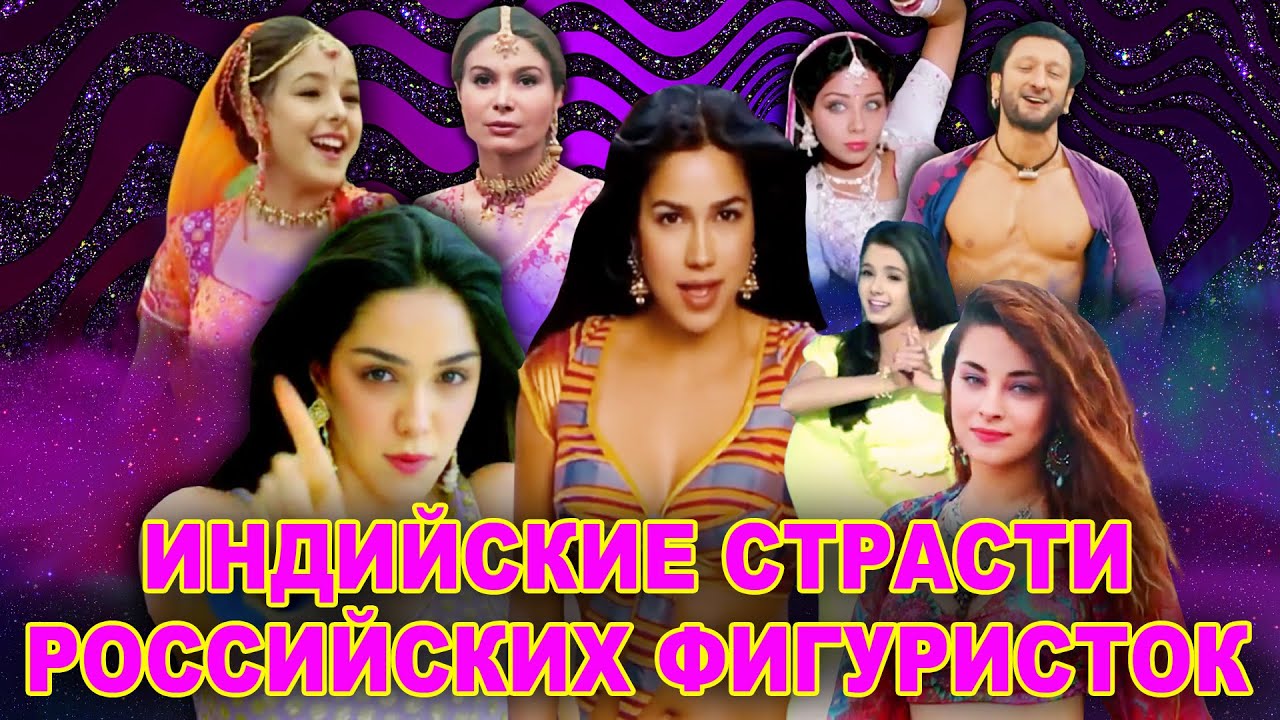 Was this a professionally done thing? Or did some crazy YouTube-r have too much time on their hands?

anonymoose_au said:
OMG! What the actual...

Was this a professionally done thing? Or did some crazy YouTube-r have too much time on their hands?
Click to expand...

I think it's some fan made edit with deep fake technology or something like that. But now I want to see a Bollywood drama about Russian figure skating.
C

I regret clicking that link haha.

Does anyone have the link of how the skaters were seeded for the draw for the team competition or am I dreaming that this happened?

Znowflake said:
Does anyone have the link of how the skaters were seeded for the draw for the team competition or am I dreaming that this happened?
Click to expand... 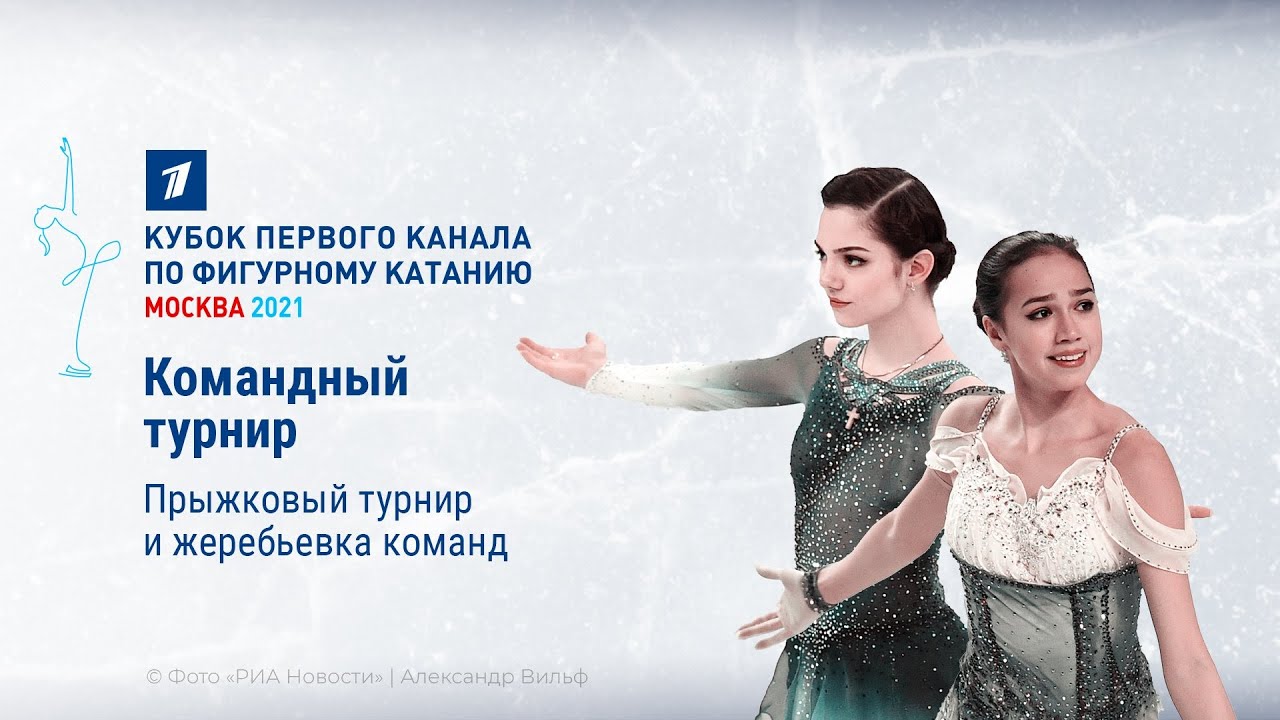 What a spectacle this is, oh the Russians

My favorite parts:
- Alina clutching her teammates hands while someone skates and reacting like she's witnessing a do or die gladiator fight
- Maxim Trankov randomly appearing and looking like an outcast boyband member from the 80s
- Eteri having to do forced social interaction with the interviewer when her skaters finish and completely giving away she's so over this whole thing
- Tarasova being the unqualified judge, simply a perfect pick
- The event taking place in the frist place, after 50% of the skaters on that ice have already had Covid

In case anyone wanted protocols - you are out of luck

As it became known to "SE", open publication of assessments of the participants in the team figure skating tournament in Moscow is not planned. This was told by a source familiar with the situation.

In fact, the format repeats the control skates of the national team: printouts are distributed to athletes and coaches, the referee's analysis is carried out, but there will be no general table broken down by elements and components. The source explained this by the fact that the Cup has show status. 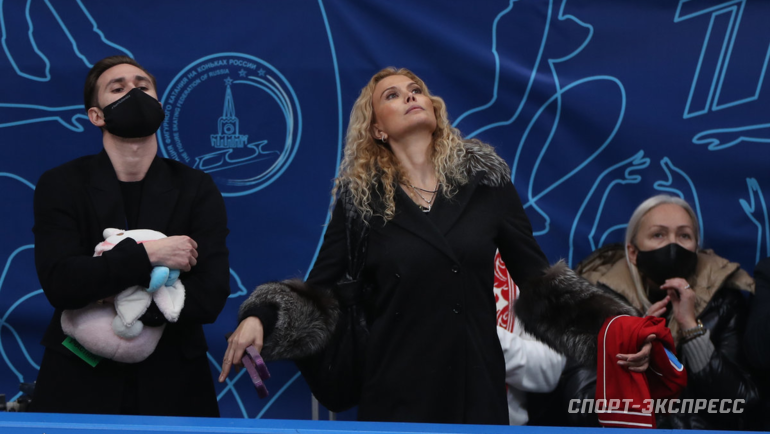 Have you got a link for the long programs?.
A 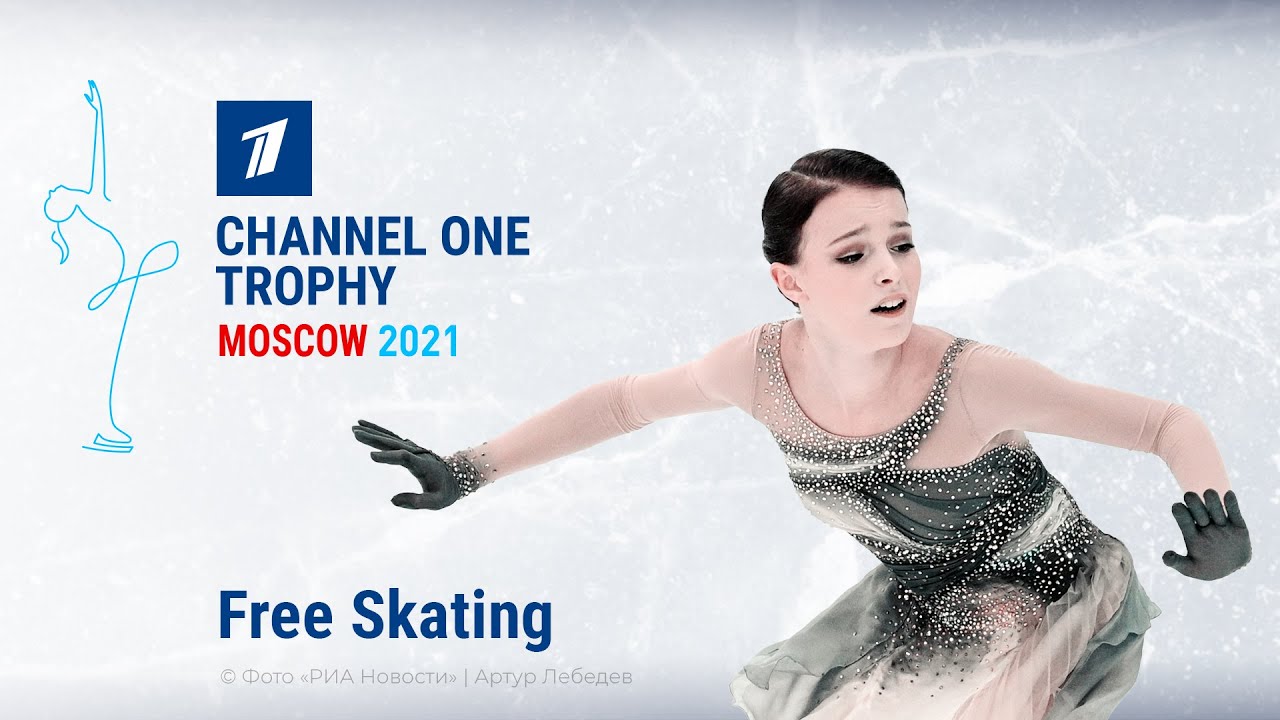 starting in a bit more than 45 minutes
R

starting in a bit more than 45 minutes
Click to expand...

Have you got a link without vpn?
N

removof said:
Have you got a link without vpn?
Click to expand...

vorravorra said:
I am not so sure. The way Sasha is being scored they are looking for a single misstep to stuff her under Usacheva. She can forget about Anna and Kamila. They will make sure she is scored in a different corridor leaving her no chan
Click to expand...

snowflake said:
Perhaps you are right but that's speculation. Like I can speculate that I don't think Sasha has the 3 axel even in practice.
Click to expand...

Trusova's technique on the 3A is horrible, and scary, and it wouldn't surprise me to learn that that is how she injured herself. Kamila's technique on the 3A is the most perfect I've ever seen, she steps out of the arc, lifting at the exact right time (not waiting too long which is what many skaters do). I hope Trusova will hang on this year, and return next year in better health and with a 3A. She seems to be battling growth and puberty issues as well, it is what it is.
You must log in or register to reply here.

A
Ladies Free Program, As it happened!