Koshiro Shimada | Page 20 | Golden Skate
Menu
Log in
Register
Navigation
Install the app
More options
Contact us
Close Menu
You are using an out of date browser. It may not display this or other websites correctly.
You should upgrade or use an alternative browser.

Interview after SP:
Koshiro Shimada started first place. He showed his strength with successful triple combination and 3A and the highest level 4 spins.
Koshiro Shimada (20, Kinoshita Group), the third place finisher in the 2018 Junior Grand Prix (GP) Final, started first, scoring 78.79 points, 15.32 points ahead of the second place. His opening quadruple salchow was turned into a triple, but he made a triple lutz-toe loop and a triple axel (3 1/2 rotations) in the second. All three of his spins were at the highest level 4, showing his strength.
Shimada is based in Switzerland, where he trains under Coach Stephane Lambiel (36), a silver medalist at the 2006 Torino Olympics who coaches Shoma Uno and others. This year, Coach Takeshi Honda (40) sat in the "kiss and cry" area waiting for the score to be displayed. When Shimada consulted with Coach Lambiel about a coach during his stay in Japan, Coach Honda’s name came up. "Takeshi Honda-san has a charming personality, and he can also teach me jump techniques. After thinking about who would be good, I asked him for help. Coach Stephan also contacts me almost every day. My free skate will be on the 31st,” he said. He will express his gratitude for the support of those around him in his performance.

Interview after FS:
Koshiro Shimada won his first official competition in about 10 months. He was disappointed with his performance.
The men's free skate took place, and the first place finisher of the short program (SP), Koshiro Shimada (Kinoshita Group), won his first competition of the season with 138.43 points, totaling 217.22 points.
The quadruple toe loop at the beginning was a success. However, there were some mistakes, such as the third jump, triple axel (3 1/2 rotations), and after the performance, he said, "Honestly, I lost completely to myself. I’m really disappointed. I was aiming to be more capable, and I couldn't push myself to show 100% of my strong power, and it resulted in a poor performance," he said with a frustrated look on his face.
Shimada had not competed in an official competition in about 10 months, since the Japan National Championships in December last year. "With this experience, I'd like to enter the Challenger Series next," he said, looking ahead to the next competition, the Warsaw Cup (Nov. 18-21, Poland). In the free skate, he will perform Chaplin's program, choreographed by Coach Stephane Lambiel. "I've got good choreography, so I hope to develop my technique to show it to the fullest," he said enthusiastically.
R

【Road to the Nationals: East Japan Championships 2021】
Interviews with the skaters advancing to the Japanese Nationals after the East Japan. Koshiro's interview starts at 1:14:25.
1:14:25
K: Oh geez, I was completely defeated by myself. I was totally different from my usual self during the six-minute warm-up. I was very calm, but I felt like I couldn't do anything the best I could, and I didn't know what was going on, and I was really overwhelmed with the feeling of, "What should I do now? But even so, I think I was able to keep my spirits up until the end. Well, honestly, now I'm left with nothing but frustration.
--After you landed a quad toe loop, I was hoping you would be riding the wave.
K: But rather, it was more of a "thank goodness" feeling. I was not always able to land the toe loop cleanly. I think it would have been better if I had been honest with myself and told myself to go for it. But I didn't feel that way during the six-minute warm-up. That's something I should improve, and I'd like to gain more experiences and raise my competitive edge in competitions.
--It's been 6 years since you performed Chaplin, how did you feel after performing it?
K: I enjoyed some parts of it, like the steps, but I was more nervous than that. I haven't actually had an opportunity to review my own performance, so I can't say anything about it right now, but I felt that I still had a lot of work to do. There's only a short time until the next Challenger Series, but this Eastern Japan Championships was one of the steps for me to have such a big experience, so I'd like to keep on working on my strength of mind and how to prepare for it.
--So, as an adult, how have you grown since you did the program you skated in your first year as a junior?
K: Figure skating made me grow up as a person, well, I'm still skating, though [laughter]. But what I'm most grateful for is the human side of it. That's the reason why I'm glad to be skating, that's why I've grown, thanks to those personal relationships. When I look back at my junior years and now, I can see that.
--After the Challenger Series, you are going to the Japan Nationals. What kind of performance do you want to give at the Nationals?
K: First of all, I want to practice hard, so that I won't perform like this again. I think the fact that I'm disappointed this time because I was pretty good in practice, is proof that I'm ready for the starting line, so I'd like to improve my strength in competitions and each of my techniques. I will give my best performance at the Nationals.
--Please tell us your goal for the Nationals.
K: My goal? Of course I will aim for the podium. It's the Olympic season, and I want to show my great strength and take a new step forward.
--Are you consciously aware that this is the Olympic season?
K: In the previous PyeongChang season, I had to withdraw from the Japanese Junior National Championships due to injury, and I didn’t get to experience the Nationals stage (that year), so this time I'm going to experience what the Olympic season is like for the first time. This time, I was able to get that ticket (to the Nationals) in East Japan, so I'm looking forward to it, or rather, I want to do my best since it's my first experience.

I was hoping he would hang on for a medal but it wasn't meant to be. Great skate in the SP 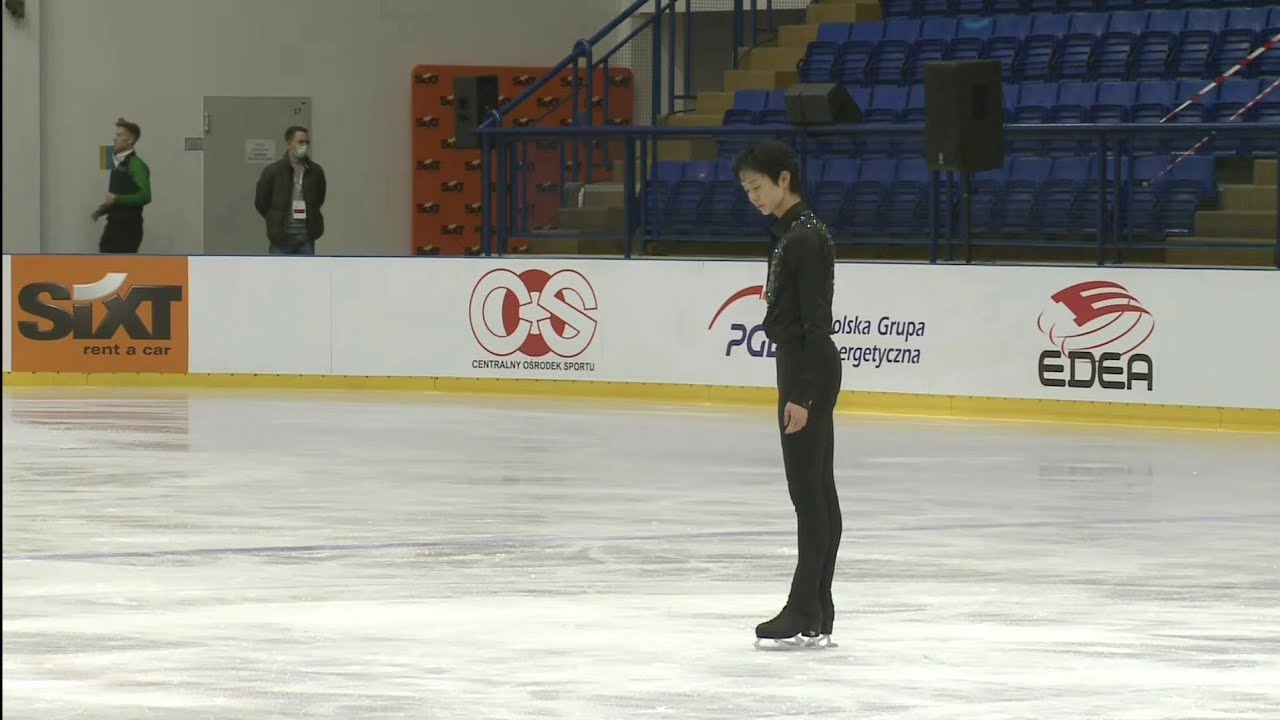 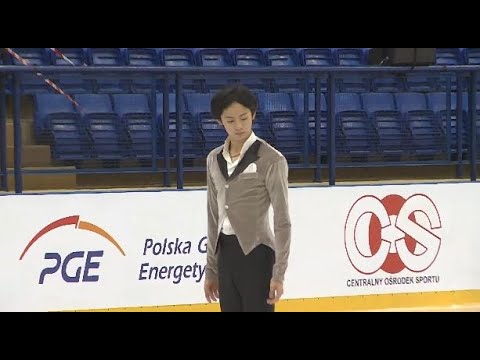