Olympic Moment Programs, Oldies or Newbies | Golden Skate
Menu
Log in
Register
Navigation
Install the app
More options
Contact us
Close Menu
You are using an out of date browser. It may not display this or other websites correctly.
You should upgrade or use an alternative browser.

We talk about what seems like an Olympic Moment for skaters. Post some of your favorites and talk a little about them. I'll start us off with an Oldie and a Newbie.

1. Mishkutenok/Dmitriev 1994. I can't right off think of any program that uses Rachmaninoff's Piano Concerto No. 2 better. At 2:07-10, you can see Natalya and Artur's movements soften practically mid-spin, as the music changes to a beautiful lyrical interlude, which they use to maximum effect, illustrating the music with their movement. Then at 4:08 comes what for me is a most spine-tingling moment, when the music goes dramatic and powerful. Never fails to give me chills. It almost seems like Rachmaninoff could have been imagining M/D doing those movements, and creating a thrilling conclusion to that program ... across time, when he composed the music. That's how perfectly their skating interprets the music. In addition, many small movements Artur and Natalya make throughout with their heads illustrate the music or utilize a beat. Even when Artur raises Natalya's arm near the beginning, it's done to accent a beat. If all that isn't enough, I love a bit of wildness in skating. This has wildness sprinkled throughout. So much passion from this pair! A perfect balance of athleticism, art and emotion. 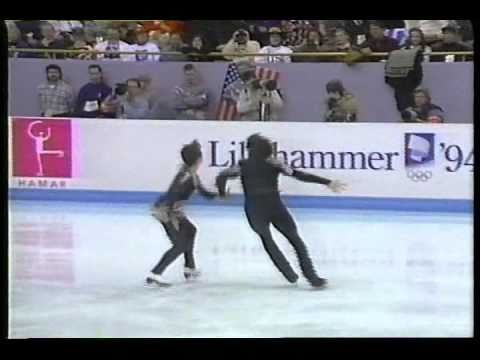 
2. Fear/Gibson 2021-22. Lilah Fear and Lewis Gibson's FD to The Lion King. The 'disco Brits' go all out; they're so committed to every moment of the music and the program one hundred percent. They create split-second poses which form pictures from the movie (or play?, but in my mind the images are from the movie). Every once in a while, either Lilah or Lewis will make a cat-like movement, only for a second or two, but it's so effective. They dance the music and the characters. That stationary-rotational lift is stunning and makes a gorgeous centerpiece for the whole program. Then at the most emotional moment of the music, they have a gorgeous picturesque lift. I just came away so happy that it's (as near as anything can be) a given that Fear/Gibson will get to skate this at the Olympics. It's the kind of program that can make forever figure skating fans out of audience newcomers, whether they're live or via tv or stream!

https://www.youtube.com/watch?v=YkW2zQyRkwY - this is from Finlandia several weeks ago; the program has changed a bit since then.

It may seem predictable, but Yuzuru Hanyu's SP and Kevin Reynolds' FP from the 2014 Olympic team event. Oh and Yuzuru Hanyu winning the 2018 Olympics.
J

From the top of my memory my Olympic memories goes like this:

My fave moment is Zagitova's triple Loop save in 2018. I was screaming out loud (and I'm sure my neighbours woke up because it was like four in the morning).

Then
- Lipnitskaya's free program in the team event 2014
- Sotnikova's win in 2014
- Butyrskaya's short program from 1998. She was unfortunate to skate first, the kiss of death, and could only manage 4th place 4-5 from the judges.
- the 1994 ladies event (the year when I became a FS fan) and the beauty finally winning over the beast. The beauty being of course Oksana Baiul.

Least favourite moment: Sarah Hughes' win in 2002. Everyone else were robbed.

Dmitriev/Mishkutenok 1992. This was before my time as a fan, but I remember I saw it and I was mesmerized.
The whole dance competition 1994 - it was fierce.
Yuzuru Hanyu - best male skater ever
Last edited: Nov 14, 2021
A

I remember as a little girl watching the 98 Olympics with my older sister and jumping up and down with excitement when Tara Lipinski won the Olympics. I think even the diehard Michelle Kwan fans (whom Tara beat) would admit that her reaction to winning gold was an honest, raw moment realizing she accomplished her dream. Beware screaming involved in clip

The Battle of the Brians & Midori Ito's 1988 free skate - these are the 2 events that got me hooked on figure skating for life!

I'm with @skylark about Mishkutenok/Dmitriev 1994. That was just superb. I watched it then, and I'm still often watching this programme. It remains a great moment to me, never mind that they didn't get the gold.

I have quite a few other 'Olympic moments', the most recent one being Savchenko/Massot in their FS at both the Olympics and Worlds in 2018 which were both great programmes. But for the emotions, it must be the OG one:

There are many more, but I'll be back later....

to everyone who's replied, and invited us all to relive (or see for the first time, even?) some splendid moments in figure skating.

I have to laugh at myself, because until @ladyjane 's post, I wasn't thinking about Aljona Savchenko/Bruno Massot's phenomenal, never-to-be-forgotten Olympic FS, which I watch anytime I want a lift or a little emotional therapy. It's just magical. Every little thing. Even, when Aljona walked into the arena for the first time, days before, with another German skater who's her friend, they were both overcome by the color scheme; the friend said, "it's the same color as your dress." Like it was meant to be ... but Aljona and Bruno still had to do it. They still had some major obstacles to overcome in order to create a most effortless-looking program out of some of the most difficult pairs moves ever.

And I forgot to say, above,

to @Seven Sisters for giving me the idea for this thread!

Matthew Savoie's The Mission lp from 2006. 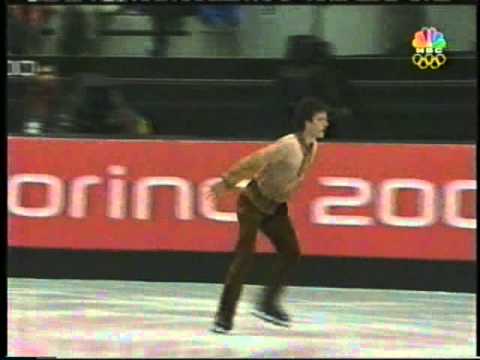 I'll have to go with Sarah Huges' LP in Salt Lake City. Going into the LP in 4th, I'm sure she was just hoping to move up a spot get a medal. Everything had to fall into place for her to win and it did. https://www.youtube.com/watch?v=B-Au7ZvpO2E
Last edited: Nov 15, 2021

mrrice said:
I'll have to with Sarah Huges' LP in Salt Lake City. Going into the LP in 4th, I'm sure she was just hoping to move up a spot get a medal. Everything had to fall into place for her to win and it did. https://www.youtube.com/watch?v=B-Au7ZvpO2E
Click to expand...

I definitely agree with Sarah Hughes. Not having the pressure of expectations on her really freed her up for the long program. I don't think she had ever completed a 3-3 in competition before then, never mind doing two of them!

Also agree with others here on M&D in 1994. I remember being on edge during their SP because of problems they had in practice earlier. They survived the SP, and then went on to skate with such abandon and passion in the LP. This program, along with their "Liebestraum", are still my 2 favorite pairs programs of all time.

Midori Ito. Unfortunately, I didn't see her 1988 LP, but I am thinking of her LP in 1992. She had so much pressure on her that year and it took its toll in the SP. And she fell on the 3A again in the LP, only to deliver a magnificent 3A later in the program. I know she had come in with expectations of Gold, but I think she proved a lot more with Silver stemming from that gutsy performance in the LP.

Alina Zagitova. In 2018, she had been building momentum all season. By the Olympics, she was considered a co-favorite. When she missed her 1st attempt at the 3Lz-3Lo in the LP, it could have all been over then. But she had the presence of mind (and body) to add the 3Lo onto her solo 3Lz later in the program. Never mind backloading bonuses, THAT was what won the OGM for her. That moment sort of reminded me of Midori Ito and her "added" 3A back in 1992.

An honorable mention....
It wasn't in competition, but in practice.
Alina Zagitova (once again) and her 3Lz-3Lo-3Lo-3Lo-3Lo.
O

skylark said:
Even when Artur raises Natalya's arm near the beginning, it's done to accent a beat. If all that isn't enough, I love a bit of wildness in skating. This has wildness sprinkled throughout. So much passion from this pair! A perfect balance of athleticism, art and emotion.
Click to expand...

Artur Dmitriev has to be one of the most charismatic male pairs skater ever. 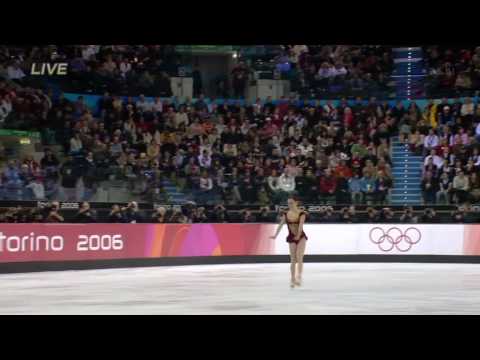 OT, this were my first Olympic as a sentient human being...I remember the day after I went to school and commented the results with my PE teacher, we were both pissed that Sasha had lost!
To answer the question, I think Yuna Kim most Olympic moment was actually her Danse Macabre SP the year before Vancouver...to this day, my favourite ladies SP of all times! Here the link: https://www.youtube.com/watch?v=xZAvsv93ZFM&t=183s&ab_channel=persona609 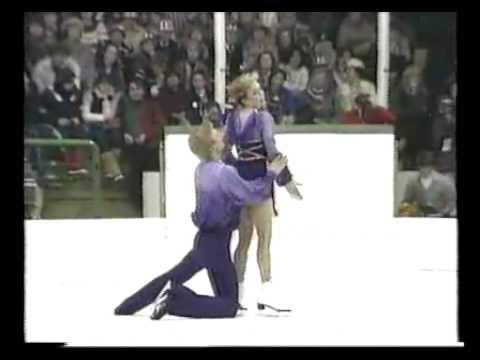 Although I would put their Paso Doble OD in front of that (much as I love their unforgettable Bolero).

I would nominate any of Philippe Candeloro's Olympic skates but my favorite was his 1998 FS. 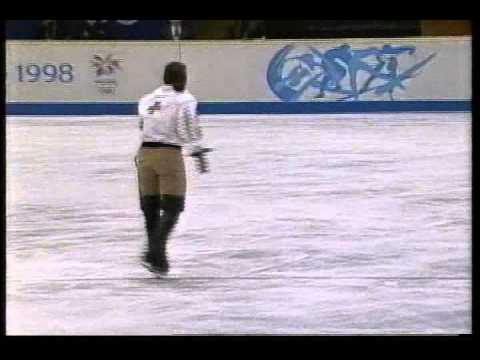 Not just fans of Ice Dance.

This is how iconic this Olympic moment was, for fans of any and all disciplines.

I had to go back and read the title of this thread. Olympic moments:

Yulia Lipinskaya's fp in the team event - the girl in the red dress was just wonderful - emotional, engaging, excellent and effortless. It would be egregious not to mention it.

Torvil and Dean - not my cup of tea but wonderful Bolero in 1984 I believe.

Liz Manley 1988 - the underdog did it. Probably deserved gold but she was a dynamo.

Savchenko and Massot - their determination in the free skate wow.

Zagitova, Medeveda and Osmond's freesate in the 2018 olympics. Wow. They skated lights out all three of them.

Yagudin's Winter in 2002 in the sp. Beauty and power

Sotnikova, Kim and Kostner again in 2014 the women brought it.

2018 free dance of Virtue and Moir they worked it and they knew they were beaten by the French but they forced the judges to up their scores!