Russian Team Event 2021 - Thoughts on the format | Golden Skate
Menu
Log in
Register
Navigation
Install the app
More options
Contact us
Close Menu
You are using an out of date browser. It may not display this or other websites correctly.
You should upgrade or use an alternative browser.

Today Channel One Russia released some details about the previously announced team event. From the article:

The competition will be held from February 5th to 7th in Moscow at the Megasport Sports Palace. Two will teams take part in the tournament. The captains of the teams will be Alina Zagitova and Evgenia Medvedeva. The prize fund of the tournament is 10 million rubles.
The competition will be held in the presence of spectators and will be broadcast. Participants will perform a short and a free program in men's and women's single skating, in pairs and in ice dance. The best team will be determined by the total score. The refereeing will be carried out under the current ISU system.
The teams will also compete for the People's Choice Award. The audience vote will be broadcast live on Channel One Russia. In addition, for the first time in the history of such competitions, there will be a separate jumping tournament.
Teams will be formed as a result of a draw, which will be aired live on Channel One. Under the guidance of the captain, each team will choose its name. Athletes who took places 1-6 at the 2021 Russian Championship, European Champions and World Champions are invited to participate.

What are your thoughts on this format? Which team configurations would you find intriguing? And what about the never-before-seen jumping contest?

PS: I decided to open a separate thread for this topic in order not to clog up the RLT. It's not just the ladies who are competing, anyway.
Last edited: Jan 20, 2021

Very exciting -- and so soon after Junior Nationals.

I am super excited, particularly to see jumping competition, maybe they will have old-fashioned skate-outs after the jump. Good for Kondratyuk to be selected, he earned it, but I wish it was Semenenko, he is the unlucky star guy in the last couple of years.

I am wondering if Kostornaya will recover 3A for it

I'm not excited that they're lowkey reigniting the 2018 drama but I'm very excited to see Evgenia and Alina. Maybe they just wanted them involved and didnt think about the implications

Based on a match up of skill, I would say this would work...

Team Alina:
Team Evgenia:
But what I really want is for Anna, Sasha, and Aliona to be on a team together

How come there are only 4 pairs?
No Panfilova / Rylov

Supernovaimplosion said:
I'm not excited that they're lowkey reigniting the 2018 drama but I'm very excited to see Evgenia and Alina. Maybe they just wanted them involved and didnt think about the implications

No, they very much wanted the drama. There will be a popularity part to it, some "people's choice award" if the translation worked correctly? Also, some of the sponsor sites are already doing the traditional: "vote now, who is your favorite, Medvedeva or Zagitova?!" So, they're very much feeding off that drama. Kind of sad that it's been three year and their best bet to get views is to pit their Olympic stars against each other. Also not thrilled there will be an audience....

BUT that being said: I'm looking forward to the skating itself and I just hope the competition itself will be fun for everyone involved, kind of like WTT. I'm sure everybody will have the team they're rooting for depending on the selection of skaters on it but in the end, it hopefully will be a more lighthearted event. I'm sure Zhenya and Alina will be great captains!

And the jumping competition will be intriguing - how will that work? Will everybody have to show a specific set of jumps or will they be allowed to go all out? I remember Sasha's 4Lz and like seven 3S afterwards in galas, if they don't stop her, she'll be out there for an hour of non-stop jumping.

For teams, I really want Boikova/Kozlovskii on Zhenya's team, as well as Zahorski / Guerreiro on Alina's because they're friends. Also, Sasha for Team Evgenia and Kamila for Team Alina because Sasha and Kamila have mentioned Zhenya and Alina being their respective idols when they were little (no idea about now) and it's just kind of cute. Other than that, no idea.

Dreamer57 said:
How come there are only 4 pairs?
No Panfilova / Rylov
Click to expand...

They said from the start it is going to be 3 singles and 2 pairs iirc, so if anything they have too many dancers...
L

Come on it’s not a Medvedeva vs Zagitova drama. It’s a competition where all the best skaters will gather for my personal satisfaction

. I’m kidding. I’m happy and exciting to see them competing and having fun knowing almost all international competitions are canceled and all the fan will appreciate seeing their favorites skating again ⛸

Channel one better not disappoint the international audience by not streaming this worldwide.

Liza is in and a jump contest as well? We have to have a way to watch this.

It will be good to get everyone together for some less pressure friendly competition.

And some pocket money for the skaters and the team captain. That’s a good thing too.
Last edited: Jan 20, 2021

My dream team would be Evgenia as the captain with 3A, Mikhail, B/K, and S/B

. I’m kind of excited to watch, but I really hope that covid safety precautions are taken more seriously considering almost every skater in this competition had it (and I would hate for them to get it again...)
Y

I hope Kolyada is on team Zagitova. Otherwise, my loyalties are going to be divided.

Ideally, I would want Kolyada, Mozalev, and Kostornaia for team Zagitova.

Wait a second. I just thought of something. They haven't announced the National Team yet and this a month before Worlds. Sounds like a fun competition, but.....when's the Russian Cup Final? Or is this competition going to be used to determine spots?
Last edited: Jan 20, 2021

YuBluByMe said:
I hope Kolyada is on team Zagitova. Otherwise, my loyalties are going to be divided.

Ideally, I would want Kolyada, Mozalev, and Kostornaia for team Zagitova.

Wait a second. I just thought of something. They haven't announced the National Team yet and this a month before Worlds. Sounds like a fun competition, but.....when's the Russian Cup Final? Or is this competition going to be used to determine spots?
Click to expand...

According to RBC (but not officially announced as of now) Russian cup final will take place on 26.02-02.03 in Moscow. 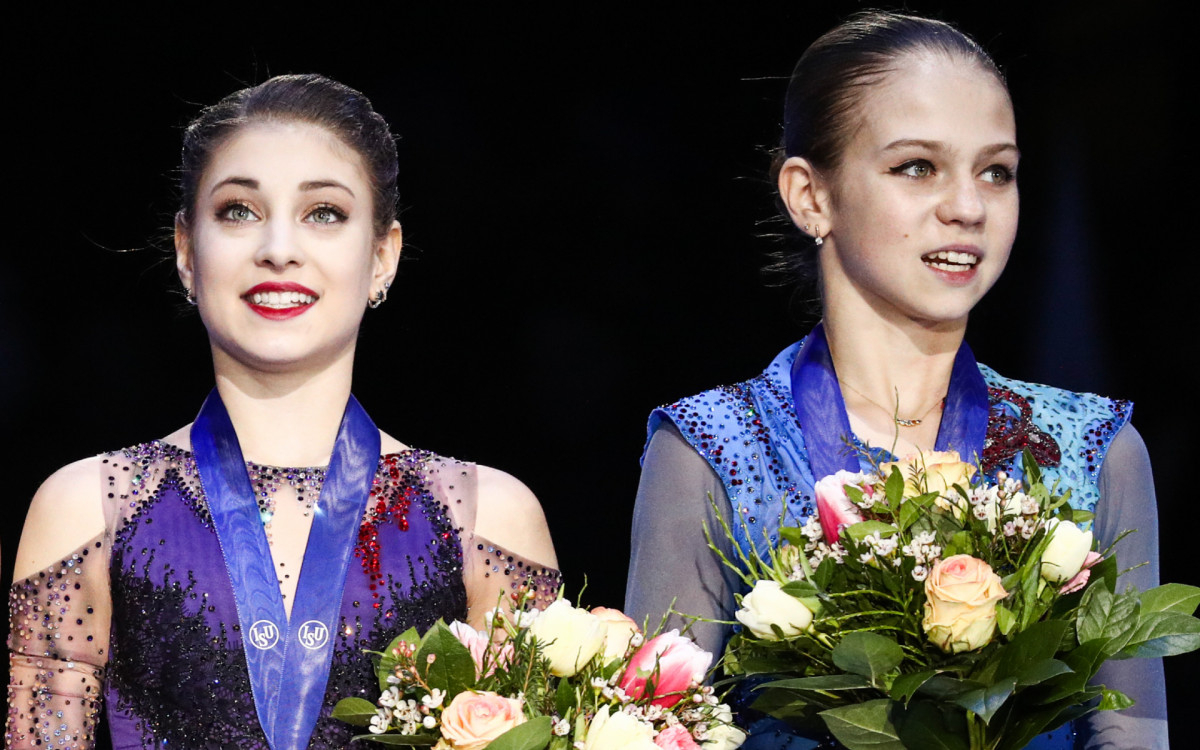 I actually like this format a lot more than WTT. Seeing everyone skating their programs is nice, but seeing in them in a different form of competition, rather than SP and FS? That’s something new.
a jump competition sounds really interesting, for once the craving of fans who love mostly just jumps will be satisfied. It would be interesting to see who’s the strongest in this particular skill.

Would be cool if they tried other things like that as well, it’s something everyone kind of thought about in the back of their heads, but it is not possible to implement under current system.
A

well Russian Fed is saying please fight for your place in worlds
The captain's team will compete?

At least it's not Team Eteri vs Team Plushenko!

Ah, Russian figure skating, you rarely disappoint me, but when you do it is all the more painful.

Lamente Ariane said:
At least it's not Team Eteri vs Team Plushenko!
Click to expand...

With a sprinkle of #TeamMishinForProperTechnique

Lamente Ariane said:
At least it's not Team Eteri vs Team Plushenko!
Click to expand...

I would not be happy about this ahead of time. Considering the clear favoritism of 1TV towards the TT team, and the tendency of their coverage of the recent Russian championship. I would very much like to make a mistake and Let this event become a real celebration of sports for skaters and all fans.