Since he has been a small eater, his mother did her best through trial and error. He now lives alone and cooks his meals.

“I only eat yogurt for breakfast. For lunch I eat sunny-side-up egg over rice with side dishes such as karaage (Japanese fried chicken) and I try to eat vegetables as well. I like Caesar salad. In the past I hated vegetables but now they are what I want. As a matter of fact as I got older Meat only meals became too heavy for my body. My dinner is simple; I often get nutrients from hotpot meals with pork, tofu and vegetables like chinese cabbage. Dining out? I eat out but not very often. I like rice after all, so I sometimes stop by a beef bowl restaurant,” he stated.

Sometimes while he stands in line for the ticket vending machine at the restaurant, an employee who mistakes him for a foreigner approaches and kindly tells him how to use the ticket machine. They say to him “You speak Japanese very well.”

“As a figure skater if you get bulky and muscular, your muscle weight becomes too heavy for you to move smoothly. On the other hand, if you get too skinny you cannot stabilize your core muscles and you will lose balance when you jump. My back muscles get strengthened naturally as I often glide backward, so I need to work on abs and inner muscles. I do sit ups and leg lifts,” he said.

These days besides practicing skating for 2 to 3 hours a day, he works out once a week. I’m looking forward to his success this season.

It seems he's got highlights in his hair? Looks good!

It surely does! I like black hair better on Japanese male skaters, but Ryuju is an exception - he sure knows how to rock brown hair. Good find! Question ofr those in the know, Kotaro isn't competitive anymore, is he?
R

Kotaro retired in March and has been working at this restaurant. On Aug. 31 he tweeted that Ryuju came to his restaurant to celebrate Kotaro's 23rd birthday.
https://twitter.com/lovekeaton0831

That's so nice of Ryuju. And it explains Kotaro's apron.
I look forward to hopefully reading some info on Ryuju's Chuubu and Carnival On Ice performances, and seeing some photos.
R

Since it is unlikely that we will get update on Ryuju until JO and CoI on Oct. 3, I would like to share this old article dated Nov. 28, 2016 on 2016 NHK Trophy, where Yuzuru, Keiji and Ryuju competed at the same senior competition for the first time. The first part is about Keiji and this is about Ryuju in the second part.
https://sports.yahoo.co.jp/column/detail/201611280001-spnavi?p=2

Hino: “I was hit by the reality of the situation.”

--Hino was in his third senior season, same as Tanaka, and this NHK was his first GPS appearance. But his entry was not originally scheduled. As 16-year old Sota Yamamoto (Mizuho High School) had withdrawn due to his injury, he was given a spot. Hino achieved good results during his junior seasons: he won Japanese Junior Nationals two years in a row (2011 and 2012) and placed 3rd at JGP Final (2012). However on the senior circuit his growth has been sluggish. Being sensitive, there were times he made a negative comment on himself reflecting on his disappointing performance, “I’m disappointed in myself. Things didn’t work out as I expected. I’ve been practicing for nothing.”

For Hino this NHK Trophy was a golden opportunity to boost his career. In yesterday’s interview he expressed his determination in his unique way, “This is the competition I’ve always wanted to be in. I want to deliver good performances to prove I belong here. I don’t want to disappoint the skater whom I’m substituting. I don’t want him to feel I’m not a worthy replacement.”

However, partly because he did not have a quad in the program, he lagged behind the leaders finishing 9th scoring 72.50 after the SP, although he topped his PB. Next day in the FS, he attempted a 4T but fell, and during the second half he made several small mistakes such as the 3F which was called. As a result, he ended his first GP Series taking 9th place.

“It was over before I knew it. I made mistakes and my movement was stiff. One positive outcome is that I’ve identified some issues which need to be worked out. This event made me face the reality.”

These days the quadruple jump is a dominant force in men’s figure skating. Without the quad, skaters cannot expect high marks. Hino did not add a quad to his SP and commented, “I lost a sense of quad jump which I used to have when I was able to land a quad, so I could not add it to my layout.” In the FS he attempted a quad, but he knew it would not go well.

He must have been happy to see two of his same age skating friends on the podium, but must have been mad at himself at the same time. Hanyu encouraged him by telling him, “Come over here, closer!” Hino won’t let it end like this. He keeps his motivation up.

“Actually, I haven’t made rapid progress so far. When I went to the JGPS for the first time in my first year of high school, my skate itself was not bad, but I was overwhelmed by the overall high-level competition,” he said. (t/n: He was 5th at JGPS France and 12th at JGPS Japan in season 2010-11.) “My progress has not been as steady as Yuzuru, so I feel like telling him to wait for me a little longer. I’m grateful to him for caring about me, though. By the next competition, Japanese Nationals, I want to bring my skate level up, even slightly. I will be glad if Yuzu notices the result of my hard work.”

Hanyu won the event with an overall mark of over 300, and Tanaka achieved a 3rd place podium finish, while Hino finished 9th. These three same age peers met at the international stage for the first time, and the results were sharply contrasted. In an interview on the day after the event, Hanyu announced that he was planning to train the quad Lutz eyeing Pyeongchang Olympics where his two consecutive wins is at stake. He showed his eagerness to raise the level of his skate further up.

Meanwhile, having realized that Hanyu was on a different level, Tanaka and Hino renewed their determination. The road ahead is still long, but they will probably try to add new moves and techniques. Dreaming of the day when these three compete on the same stage again, Tanaka and Hino will continue to chase Hanyu’s back.

So kind of Ryuju to want not to disappoint Sota ^ ^ I hope he is at peace with his skating by now. Not everyone can be a surperstar like Yuzuru. Ryuju's journey is admirable still, just look how long he's been around, and doesn't give up.
R

The latest bio list of Chubu participants shows Ryuju's talent as "ping pong" and hobbies as "watching movies, reading and listening to radio."

Takahiko Kozuka will host an online talkshow, and Ryuju is his first guest.

Ryuju was a wonderful surprise at Chubu Regional. His performances looked more emotional with nuances. The choreographies by Kohei Yoshino worked really well with him.

男子フリーが行われ、SP2位の日野龍樹（25＝中京大）は124・57点、合計184・23点で2位だった。映画「トゥルーマン・ショー」のシックな曲を舞い、「思ったよりもジャンプの出来がよかった。思ったよりも課題が多くなくてホッとしている」と収穫を語った。
www.sponichi.co.jp
Summary：
Ryuju skated to the soundtrack of “The Truman Show” and commented, “My jumps were better than I had expected. I’m relieved that I have fewer issues to resolve than I thought.” About his new free program music, he explained, “It was the music Stephane Lambiel used (at the 2005 European Championships), and I had been wanting to skate to it for a long time, and my brother two years older than me asked me to skate to it. Lambiel and my brother are the reason I chose that music.”

His costume is coming soon. “I am still debating which theme to pick; should it be somber in tune with the track, or focus on a particular part of the movie story line,” he said.
Last edited: Sep 27, 2020

Eh? So he's not skating to Gettysburg after all? I thought the FP was really nice and suited him well. It was the best I saw him skate in a long while. And it's so good to finally see him happy with his own performance. ^ ^ I keep my fingers crossed he can place high enough with his programs at Nationals to secure himself a spot in an international competition, in the spring or next fall (if we're lucky and the pandemic subsides). I'd very much like to cheer for him again before he retires ^ ^
R

surimi said:
Eh? So he's not skating to Gettysburg after all?
Click to expand...

Like many skaters who changed their programs after the stay-at-home period, Ryuju changed his FS program from Gettysburg to The Truman Show. He may try Gettysburg next season, I guess. 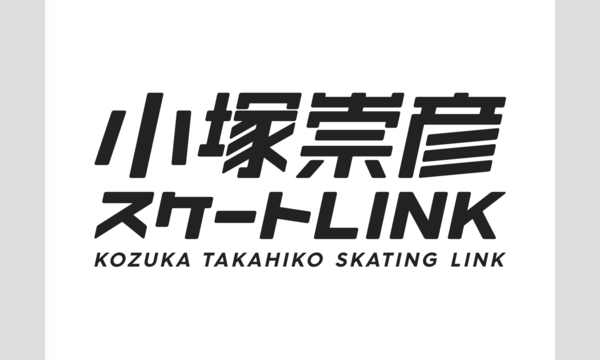 Okay, thanks for the explanation. I thought the music didn't sound like a grand battle to me, now I know why

No complaints from me on Truman Show.
Aw, the show's price is that of Quadruple. I hope it's a success, and that it will help Ryuju out with costs for training and the new costume. I hope he chooses a nice manly one, without frills.
R

https://twitter.com/tvtokyo_figure/status/1310852750645686275?ref_src=twsrc%5Etfw%7Ctwcamp%5Etweetembed%7Ctwterm%5E1310852750645686275%7Ctwgr%5Eshare_3&ref_url=https%3A%2F%2Fameblo.jp%2Fching-shenlong%2Fentry-12628320200.html
Translation:
"Well, since the competition (Chubu) is coming up tomorrow and the day after tomorrow [laughter], I am really lucky that I will be able to fully experience a competition before going to this event, and I guess other Chubu regionals participants feel the same way. I am truly honored to be able to participate in this competition which is out of my reach under normal circumstances. Now that I am selected to be on the team, I know I have to deliver a good performance. I will do my best and practice hard for a week (after Chubu) until the event."
Last edited: Sep 29, 2020
You must log in or register to reply here.