Tatiana Totmianina & Maxim Marinin | Golden Skate
Menu
Log in
Register
Navigation
Install the app
More options
Contact us
Close Menu
You are using an out of date browser. It may not display this or other websites correctly.
You should upgrade or use an alternative browser.

Tatiana Ivanovna Totmianina (Russian: Татьяна Ивановна Тотьмянина) and Maxim Viktorovich Marinin (Russian: Максим Викторович Маринин) are Russian former competitive pair skaters. Tatiana was born on 2 November 1981 in Perm, Russia and Maxim was born on 23 March 1977 in Volgograd, Russia. The pair began skating together in 1996 and retired from competition in 2006. Together they are the 2006 Olympic champions, two-time World champions, five-time European champions, and three-time Russian national champions.
Early in their career together, they were coached by Natalia Pavlova in Saint Petersburg. Totmianina/Marinin left Pavlova just prior to the 2001 European Championships and moved to Chicago in the United States to train under 1984 Olympic pairs champion Oleg Vasiliev at the Oakton Ice Arena in Park Ridge, Illinois.
On 23 October 2004, during the free skate at 2004 GP Skate America in Pittsburgh, Marinin lost his balance while attempting an axel lasso lift and Totmianina slammed into the ice head first. She had to be carried off the ice on a stretcher, sustained a concussion and spent the night in a local hospital. On 25 October, Totmianina said that, although she felt pain, she had no memory of the accident and was not afraid to return to the ice. She recovered from her injuries rapidly and was able to resume training within days. Although Totmianina did not blame him, the accident weighed heavily on Marinin and when the pair returned to training, he was unable to lift her due to panic attacks. He began seeing a sport psychologist who helped him overcome the issue. At their first competition after the accident, Russian Nationals 2004/05, they placed first.

After retirement, Totmianina/Marinin have appeared in several seasons and incarnations of the Russian show “Ice Age”, as skaters or judges. They also participate regularly together in Russian ice shows, most of them productions by Ilya Averbukh.
Marinin tried his hand as a choreographer with the 2014–15 short program of Russian pair skaters Vera Bazarova/Andrei Deputat. He also works as a figure skating coach in Ilya Averbukh’s school Путь к успеху (Path to Success).

2001/2002
SP - Star & Death of Joakin Murietta by Alexei Rybnikov, Pavel Grushko
FS - West Side Story by Leonard Bernstein
Ex - A Girl Like You by Edwyn Collins

While doing the videos for Tatiana and Maxim, I noticed (and was a bit shocked) that they didn't have their own fan fest yet. So I thought to myself, better late than never, and here we are. It is my first fan fest, so I hope I've done an acceptable job. I can add some links to their competitive performances later, in the meantime, you should be able to find them in the media archive once it goes live.
Fortunately for their fans, Tatiana and Maxim are still very active on the show circuit, so if you need some entertainment during these dark times of quarantine and lock-downs, maybe check out some of their performances. For starters, I've chosen two shows where high-quality recordings are available:

Some video clips of Tatiana and Max skating in Ilya Averbukh's Show in Sochi yesterday 🥰:
https://www.instagram.com/p/CJjx_WjpVRB/?utm_source=ig_web_copy_link

Maxim is teaching his students the off-ice Axel: https://www.instagram.com/p/CJ3Xw01K3nv/?utm_source=ig_web_copy_link
Maybe I should go and practice it as well, in order to finally jump better Axels than my cat?

Tatiana and Maxim have been quite busy after returning from Sochi.
Tatiana + family went to Dubai for a much deserved holiday, where they enjoyed trips in hot-air balloons and on camel-back.
Meanwhile Max accompanied some of his students to a competition. Judging from the pictures, all the Axel training has already paid off! 🥇 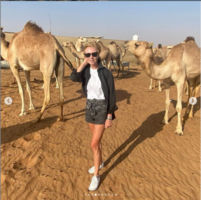 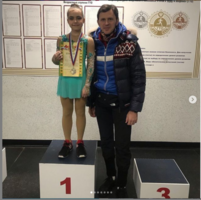 Some of Tatiana and Max's performances in this year's Averbukh shows have surfaced on youtube. 😍

New Years Show "Champions" - skating a beautiful and very creative program to Creep. Max is a Cellist and Tatiana is the Cello.

A short vid from yesterday's show in SPB:


I just love that Cello-themed exhibition to the instrumental version of Creep! 🥰 It's been more than a year that I've seen Max and Tatiana skate live in Bratislava and they had a different program back then. I just hope that once this pandemic is over I get the chance to see this one live, it is just sublime.

Also, there should be more guys skating in a tux.

Tatiana and Max will star in Averbukh's new show "Anna Karenina"! It will be staged in Sochi from July till September. I just hope there will be some broadcast or at least fan videos.

Some impressions from Averbukh's show "Anna Karenina" currently being played in Sochi:

Why is it that Sochi gets all these great ice shows all the time? I will seriously consider it as a summer vacation destination once travel restrictions are lifted.
R

CrazyKittenLady said:
Why is it that Sochi gets all these great ice shows all the time?
Click to expand...

They do it in Sochi, because in Sochi they can be successful all summer long. Many people from different parts of the country come to Sochi to spend their vacation near the sea. Soon those people who have already seen the show leave Sochi and some new people keep coming and coming to Sochi – these new people haven’t seen the show yet.
As far as I understand even in Moscow they can’t skate the same show for so many times. So they spend summer in Sochi and go to other cities in autumn or in winter.

Maxim jumping a double Axel in practice for Anna Karenina

It is Tatiana's birthday today.
I think this video is really lovely!


https://www.instagram.com/p/CVxk8FTojPD/
You must log in or register to reply here.