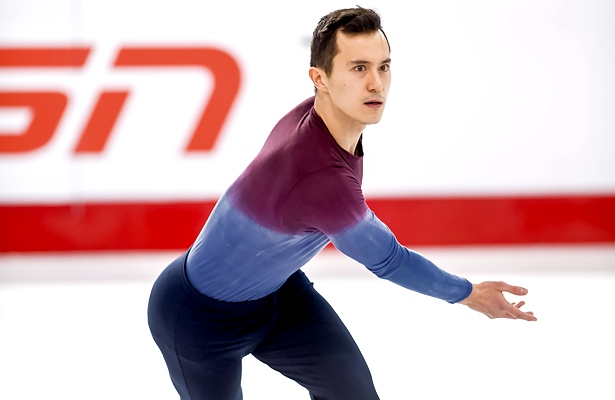 Three-time world champion Patrick Chan won his ninth national title at the 2017 Canadian Tire National Skating Championships in Ottawa and redeemed himself from the error-filled short program from Friday night. This has been the enigma of Chan, who baffles, enrages and endears himself to fans who ask themselves when, and more importantly, how will the skater regain his world championship form and execute the jumps of his programs to the same precision as his skating skills?

In the meantime, Chan appeased the spectators at TD Place on Saturday night with a brilliant free skate set to a composition by Eric Radford named “The Journey.” His routine featured a quadruple toe loop-triple toe loop combination, quadruple Salchow and two triple Axels, one in combination with a double toe loop-double loop jumps. His sublime choreography, worthy of many perfect 10 components scores, mixed with four other triple jumps, scored him 205.36 points in the free skate for a total competition score of 296.86.

“The goal this weekend was to try the new things I talked about off the ice and getting my mind in the right place to pace the program properly,” Chan said referring to the sports psychology he is receiving. “And I think it worked extremely well today. I was able to have that conversation in my head, that calm conversation, to just tell myself not to push harder or try to catch up in the music because that’s when you end up wasting more energy.”

Kevin Reynolds elegantly regained his national silver medal form with a dramatic classical free skate routine featuring four quadruple jump attempts, despite a step out on one quadruple toe loop. Artistically severe and slightly reserved throughout the program, Reynolds was rewarded with level four grading for his three spins to earn 174.01 in the free skate for a total score of 255.77.

“I saw the benefits today of doing lots of training since Skate Canada,” said the veteran on his gradual comeback mission. “It was hard to get my legs under me, though. Being out of a competition environment, you can do as much training as you want and feel as comfortable as you want, but once you get out there and the cameras are on you and you have the added pressure, your legs may not be completely under you. They may feel weak. They may feel a little more tired.”

Nam Nguyen skated his charming and playful “An American in Paris” free skate backed up by brilliant jumps to woo the judges for a free skate score of 164.52 and total competition score of 240.60. Highlights of the 2015 national champion’s routine included a cleanly-landed quadruple Salchow-double toe loop and two triple Axels, one in combination with a triple toe loop.

The brilliant men’s free skating was a striking contrast to the short programs. Skating last after a night of mistakes in the men’s short program, Chan regrettably followed suit and stepped out on the landings of each of his three jump elements: the quadruple toe loop, triple Axel and triple Lutz-triple toe loop combination. Despite the errors, the 26-year-old exhibited his signature finesse, skating whimsically to “Blackbird” and earning level four evaluation on his spins and step sequence. He managed a score of 91.50.

“All the take offs felt really good, but I think I was just a little high in the upper body,” he said. “To settle myself, I told myself to stay focussed and not get those extra deductions. It was a good practice for skating last.”

Reynolds skated methodically to his routine set to “Puutarhautuminen” by Hohka which began with a fall on the quadruple Salchow. However, the veteran tacked a triple toe loop onto his quadruple toe loop to fulfill the combination requirement and also managed a gritty triple Axel. He earned a score of 81.76 for the effort.

Fan-favourite Elladj Balde opened with a disastrous fall on his planned triple flip-triple toe loop combination, but rallied to deliver the remainder of his program set to “The Sounds of Silence” for a score of 77.45. The soulful performance earned three level four elements and a strong ovation.

“I made a mistake on the flip and kept everything together and put myself in a position where I can be in a good position for the long program,” he said. “That switch happened automatically, because of the training I’ve been doing in the last few weeks.”

Nguyen was fourth after the short program with a score of 76.08 after a fall on his opening quadruple toe loop. He rallied during his “Love me or Leave Me” by Sammy Davis Junior routine with a measured triple Axel and triple flip-triple toe loop combination with a three turn in between.