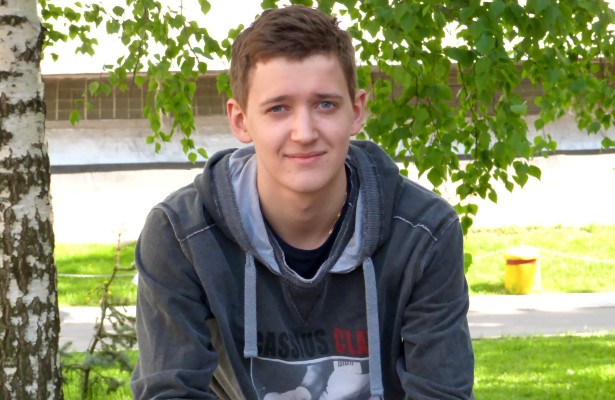 It has been a tough year with ups and down for Maxim Kovtun, but the Russian Champion is looking forward to the upcoming season.

“It was an Olympic season and therefore it was quite nerve-wracking,” he admitted, regarding last season. “It was especially hard as I had to fight for a spot (for the Olympic team). I had to be clearly better than everybody else in order to make a claim. I did the first part of the job, but then what happened, happened.”

The 19-year-old had a strong debut in the Grand Prix series, qualifying for the Final as well as winning Nationals over star Evgeni Plushenko. However, he came in fifth at Europeans, and as a result, was not selected for the Olympic team.

Despite his disappointment, there were still many positive moments, one of which was placing fourth at the 2014 World Figure Skating Championships.

“I actually didn’t have time to be upset,” Kovtun recalled. “I had the World Championships coming up, which was very important. It became twice as important.”

“I was a little upset when I saw all the Mercedes (cars – sponsor gifts for medalists),” he continued with a grin. “I drove some of them and it was a little sad, but what happened, happened, and it’s fine. I overcame this season and now it will be a bit easier. Now I want to break through to the very top and fight for the highest placements.”

Kovtun has been working with his team on two new programs, but was not ready to reveal his choice of music.

“Petia (Peter) Tchernyshev, Tatiana Anatolievna (Tarasova), and [coach] Elena Germanovna (Buianova) put them together, everybody as always,” the Muscovite shared. “Now it is a completely different level of work.”

“First of all, I now skate up to four hours without a break,” he explained. “Last year, I was able to last for four hours, but it was very tough. At the end, I just couldn’t do it anymore and almost threw up. After two hours the next day, I was exhausted and asked for a day off, but now I’ve worked through a whole week without a break.”

He also feels that he is better able to implement what his choreographer and coach show him.

“Petia shows something and I do the step right away,” said Kovtun. “I already see all these details and can distinguish them.”

Kovtun admitted having difficulty with this last season.

“When we (began training) the Flamenco, it was just hell,” he recalled. “I couldn’t repeat a single step and there were hundreds of them. I needed half an hour to learn one step, so it took a very long time to put this all together. The free program was already somewhat easier.”

The skater plans to put two quads in the short program and three in the long.

The Russian wants to stick with the quad toe and Salchow, however, he might work on another quad just for fun in practice.

“First of all, I kill my knees, and for my century, the quads I can do are for sure enough,” he said, laughing. “I think I can master the quad flip one day. I did it just for myself a few times. I won’t do it in competition. I want to skate clean. I want to improve my skating. I can do all these jumps and I’ll work on them in the next few years before the Olympic Games. I am entering a new cycle now.”

“There are four years before the Olympic Games,” he pointed out. “I want to improve the jumps so that they are easy and add to the skating. Compared to last year, I have really improved in my skating.”

Kovtun is currently scheduled to compete at Cup of China and Trophée Bompard later this fall.