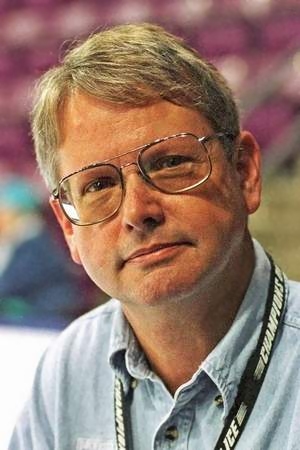 Golden Skate is saddened to learn of the passing of our colleague and friend, J. Barry Mittan, on January 23, 2013, in Tallahassee, Florida.

Barry was one of the most respected and present photojournalists in the sport of figure skating, and provided thousands of images to media outlets and skaters alike. He was most proud of his Professional Skaters Association Edi Scholden Awards for Best Figure Skating Photograph of the Year in 1996 and 1998.

Barry is survived by his wife, Jayne, brother Gary, and two sisters, Marla and Beverlei. He was 63.

“This is another sad day for the figure skating photography world,” said Barb MacDonald, Director, Corporate Communications, Skate Canada. “Barry’s passion for figure skating was reflected beautifully in his photography. We are very saddened to learn of his passing, and join the many people from across the skating world who have already paid tribute to him, and send our sincere condolences to his wife Jayne. We shall miss him, and his photographs, just as we missed Gerard Chataigneau of The Figure Skating Calendar and Mike Cassese of Reuters last week at our first national championships without them.”

Barry was a graduate of Florida State University, and was a member of the FSU Flying High Circus where he performed on slack wire and as a juggler. After a 30-year career with the Florida Department of Health, Barry turned his attention to his other loves—gardening, animals, and travel, which became a huge part of his life in recent years.

“His love of gardening and cultivating flowers did indeed extend to Hawaii, where he served on the Board of Directors of the World Botanical Gardens near Hilo,” his wife shared with Golden Skate. “In addition, for the last two years all of the sales from his home gardens were to benefit his favorite charities, the Leon County Humane Society, the local chapter of the American Red Cross, and the Florida Wildlife Federation.”

Barry and Jayne recently traveled to Bali and Indonesia.

“Our last trip together was to Bali and Indonesia where he fulfilled his dream of seeing Komodo Dragon lizards in the wild,” she said.

In addition to his lending his pen to the world of figure skating, Barry was also a published book author.

“He recently completed his 8th book with photos and documentation of our many travels on MyPublisher.com,” Jayne revealed.

As news of his passing spread throughout the skating community, athletes and colleagues posted messages of love, shared memories, and expressed sympathy to Barry’s family and friends.

“RIP Barry Mittan. Skating has lost a great advocate and a wonderful friend,” a two-time European ice dance bronze medalist posted on Facebook.
2010 U.S. Ladies Champion Rachael Flatt shared the following on Facebook. “To one of the first international photographers I met….Barry Mittan…you will be missed. A sad loss for the skating world. RIP. A wonderful gentleman who supported skaters worldwide!”

And from Golden Skate’s Editor in Chief, Paula Slater, “Barry gave so much of himself to the sport of figure skating in his photography. He formed hundreds of relationships with so many people…I will really miss his stoic and dry sense of humor and the visits we shared on his drive-throughs to events.”

Per Barry’s request, no services will be held. In lieu of flowers, donations may be made to the Leon County Humane Society, the local chapter of the American Red Cross, or the Florida Wildlife Federation in his memory.