James/Radford announce partnership | Page 25 | Golden Skate
Menu
Log in
Register
Navigation
Install the app
More options
Contact us
Close Menu
You are using an out of date browser. It may not display this or other websites correctly.
You should upgrade or use an alternative browser.

You didn't read my earlier bio for Vanessa!

As @skylark reiterates below, Vanessa's first French partner was not Cipres.

Apparently you missed Vanessa & Yannick at 2010 Olympics. They also competed at 2009 Worlds in L.A. and were well-received, which was kinda fitting since it was in the U.S. where Vanessa's skating journey began. Here is their 2010 Worlds performance, tho' I was trying to locate the 2009 wonderful performance in L.A. 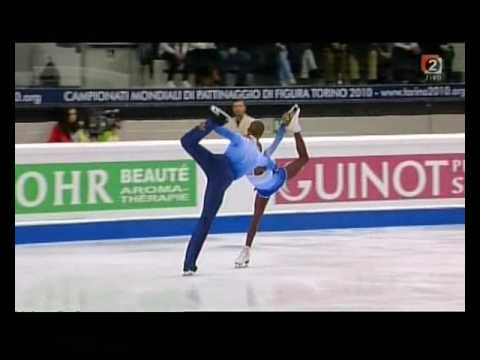 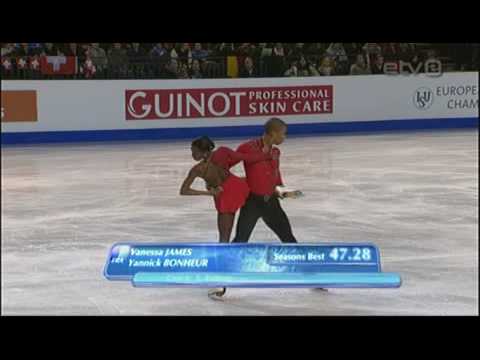 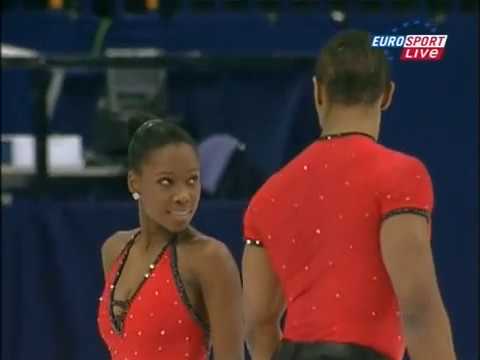 
skylark said:
According to my friend Wiki, Vanessa must have gotten French citizenship by 2010, when she competed in the Olympics with her first French partner, Yannick Bonheur. Where they made history as the first black pair.
Click to expand...

Colonel Green said:
The fed didn't suggest anything, everyone has been clear that was the skaters' initiative. Their role was limited to assisting them once asked
Click to expand...

Uh yeah sure. Skate Canada is backing J/R 100% or it wouldn't be happening. Plus, as we know, SC pairs is rebuilding. Fed officials are obviously interested in boosting Canadian pairs' presence, profile, buzz, and competitive results with this new team made up of established veterans. Even for a short tenure, if things pan out, this partnership can bring dividends coupled with KMT/MM's gritty competitiveness. In the long run, this move could benefit other up-and-coming Canadian pairs, including Walsh/Michaud, though they may not see it that way at the moment.

Eric approached Vanessa, probably after passing it by SC officials and I wonder when and how Julie's input began. Plus, Eric was serving on a Skate Canada board at some point too, in addition to his various other activities post 2018 Olympics. As Eric & Vanessa described, it was an organic coming together after they randomly practiced cross-overs together during BOTB downtime. The idea grew from there, not just in Eric's head alone. People who saw the clip of Eric & Vanessa doing crossovers, began asking Eric questions. Beyond that, as J/R explained in their announcement interview, the idea for pairing didn't originate with Vanessa, as some fans immediately speculated.


Colonel Green said:
The IOC waiver is a formality, as long as the former country (France, in this case) doesn't object. They're routinely given.
Click to expand...

Sure, but as reported, it can typically take much longer for this waiver process to be approved. As I said earlier, France's quick release, SC's backing, and Vanessa's Canadian citizenship were all crucial factors in the relative speed of the entire process.
Last edited: May 17, 2021

Canadian skaters haven't been exactly tearing up the world lately so it doesn't surprise me that the federation would be backing Eric and Vanessa. I think it's going to be very interesting. AND - Meagan has landed on her skates...so-to-speak.
B

Colonel Green said:
She has three:

Yep, as per earlier bio.

Once again, Vanessa grew up in Bermuda and in the U.S. (near Washington D.C.) -- To further her singles career (after competing in the lower levels in the U.S.), Vanessa made the move to represent Great Britain (an opportunity made possible via her Dad's Bermudan roots).

Reaching another crossroads after a few years, Vanessa turned to pairs, and France beckoned. Her pairs destiny was realized, but also incomplete due to the abrupt retirement ending last September. Vanessa & Cipres had contemplated extending the success of their three-season rise to prominence through 2022 Worlds in France. Perhaps they would have conjured up the spirit and magic of the greatest French pairs team ever, the Brunets (Andree Joly & Pierre). But that prospect was not to be.

I find it rather fascinating how Vanessa's career arc has essentially come full circle with this new, unexpected pair journey, representing her country of birth with fellow compatriot, Eric Radford.
Last edited: May 17, 2021

A FF has been created for the new pair!

Vanessa James of Scarborough, Ont., and Eric Radford (Balmertown, Ont.) have formed a new skating partnership and will compete for Canada in the pairs discipline beginning the 2021-22 season. Both skaters have previously competed internationally with different partners, James representing France...

Since this announcement has been discussed in detail and it's no longer news, this thread is closed. Feel free to continue the discussion about Vanessa and Eric's new partnership in the newly created Vanessa James & Eric Radford post referenced in the previous post!