Madison Chock & Evan Bates | Page 55 | Golden Skate
Menu
Log in
Register
Navigation
Install the app
More options
Contact us
Close Menu
You are using an out of date browser. It may not display this or other websites correctly.
You should upgrade or use an alternative browser.

And they won the team free dance!

That was the best they have skated that free dance, too!

Madi and Evan were simply amazing, delivering that stellar performance when the US team had lost emotional momentum. They managed to tweak the program and give it more emotional punch and build it to a climax better, too, I thought. Wow. Just wow!

And they can do better too... their stationary lift was only level 3 and their step seq was only level 2. I'm so happy for them and I hope this bodes well for the individual event... can't wait to see their RD too!!

Maddy and Evan on the Today Show:

Olympic medalists Madison Chock and Evan Bates join TODAY to talk about their stunning performances on the ice in the team figure skating competition. The real-life couple and co-captains talk about their pre-skate pep talks as well as their decision to skate to Billie Eilish and Daft Punk... The Podium: Everything's better with love, including the Olympics

Training, performing and winning are done better with our loved ones. On this episode of The Podium, find out how that applies to the podium steps of the Olympics.

Madi and Evan did a short interview in this podcast!

Their free was magnificent and probably my favourite program of the team event. I even expected them to get to the first place and it happened.

Ice dancers Madison Chock and Evan Bates are competing in their third Olympics together. The couple, who were first friends and skating partners for years, tell Maria Taylor that all they need is each other to succeed.

Olympians Madison Chock and Evan Bates Are in Love Off the Ice: They Talk 'Chemistry' and Wedding Plans

"We are so lucky because we have this thing that we share, this ice dance that's our own little corner of the universe," Bates tells PEOPLE of competing with his girlfriend

Edit: Right now, Chock/Bates say they aren't retiring after this season. I think the answer has changed a bit throughout the season. Back in October, Madi said they were definitely sticking around, then sometime around December/January, it became that they would reevaluate at the end of the season. This People article has both of them saying they want to keep skating and explore other creative ideas.
Last edited: Feb 13, 2022

Sending them love!! They were awesome tonight!! Bravo Madi and Evan! So proud of you two!

So glad they had a great skate tonight!

And they will be in the gala

Some more interviews from Madi and Evan 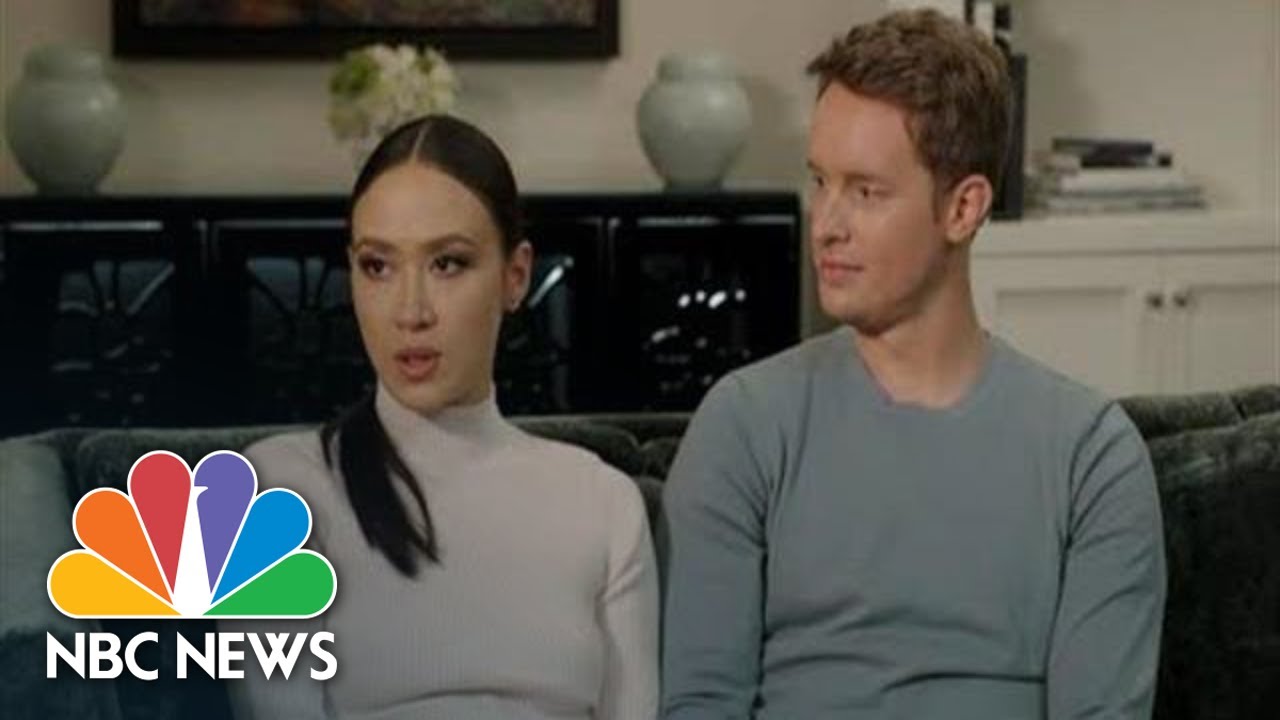 Ice dancers Madison Chock and Evan Bates speak with NBC News’ Maria Taylor about their Olympic journeys and how they bounced back from a disappointing perfor...

Team USA's Madison Chock and Evan Bates are electric on the ice, but their chemistry goes beyond the competition. The real-life couple looks back on their love story with TODAY’s Jenna Bush Hager.

They may not have made it on the podium, but they performed a free dance to be proud of, and I think that they've successfully dusted the demons from PyeongChang, even if it didn't end in an individual medal.

In recent interviews, Madi and Evan have made it clear that they're not retiring at the end of the season. I find it hard to believe that they can skate all the way to 2026 when Evan will be 36 and Madi will be 33, but just skating for another season or two will still be amazing for them. I think they can definitely win a world title next season, as all of the teams on the podium will be retiring/taking an extended break at the end of this season.

Evan was quoted multiple times in this article about the US Figure skaters who appealed to CAS for a medal ceremony. It's paywalled, but here are a few things he said.

“It’s extremely disheartening to leave the Games empty-handed,” ice dance skater Evan Bates as he stood in a hall beneath the Capital Indoor Stadium stands.
The night before, Bates had been locked in his room at the Athletes’ Village, testifying by video to an ad hoc panel from the Court of Arbitration for Sport, one final chance for him — as the U.S. figure skating team captain — to force the International Olympic Committee to give the nine-member team its medals.
Click to expand...

“My hope is that this is not taken as pressure around a medal,” said Zachary Donohue, another ice dancer. “There is going to be a medal at some point; that’s not my concern … There needs to be more decisive action taking against any kind of doping issue and protecting the integrity of the sport.”


Or as Bates said: “There are multiple things at play with the medal ceremony and then the bigger picture.”

Asked what those things are, he replied: “What’s been plaguing our sport for the last however many years.”
Click to expand...

“I think it’s going to take awhile to get over this,” Bates said, his voice starting to crack. “And when we do get our medals, I’m not sure that will sufficiently cure the hurt that’s been caused to all the clean athletes who didn’t get their medal moment.”
Click to expand...

It's very unfortunate that the one medal that Chock/Bates earned this Olympics will not be awarded for who knows how long.

Hopefully it won't take so so so long.....They deserve their medals.

As a WaPo subscriber, I can gift a link to an article several times a month. If you couldn't view the article @dancelion21 posted, you should be able to see it at the link above.

Wonder why no podcast now that they are back
D

Madi and Evan are not retiring after this season