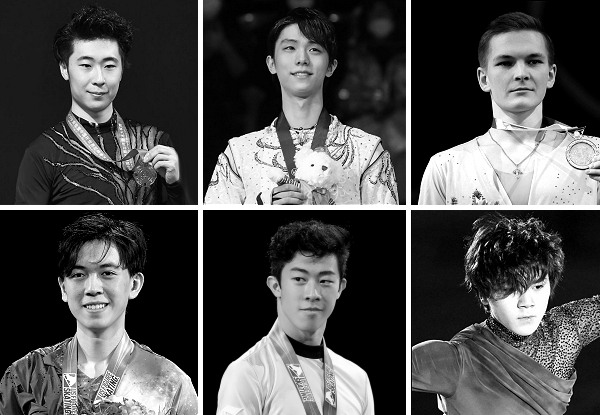 Skating stars Yuzuru Hanyu of Japan and USA’s Nathan Chen will face off once more at the ISU World Figure Skating Championships. Chen beat the two-time Olympic Champion the last two times they met – at the 2019 ISU World Championships and at the ISU Grand Prix Final 2019. However, the field is deep and many more contenders have set their eyes on the World podium.

Superstar Hanyu did not compete in the fall, but came in top shape to Japanese Nationals to reclaim the title with spectacular performances which included a quad loop, toe, and Salchow. The two-time Olympic Champion also debuted two new programs that were very well received.

The 26-year-old has demonstrated before that he can deal with difficult situations and longer breaks from competing. While he can be beat, it’s certainly not an easy task. The veteran skater has enough experience and knows what he has to do to be at his best when it counts.

Chen remains undefeated since winning his first World title in 2018 and he wants to continue his golden streak in Stockholm. The 21-year-old looked strong, but was not flawless, at the ISU Grand Prix Skate America and U.S. Nationals.

The five-time U.S. Champion has taken time off from university and trains full-time with coach Rafael Arutyunyan in California again to prepare for his big goal: the Olympic Winter Games in Beijing 2022. Olympic gold is the only title missing in his impressive collection. The World Championships are another important stepping stone towards this goal.

Kolyada dropped off the radar last season after fighting reoccurring sinusitis which eventually led to nasal surgery. He did not compete all season. The 2018 World bronze medalist then changed coaches in June 2020, going to Alexei Mishin, to come back even stronger than before.

This season, Kolyada has turned in consistent and strong performances, winning each competition he entered including nationals and two smaller international events. The 26-year-old earned a lot of praise for his beautiful long program to “Nureyev” from The White Crow soundtrack. If he skates well and adds the quad Salchow to his quad toes, the Russian skater has a very good shot at a medal in Sweden.

Zhou sat out the last season as well and proved that he is back in business at Skate America and the U.S. Championships. Both times he finished second to Chen. The 2019 World bronze medalist has prepared to new programs.

The 20-year-old, who is training with Christine Krall in California, has four different quads in his program–Lutz, flip, Salchow and toeloop–and is certainly a force to be reckoned with.

Uno had a rough time last season, but seemed to regain his confidence since working full-time with Stéphane Lambiel in Switzerland. The 2018 Olympic silver medalist has the quad flip, Salchow and toe in his arsenal.

Like Hanyu, Uno did not compete at NHK Trophy, but he finished second to him at nationals. The two-time World silver medalist still had some problems with his technique at nationals, but remains a top contender for Stockholm.

Jin looked solid at the ISU Grand Prix Cup of China where he defended his title and the two-time World bronze medalist should not be counted out in the medal race. The 23-year-old can usually rely on his quads, notably the quad Lutz, but he has also grown as a performer. While he qualified for the ISU Grand Prix Final last season, he was only ranked fourth at the ISU Four Continents Championships.

Yuma Kagiyama is Japan’s rising star. With bronze at the 2020 ISU Four Continents Championships and gold at NHK Trophy (without Hanyu and Uno competing) he made it clear that he is competitive at the senior level. US bronze medalist Jason Brown is still struggling with the quads, but the quality of his skating overall makes him a contender in a deep field. Others to keep an eye on for the top 10 are Kevin Aymoz (FRA),  Junhwan Cha (KOR), Keegan Messing (CAN), and Daniel Grassl (ITA).

2020 European Champion Dmitri Aliev (FSR) has been struggling this season with injury and illness and was not selected for the World team.

How close do you think you can predict the placements? Cast your votes and see if you can win your own medal! Don’t forget to join your fellow figure skating fans in the competition threads to share in the excitement when the men take the ice on March 25th for the Short Program!