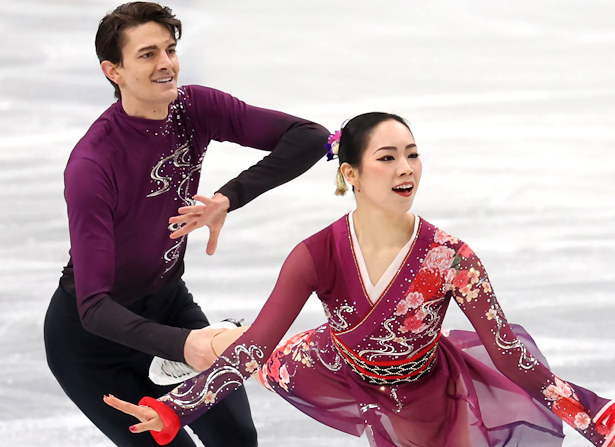 Misato Komatsuba and Takeru Komatsubara perform their Free Dance to Memoirs of a Geisha at 2021-22 Japanese Nationals.

Misato Komatsubara and Takeru Komatsubara (Tim Koleto) defended and won their fourth consecutive title at the 2021–22 Japan Figure Skating Championships on Saturday. Kana Muramoto and Daisuke Takahashi took the silver, while Ayumi Takanami and Shingo Nishiyama earned the bronze in their national debut as a team.

Komatsubara and Komatsubara, produced a mesmerizing Free Dance to music from Memoirs of a Geisha which featured level three one-foot steps and diagonal steps, while the twizzles, lifts, and spin were graded a level four. The rotational lift was extended, which resulted in a one-point deduction, but in the end it didn’t matter as they had a five-point lead coming into this segment (68.16). They placed second in the Free Dance with  112.96 points, but with a total score of 178.17, maintained first overall to defend their title.

Muramoto and Takahashi executed level-four twizzles, lifts and combination spin in their classical routine to La Bayadère while showing marked improvement in their one-foot and diagonal steps which were graded a level three. The sophomore ice dance team, who were second after the Rhythm Dance (63.35) won the Free Dance with 112.96, but it wasn’t enough for the top spot with an overall score of 176.31.

Ayumi Takanami and Shingo Nishiyama gave a delightful performance to An American in Paris, which featured a level-four rotational lift. The twizzles were graded level three for her and four for him, and the team moved up one spot to claim the bronze with a total of 148.29 points.

Kiria Hirayama and Aru Tateno rounded out the top four (147.39). The team was in third (58.93) going to the Free Dance (88.46) which was set to The Umbrellas of Cherbourg and was highlighted by two level four lifts and combination spin. 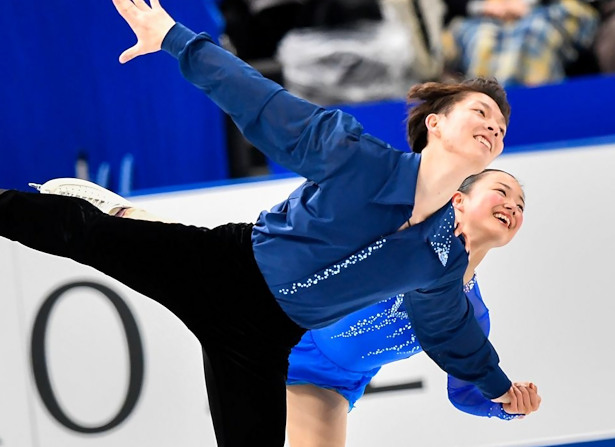 Riku Miura and Ryuichi Kihara skipped the event as they have already earned a spot on the Olympic team. Miyu Yunoki and Shoya Ichihashi are the only Pair team competing at this event.