Evgeni Semenenko | Golden Skate
Menu
Log in
Register
Navigation
Install the app
More options
Contact us
Close Menu
You are using an out of date browser. It may not display this or other websites correctly.
You should upgrade or use an alternative browser.

Evgeny is coached by Alexei Mishin and Tatiana Mishina.

2021-22
SP:What Is It About Her? by Nadim Naaman
FS: The Master and Margarita (soundtrack) by Igor Korneliuk


Original Post​
He is one of the youngest skaters who do 3A and has expression in his skating.

I dont know what to put here else, because he will be eligible for JGP only in the next season. No bio on ISU yet.

his legs grew and his skating skills have deteriorated
but good news is he still has his triple axels.
T

I haven't heard how he did at the test skate event but based on the fact that he is still been assigned to JGP Austria he must have done pretty good. So, it looks like he will do his JGP debut soon.
P

At least his stsq was the best at the field. Really nice footwork, but not enough speed.

He really stood out for me as someone who skates with a lot of passion. Hope he'll go clean in the Free.

First competition in over a year!

Evgeny has qualified for the Russian Championships Elder Age which takes place at the beginning of April!

I will give this thread a bump.
Evgeni became the 2021 Russian National Champion among Juniors! Congratulations! 🥇🏆💐

Zhenya is going to Worlds! 😍

He deserves it. He won junior nationals and RCF. Good luck at Worlds.

Some pre-Worlds interviews with Zhenya appeared. The most exhaustive one comes from nevasport.ru:

What you need to know about Semenenko, who is going to the 2021 World Cup​

The Russian Figure Skating Federation made a bold and honest decision: it handed a ticket to the World Championships to 17-year-old Evgeny Semenenko,who sensationally turned out to be the best in the final of the Cup of the country. On the shoulders of the young athlete lay a difficult task: on the debut tournament for himself he will fight for the Olympic quota.

Not much is known about the talented junior: this year he won at one of the stages of the Russian Cup, and also took gold at the junior championship. If ISU had not abolished the UPM, Evgeny would have been the first number of the national team on it, but the cards were different: instead of the junior tournament Semenenko will go to the adult.
After the Championship of Russia, the athlete did not think about a ticket to the main start: he said that he set himself only one goal - to be on the list of the main team. It turns out that Evgeny not only coped with the task, but also exceeded it. In this light, it seems particularly interesting that Semenenko could not become a figure skater at all: at first he planned to go to athletics. The athlete lived in Pushkin and could not go to ice training in Jubilee, while the track and field section was right by his side. However, when Evgeny came to the screening, he was not only refused, but also kicked out in a rather rigid form - said that the athlete will not come out of it.

After that, Semenenko still found himself on the rink: according to him, figure skating was chosen on the residual principle - to do at least something. At the time of the first training, Zhenya was five years old, and the figure, fortunately, quickly fascinated him.
The figure skater was not immediately in Alexei Mishin's group: he started his way under the guidance of Svetlana Franzusova, and in the team of the Professor was by the age of eight. The decision to change the coach was made for simple reasons: it was necessary to move on, to go to a new level. But the main mentor of Evgeny was not Himself Alexey Nikolaevich, and his wife, Tatiana Mishin.
"When I was a kid, my main coaches were Tatiana Mishin in the children's group - she is still the most important person for me, Oleg Tataurov and Veronika Dayneko, choreographer Agatha Smorodin. They all played a very important role in my career,"Semenenko recalled in an interview with Sport24.

Athletes often talk about the warm and friendly atmosphere in Mishin's group, and Evgeny confirms these words. Now several specialists work with him - Alexey and Tatiana Mishin, Tatiana Prokofieva, Artur Gachinski. According to Evgeny, coaches always support him and know how to find the right words to tune in to competitions.

It is noteworthy that Semenenko found Mishin athletes of completely different eras: he joined the team of the Professor, when it trained Yevgeny Plushenko with Artur Gachinski in the senior group and Alexey Krasnozhon with Makar Ignatov - in the junior. Now Evgeny calls Plushenko and Gachinski skaters, which cause him admiration. He is not shy to include in this list and those with whom the rink shares: Mikhail Kolyada and Elizaveta Tuktamysheva.
The arrival of Kolyada was a great success for Semenenko: he had a world-class sparring partner, and the coach uses it in his work. As Evgeny said, in training Mishin arranges jumping battles between him and Kolyada: they go to one element together and see who will cope better. Such rivalry, according to the athlete, helps to always maintain motivation and fighting mood.

Less than two weeks separate Semenenko from the moment when together with Kolyada he will enter the ice arena of Stockholm at the first World Championship in his life. He and Mikhail will become both rivals and partners: Mishin's group faces a serious task - to win the third quota for the Olympic Games. To do this, it is necessary that the sum of their final seats does not exceed 13 - a condition not easy, but doable.

thank you to @CrazyKittenLady for adding links to his Media profile!

Some pictures of Zhenya and Team Russia after winning the gold 🥇at WTT 2021:

Zhenya really couldn't have done any better in his first international senior season, and it wasn't just pure luck either. He earned his starting places at Worlds and WTT fair and square with his consistent performances. Now let's hope that he will get that PCS boost next year, just in time for the Olympics (dream big, right?

I usually don't watch Exhibition Galas, but tonight while doing some chores I had the WTT gala on in the background. Zhenya came up first (very entertaining program by the way) and I had the second figure skating fashion-related flashback within a couple of days. 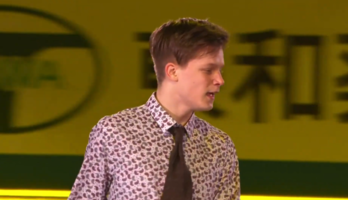 Still, I couldn't quite place it. In the Mishin 80.0 show Zhenya had skated in a yellow shirt, of that much I was sure. So where had I seen that shirt before? 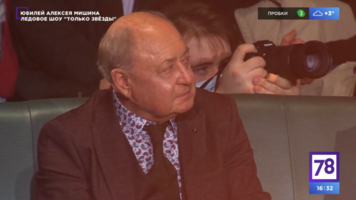 Am I dreaming or is that the same shirt? It even looks like the same tie!

This is utterly hilarious and quite endearing at the same time.

Lol, someone posted the shirt photos to the Russian FSO board and someone else apparently took them from there and posted them to their instagram stories where Evgeni saw them. He said that there was no special story about the matching shirts, just that he didn't bring a costume for the gala.

So, shirt mystery solved.
Well, if Zhenya continues to skate like that, he better get used to being invited to exhibition galas and bringing the costumes!

Edit: Now the St. Petersburg Fed got wind of it. They have better photos than me, though. https://www.instagram.com/p/COGYodZJ4Eq/?igshid=1pba9v525jol6
Still, I spotted it first and you fellow Golden Skaters are my witnesses.
Last edited: Apr 25, 2021
You must log in or register to reply here.