2021 JGP France: Women's Short Program | Page 13 | Golden Skate
Menu
Log in
Register
Navigation
Install the app
More options
Contact us
Close Menu
You are using an out of date browser. It may not display this or other websites correctly.
You should upgrade or use an alternative browser.

I watched the top 3 skaters. Gosh I miss skating. And Ted Barton.

Ichatdelune said:
At least the Queen was fine with it... (deep sigh) it was supposed to be Yun-a, not Yu-na goddamnit
Click to expand...

Ah, i thought it was Yeon-a.

yume said:
Well, between the translation mistakes (wonder why Yeon-a became Yu-na) and the foreign languages, all names are pretty difficult to pronounce. Easier to write them. Even if ISU and media don't bother to write the "-" between the two parts of a name.

Edit: By all names i mean not only the Korean names.
Click to expand...

연 can be transliterated as either Yeon (RR version) or Yun(so that it'll rhyme with sun) and the Queen chose to write her 연 as Yun, and 아 is the a. By sheer mistake at the airport (can't remember where) Yuna(Yun-a) became Yuna(Yu-na), the Queen was fine with it so she lives with it still but it still kinda irks me to this day. And lord I want the ISU to add a recording of the skater saying their name on the ISU profiles so bad (since you can't make everyone learn the IPA that's the closest I can get to internal peace)

See above: Yeon and Yun are both transliterations of 연, aka the same sound

Ichatdelune said:
Okay I need to take a sanity break, but just two things about my girls here:

I am kinda unhealthily obsessed with names and butchered names of our skaters is one of my greatest pet peeves
Click to expand...

Thanks for this info! I can read Hangeul and speak a little Korean so I always get confused and frustrated by how English-speaking commentators pronounce their names. I'm often suspicious it isn't right and have to search for the names in Korean.

Hyena said:
Thanks for this info! I can read Hangeul and speak a little Korean so I always get confused and frustrated by how English-speaking commentators pronounce their names. I'm often suspicious it isn't right and have to search for the names in Korean.
Click to expand...

Back in the 2019-2020 season I used to send Ted recordings of my girls' names via email, now if only I had all the emails of the announcers at all competitions where Korean names were butchered

This was a tough panel — the top four all got q calls on their combinations.

Late to the show. Bit ill today. My favourites were Janna , Noelle, kaiya .who has really matured in her skating from last I saw her. I have always liked her. Congratulations to all the women for getting out and competing again. It was wonderful for them and us as fans. Good to have Ted's dulcet tones back !!

breadstal said:
The Satoko vibes I get from Regina, I finally saw her performance, and I'm just wow-ed, absolutely gorgeous spins and impressive interpretation! My favorites today were her, Clare, Kaiya, Ahsun, and Noelle

Same! Perhaps you’re aware of this, but Satoko skated to this song during her JGP season as well
L

CaroLiza_fan said:
Ooooh. The Mexican girl starting this group off is coached by the Cantú sisters!

(Still trying to find out if Andrea Montesinos is related to them...)

Sorry for the double post but who are the Cantu sisters?

Former Mexican champions. We used to see them at 4CC! They also skated synchro with the Mexican team. They had a unique style!

flanker said:
Who's her coach? And generally, how's Iceland with figure skating coaching? Do they have their own or they inviter coaches from abroad?
Click to expand...

Darja Zajčenko is her coach. There are 3 rinks in the country. Full time domestic and foreign coaches from all over the world in Iceland. One skater currently training in Switzerland with Lambiel. rest train in Iceland like Júlía Rós

thorag said:
Darja Zajčenko is her coach. There are 3 rinks in the country. Full time domestic and foreign coaches from all over the world in Iceland. One skater currently training in Switzerland with Lambiel. rest train in Iceland like Júlía Rós
Click to expand... 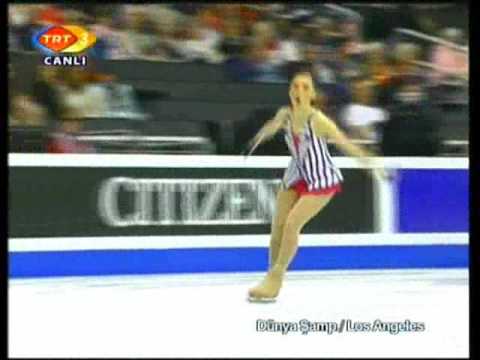 Amazing Beatlejuice program with a fantastic difficult clean jumps and spinns. The best program ever by a Mexican. Congratulations Cecy, was greate.

In 2009, Ana Cecilia Cantu qualified to the FS at World's with the above sp performance to Beetlejuice!
Last edited: Aug 19, 2021

I didn't get to see all the performances, but I did watch the two Americans.

I thought both were fairly bland. Thorngren has some amazing positions, but they seem less impressive when delivered in a joyless performance.

It was like "I've got a job to do. OK, I've done it." It had all the charm of watching someone balance a checkbook. It was done well and I appreciate she did it well, but it wasn't compelling.

I'm sure that age and maturity level have a lot to do with it, and I look forward to her improvement.

Colonel Green said:
This was a tough panel — the top four all got q calls on their combinations.
Click to expand...

This is a panel after my heart.

Looking down the protocol pages, they are littered with q, <, <<, and e.
R

I just finished watching the competition. Excellent judging panel. Hoping for a similar panel for the Senior Circuit

Without the Russians and Japanese, the Canadians and Americans really dominated the two categories. This competition really made me miss those two countries.

But, it was fun watching the competition play out. I’m in agreement with the standings. A battle between the two americans for gold and can the Canadian hold on to bronze or can one of the Koreans catch her? Ahsun was the competitor I thought could challenge the Russians the most for a spot in the Grand Prix finals. I’m going to really be rooting for her for the free skate.

Amazing Beatlejuice program with a fantastic difficult clean jumps and spinns. The best program ever by a Mexican. Congratulations Cecy, was greate.

In 2009, Ana Cecilia Cantu qualified to the FS at World's with the above sp performance to Beetlejuice!
Click to expand...

I was lucky enough to see this in person and besides the top skaters that were there (Yuna and Mao, etc.) it was this sp that I remember from the event! Nice to see her protégé here, I really liked Regina's posture and carriage.

Sorry for not replying. I was asleep when you asked this.

And no need for you to apologise. It has been a while since they were competing, so not everybody will know them.

Doris has already answered your question perfectly. (I didn't realise they had gone into Synchro, so that was something I learned thanks to your quesstion).

I also posted videos of both sisters a few posts after the one you quoted (see this post). As the competition was still ongoing, I only had time to select one FS video for each of them. So, thank you to Doris for adding in an SP from Ana Cecilia.

To complete the set, here is Michele's second highest scoring SP (apologies for the very poor picture quality. It was uploaded 13 years ago!):

Had to laugh at Simon Reed initially saying she was from Russia, and then quickly correcting himself.

And now for a correction from me. According to her ISU Bio, Regina used to be coached by both Michele and Ana Cecilia, but now it is just Michele. But, I think it is safe to say that they both have both played a big part in getting Regina to where she is today.

Incidentally, for those who understand Spanish (I don't), here is a feature about the sisters:

And here is an interview with Michele:

So, I hope that the things that Doris and I have posted have helped enlighten you to the sisters.

Who'd have thought that the biggest surprise would come from Poland? Noelle spinned almost like Kamila..