Piper Gilles & Paul Poirier | Page 33 | Golden Skate
Menu
Log in
Register
Navigation
Install the app
More options
Contact us
Close Menu
You are using an out of date browser. It may not display this or other websites correctly.
You should upgrade or use an alternative browser.

Piper & Paul are a terrific dance team. Will they go to Worlds? I surely hope so!

The lighting for their "Vincent" gala was a spectacular addition to their performance of it!

These two have been making me happy since their Hitchcock program! Such innovative and passionate skaters! They have made the sport better.
S

Do you think they would go to worlds and skate their vincent program? I would love to see them odium at worlds. The long and winding roud is so sad when the olympic road ran into a blockade and it seems once again a good Canadian team ends up on the bottom of the heap when they could have been on the podium. I remember Weaver and Poje and Dubreil and Lauzon Great teams and no olympic medal or world title.

Skater Boy said:
Do you think they would go to worlds and skate their vincent program? I would love to see them odium at worlds. The long and winding roud is so sad when the olympic road ran into a blockade and it seems once again a good Canadian team ends up on the bottom of the heap when they could have been on the podium. I remember Weaver and Poje and Dubreil and Lauzon Great teams and no olympic medal or world title.
Click to expand...

It's only another month. I hope they will.
W

If there is a lesson to be learned from P&P's FD this year (in conjunction with Voir's Silver Medal FD at Sochi) it's this:

On a more upbeat note, P&P have been a consistent joy throughout their career, Carol Lane is both entertaining and stylish, and I am grateful I got a chance in my lifetime to watch them.
R

In retrospect (hindsight being 20/20 of course) I think they should have gone with something weird/memorable for their FD this season, and something sophisticated rather than purely fun for their RD. I always maintained the costumes for the RD were a mistake. I think they were an invitation for the judges not to take them seriously. And I'm just not the biggest fan of Elton John for figure skating music, sorry! I think of my three favourite RDs this season and they were all really, well, cool — Papadakis/Cizeron, Smart/Diaz and Chock/Bates.

While I came to love their FD (the choreography is stunning), I think they needed something more in your face and different from what the other teams were doing, and this was too subdued in the sea of teams. And once again, the music choice was a bit of a miss for me (not the version of the song, but the song itself doesn't do it for me, sorry Beatles fans!). Of course they couldn't really know some of this until they saw what the other teams were skating to. I can't help but wonder if we wouldn't have seen some wholesale changes from them if there had been a Grand Prix Final and they could have seen where they stacked up before hitting Olympic ice.

I hope they stick around next season and just go all out and pick something totally off the wall and dare the judges to ignore it. I thought that's what happened at the Olympics — they kind of got ignored. And of course they had bad luck with the lift. But yeah, wild and crazy next season is what I'm rooting for. Something in the vein of Hitchcock.
S

I hope Piper and Paul stick around. That bright orange/disco RD was reminiscent of Sargent Pepper a few years ago and not in a good way. I love that music but that over-the-top approach didn't work with Sgt Pepper and it didn't ring strong with this year. I wanted to like the FD but the music was just too similar throughout and lacked the pleasant quirks and strong ending found in other years.

The following is from CBC television's broadcast of Worlds with Kurt Browning and Carol Lane as commentators (no rhythm dances were aired).


I had to upload the duo's free dance on Streamable because it was rejected by Dailymotion due to the music. 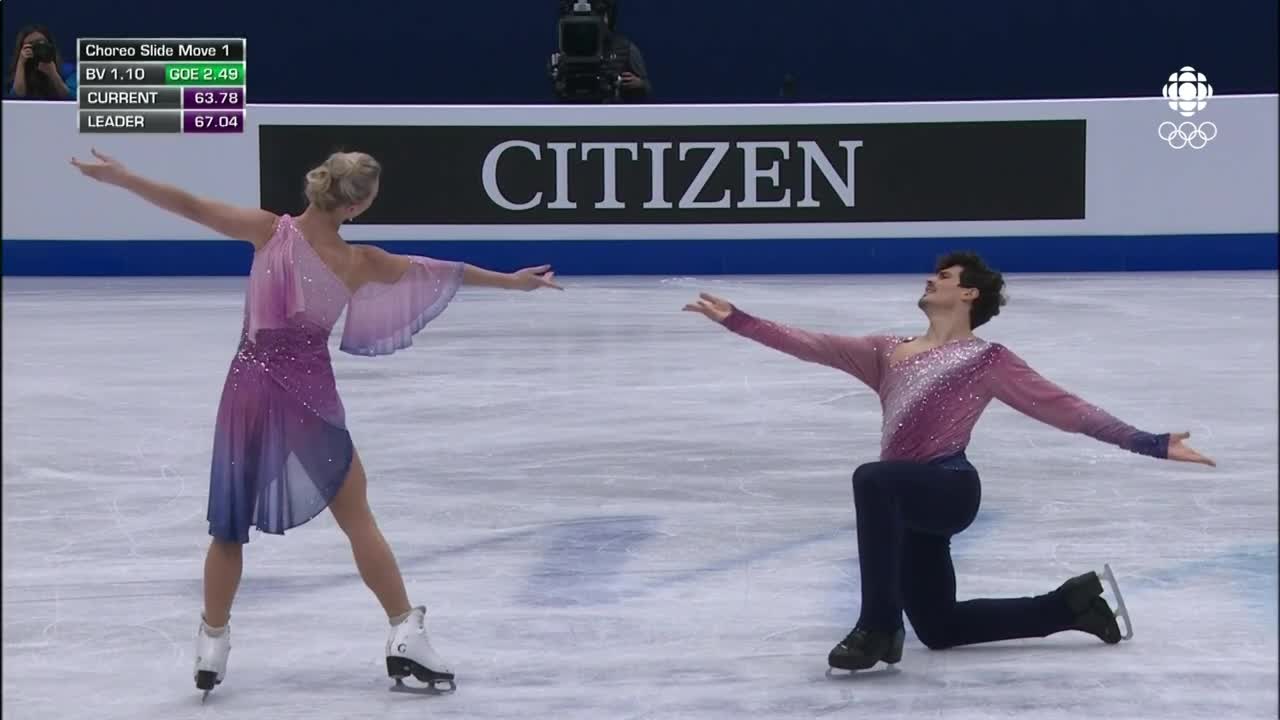 Congrats to the happy couple!

Congratulations to Piper and the lucky guy!

Yeah, Piper and Nathan have been together for four years. Beautiful couple! All the best to both of them

Congrats to Piper! All the best ^^
You must log in or register to reply here.