Artem Kovalev | Page 13 | Golden Skate
Menu
Log in
Register
Navigation
Install the app
More options
Contact us
Close Menu
You are using an out of date browser. It may not display this or other websites correctly.
You should upgrade or use an alternative browser. 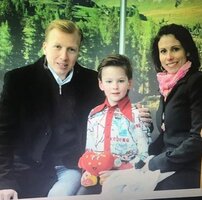 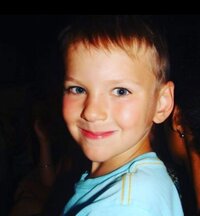 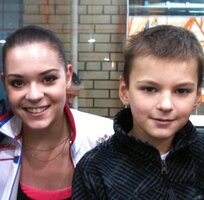 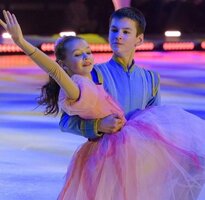 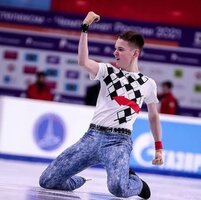 His mother's Instastories has lots of photos for the occasion

There's a lot of baby pics here, I wanted to link them all

Pics from the party. Cake looks good! Plus video of them singing happy birthday!!! Was he embarrassed?

Well test skates were today. No video but for the SP music, it can be safely said that he returned to his 2016-2017 FS music, "House of Flying Daggers." This was quite a successful program for Artem. Pity the stream hardly showed anything.

On another note, my goodness how tall is he now?

They uploaded the SP 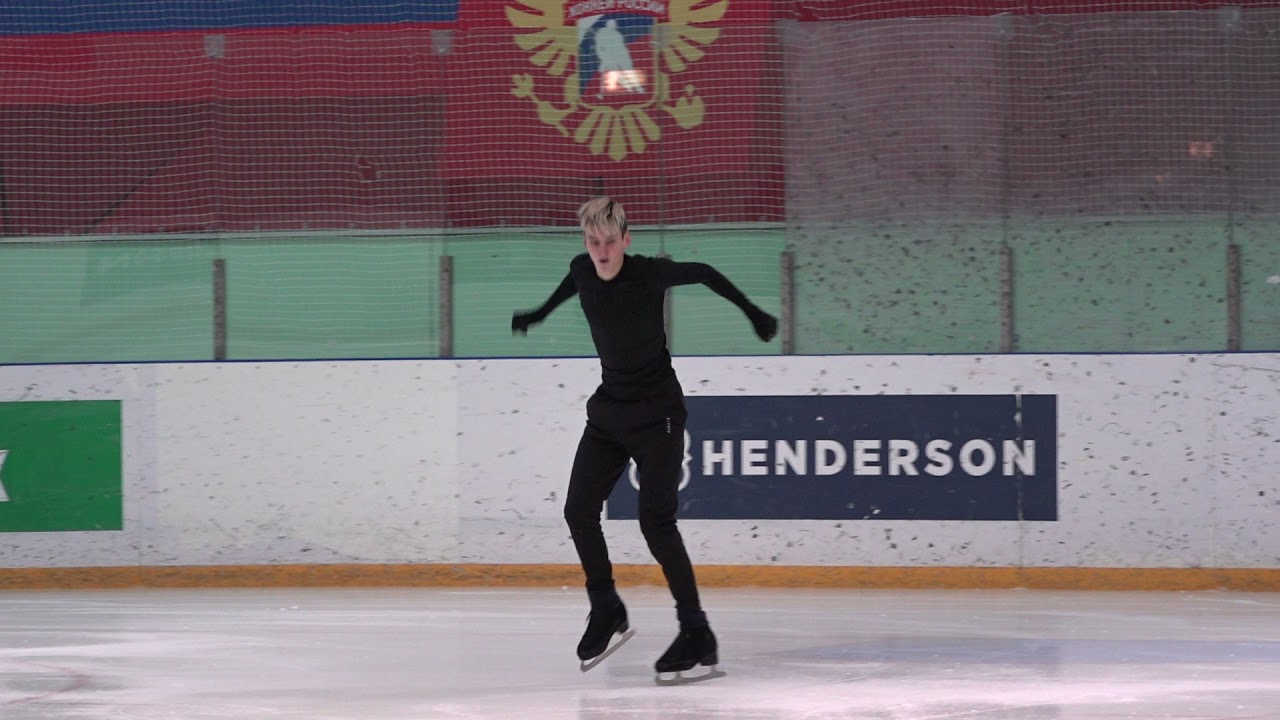 Artem is on the (preliminary) list for the Moscow Championships among Jr. Starts on the 24th.

- We were preparing for the season in Moscow, did not go anywhere, we had training camps at home. On August 1, we began to train at a new skating rink in Novoperedelkino, where my school was opened - "Alexander Volkov's Figure Skating School". We have a large sports complex there, four ice fields, a game room, a gymnasium for physical training, choreography, a swimming pool - all conditions for preparation. 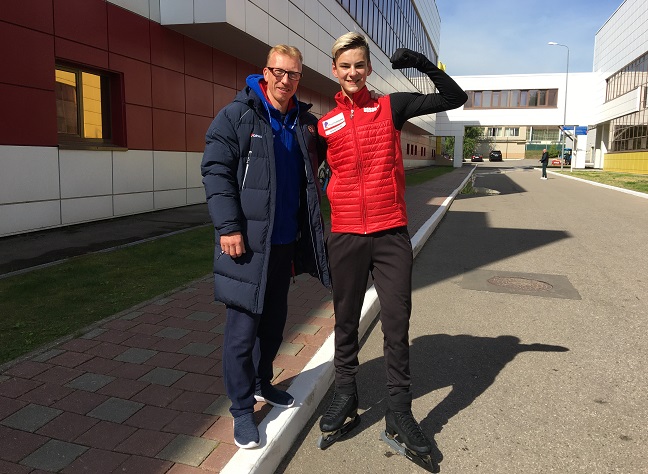 Now, while Artyom and I are at the rental, there is a
recruitment of children into groups. The coaching staff of the school - my wife Martina, Alexander Zotov, Dmitry Zykin - he leads the choreography, jazz class and Alena Ryvkina. It turns out four trainers and a choreographer.

As for Artyom's programs, we left the free program to the music of the Queen group, because the last season was chaotic, without international starts, and the program turned out to be successful, it looks good, everyone likes it. Martina put it.

The short one was changed, they took the music "House Of Daggers and Samurai Collection", to which Artyom skated during the season when he made his debut at the Junior Grand Prix in Japan. The program has been slightly altered, it looks different.

Over the summer, Artyom has grown a lot, became a head taller than me. While it is difficult for him to control his body, but we are trying, working. At the rental, we skate the free with one quadruple - salchow. We do the second in training, but in Novogorsk we will not insert it into the program yet. And so, plans for the season to perform three quads in the free - two salchows and a toeloop. - said coach Alexander Volkov.
Click to expand... 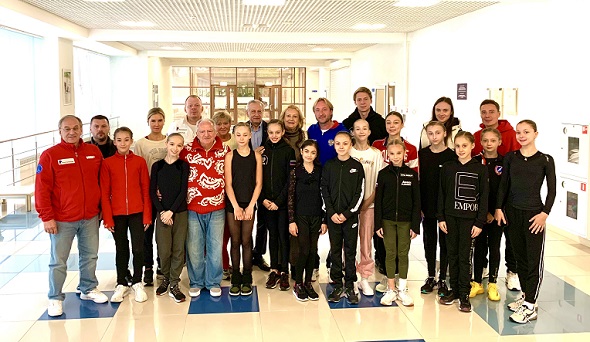 His profile (height at least) has been updated. I believe he is now the tallest Russian male (singles) at 185 cm. Passing Anisimov and Ignatov. 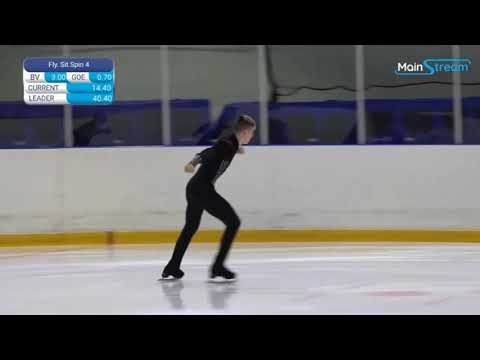 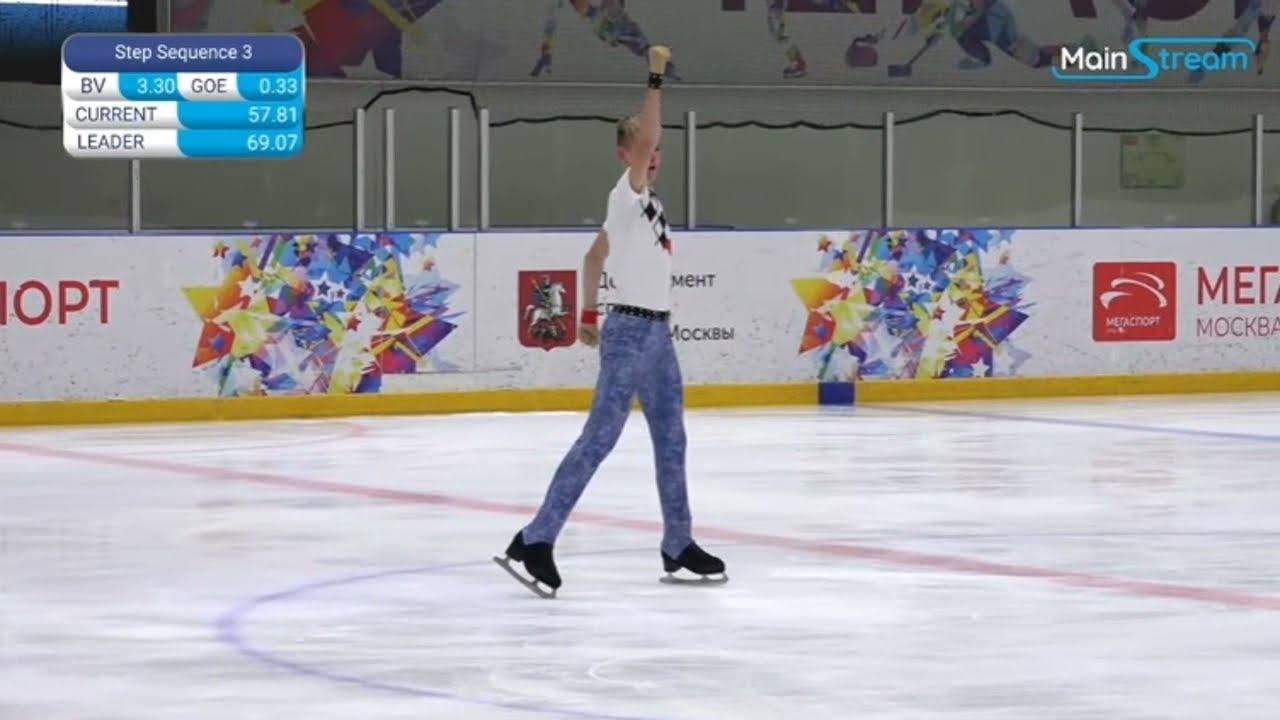 He has arrived in Krasnoyarsk!!!! 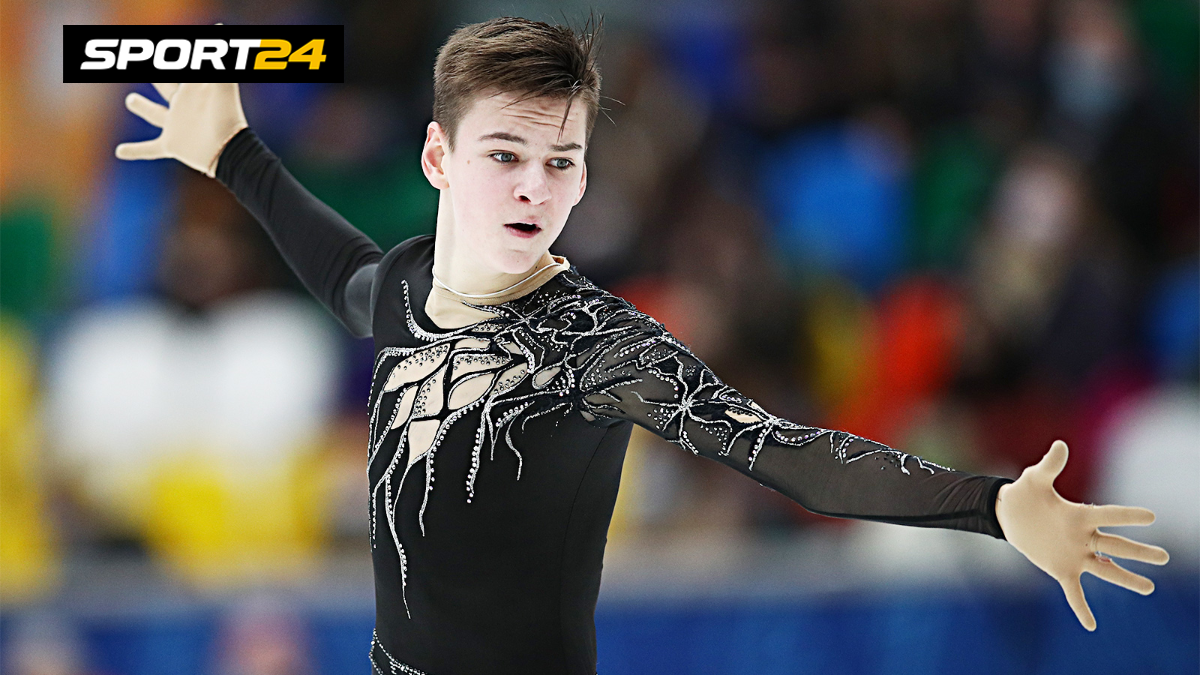 Awesome skate - he was so completely in the zone, I just did not expect to see aany mistakes happen. 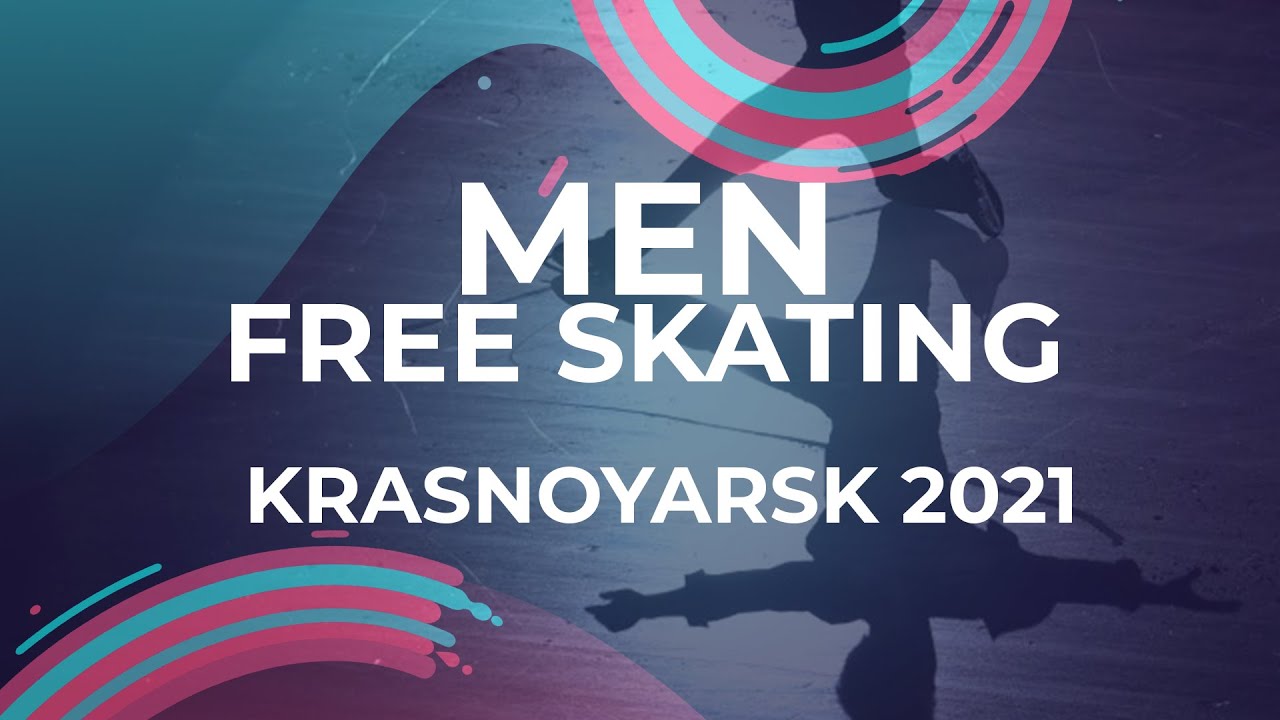 He'll learn one day to cope with the pressure. So far he has the 4th highest score among the Russians. Let see if he gets another event.

RemyRose said:
He'll learn one day to cope with the pressure. So far he has the 4th highest score among the Russians. Let see if he gets another event.
Click to expand...

You're a good fan! Being optimistic is a good idea!

I hope Artem's not to disappointed though. He's really good and if he puts it together he can reach the top!

He'll learn one day to cope with the pressure. So far he has the 4th highest score among the Russians. Let see if he gets another event.
Click to expand...

I just finished watching the competition - though I'd already "cheated" by finding out the results beforehand. I winced at every mistake he made, though I've certainly seen worse - he didn't have a meltdown, but his mistakes were just too costly here.

I'm sure he will learn with practice & experience. My present worry is that his placement here will mean he won't get another spot - here's hoping they do consider his score as well, and not only the placement.

No changes in the lineup, I'm not questioning it

No changes in the lineup, I'm not questioning it
Click to expand...

That's interesting about no changes in the line-up (I hope it stays that way, don't want anyone missing out!)...it could be because there was only one Russian Junior man this week? Er last week...at Ljubljana.
Last edited: Oct 2, 2021

It's official! He's now on the entry list to the last JGP!!!

https://results.isu.org/events/jgpaut2021_JuniorMen.htm
You must log in or register to reply here.