Another death to report, I'm afraid. All round entertainer Des O'Connor died on Saturday after having a fall a week earlier. He was 88 (no, I can't believe he was that age either. He looked so much younger!)

Des O'Connor did practically everything that was going in the entertainment industry. Which is hardly surprising, as he started off as a Butlin's Red Coat. I knew him mainly as a TV presenter, which he was great at. But, in his younger days, he was better known as a singer.

So, as my tribute, here he is singing the song that earned him the #1 spot in both the UK and Ireland:

My thoughts go out to his family, friends and fans.

What a pleasant voice! May his memory be for a blessing.

Born to Move.. with Kurt Browning!!!

The complete skate from the 2017 Born to Move video. https://www.physiotherapyalberta.ca/born_to_move Born to Move. Over 2,600 physiotherapists were born to ...

OK, so I meant to post about this when I signed in on Tuesday. But by the time I got all the corrections to the Nationals Game stuff done, all I wanted to do was go to bed!

For as long as I can remember, I have watched the "Last Night Of The Proms" every year. And for the past few years, I have started watching the highlights of the Scottish edition of "Proms In The Park" as well.

On Tuesday, a Scottish girl that I am friendly with was in my thoughts. So, I decided to hunt down one of my favourite performances from the Scottish Proms that I have seen:

This was from the 2018 concert at Glasgow Green.

"Mirsilou" is an interesting piece. Although the music undoubtedly sounds Middle Eastern, the lyrics (and the title) are actually Greek. It is a love song from a Greek guy to an Egyptian girl.

And at this point, I should add that Laura and Sarah Ayoub were born in Scotland to Egyptian parents. So, they are whatever is the plural of "Misirlou"!

If you want to hear "Misirlou" with vocals, here are a couple of LIVE performances of it by a Cypriot singer I like.

And secondly, a really slowed down version from an appearance in Athens a few weeks ago:

And it is really appropriate that Anna is the person singing it. Because she is from the village of Pyla / Pile, the only place on the island where the original Greek Cypriot and Turkish Cypriot inhabitants still live side-by-side.

Misirlou, and I can confirm that its been played @ many Jewish wedding receptions in my extended family.

Finally, a song I actually know and like has topped the charts!

It may be 26 years late, but one of my favourite Christmas songs has finally reached #1 in the UK charts!!!!!!

Mariah Carey - "All I Want For Christmas Is You"

Don't get me wrong, I like it a lot too. But you have to admit, Mariah's song is in a totally different league.


iluvtodd said:
Misirlou, and I can confirm that its been played @ many Jewish wedding receptions in my extended family.
Click to expand...

I don't actually know any Jewish people in real life. So, I have never been to a Jewish wedding. But, from what I have seen in films, they seem like great craic! And I love the music that gets played!

The absolute all time best Christmas jam, with a new video:

This Christmas, by Donny Hathaway

Here for the High Lord of Extra

This is incredibly special, I think - Australia's Classics FM, their virtual choir singing a carol specifically commissioned and written by Deborah Cheetham.


If you have felt isolated and alone at any time this year, I think this will speak to you.

A lot of Bolero since Valieva killed it at Nationals.

And this. Yuhana Yokoi skated to this gem at Japan Nationals.
Sarah Alainn - Nandemonaiya (Bilingual) 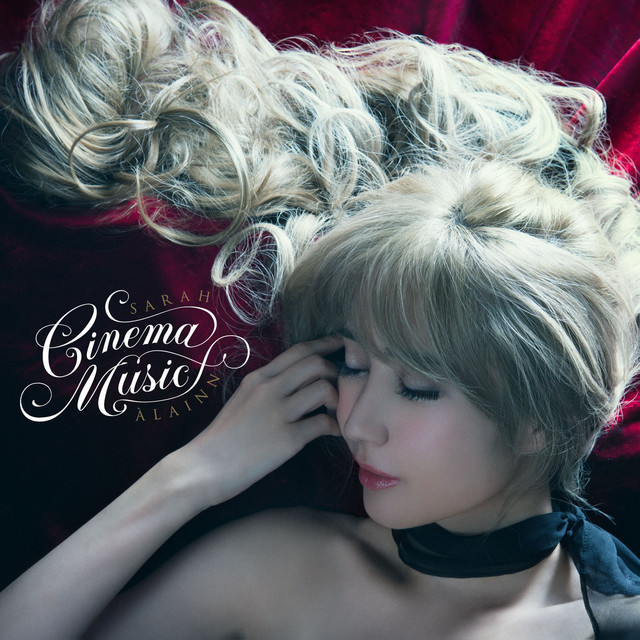 The soundtrack to "The American President," one of my favorite movies.

Here for the High Lord of Extra

iluvtodd said:
The soundtrack to "The American President," one of my favorite movies.
Click to expand...

Is it on youtube? I love soundtracks, have heaps that I use for mood music when writing or working online

I've currently got the one to the Chinese drama The Untamed running, someone told me I had to watch it and it really is oh so much fun, and the music is lovely. The Mission is going to be next, because a day with Morricone is always a better day.

Yes, it's on Youtube (track by track - one of those "play all" deals). I have it on cassette tape & still have a mini-boombox with a cassette player/CD player/AM/FM radio. For years I've been trying to "upgrade" the cassette tape of it to CD, but have had no luck through Amazon. com, etc. I wish there was I way we could convert it from cassette to CD (I'm no "techie!")

A few years ago we were standing in line for Disney's California Adventure ride "Soarin'." To my delight, the music that was playing while you wait inline was the main theme of "The American President!"

I bought the CD of "The Mission," thanks to Paul Wylie & Matt Savoie!


https://youtu.be/DhFC3AhLtag
Lakme - Flower Duet
When the President picks her up at her apartment this is playing softly in the background..