2021-2022 Programs by Discipline | Page 19 | Golden Skate
Menu
Log in
Register
Navigation
Install the app
More options
Contact us
Close Menu
You are using an out of date browser. It may not display this or other websites correctly.
You should upgrade or use an alternative browser.

Piper Gilles & Paul Poirier
RD: "I Guess That's Why They Call It the Blues", "I'm Still Standing" by Elton John
FD: "The Long and Winding Road" performed by Govardo

Wow, I just noticed this sp selection. I'm not familiar with Ahsun Yun, but the Nirvana music selection should be quite interesting. Is Ahsun a junior skater?

Former skater, Scott Williams (who briefly coached Michelle Kwan before she hooked up with Raf), famously skated to Smells Like Teen Spirit, as a pro skater in the 1990s. Williams was a very good eligible skater (a contemporary of Brian Boitano), but his career really took off in professional competitions, which proliferated during the 1990s, and were a boon for many skaters, post their eligible careers. That's one reason why it's a shame there are no longer many pro competitions for veterans who retire from eligible competition.

Williams often worked with the amazing and very creative choreographer, Brian Wright, in crafting his pro performances. I wonder whether Ahsun has seen and was possibly inspired by Williams' pro performance to the Nirvana music. Here it is, from 1998: (Williams is known for his amazing barrel rolls) 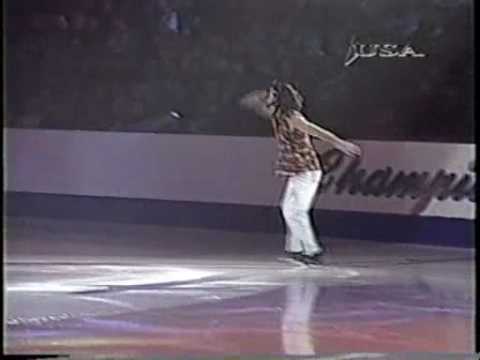 Scott Williams out of the box.

And the below performance to Truly Madly Deeply, is one of my top favorites from Scott Williams, also choreographed by Brian Wright: 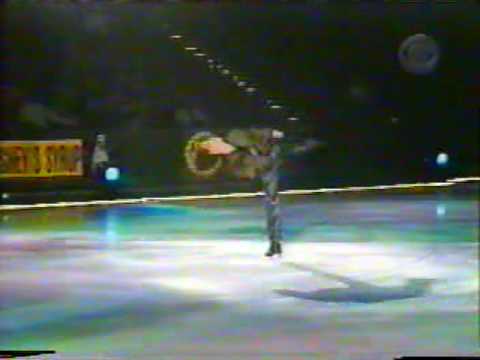 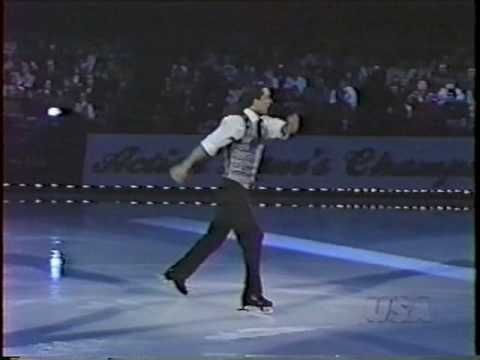 BlissfulSynergy said:
Wow, I just noticed this sp selection. I'm not familiar with Ahsun Yun, but the Nirvana music selection should be quite interesting. Is Ahsun a junior skater?
Click to expand...

She is in the junior GP circuit this season. It is a piano version of the song which has some of the aggression of the original, but is mostly a fairly predictable classicizing version of a rock song. She skates it as if it was classical music.

Annika Hocke & Robert.Kunkel GER
SP: "All Your Love On Me by ABBA
Voulez-Vous by ABBA
FS: "The Other Side" by Ruelle
choreo by Anna Cappellini, Luca Lanotte, Joti Polizoakis

Daria DANILOVA & Michel TSIBA NED
SP: "Bad Guy" by Scott Bradlee's Postmodern Jukebox feat. Ariana Savalas
FS: "All by Myself" (Remastered) by Eric Carmen; "I’ll Be There For You" (From “Friends”) by The Rembrandts
choreo by Joti Polizoakis

Huang & Wang skating to the Lone Ranger soundtrack brings up some very odd possibilities. The only two cast members that lift each other, even metaphorically, are the horses Silver and Scout.

Updates of Men going to Nebelhorn

Paul Fentz GER
SP: "Wire to Wire" by Razorlight
FS: "Rock You Like a Hurricane by Scorpions; choreo by Adam Solya

Thomas Stoll GER
SP: "Despacito;" "Bailar"
FS: "Back to Black" by Oscar and The Wolf; choreo by Panagiotis Polizoakis

Edrian Paul Celestino PHI
SP: "In This Shirt"
FS: "You & Me" (The Wildfire) by Aron Wright; "You" (Piano & Strings Sessions Version Instrumental by Future of Forestry; choreo by Milena Todaro, Julie Marcotte

Minimum warhorses.. lots of music to listen to & discover..

dorispulaski said:
Paul Fentz GER
SP: "Wire to Wire" by Razorlight
FS: "Rock You Like a Hurricane by Scorpions; choreo by Adam Solya
Click to expand...

It's not... as bad as it could be? https://www.youtube.com/watch?v=7ss-xmvLGFw The video made me audibly snort though, lol.

Skatesocs said:
It's not... as bad as it could be? https://www.youtube.com/watch?v=7ss-xmvLGFw The video made me audibly snort though, lol.
Click to expand...

did i judge a book by its cover? but big sick bodies didn't sound that cheerful

I humbly suggest that those of us who frequent the competition threads should from now on be known as the “Grand Corps Malade.” 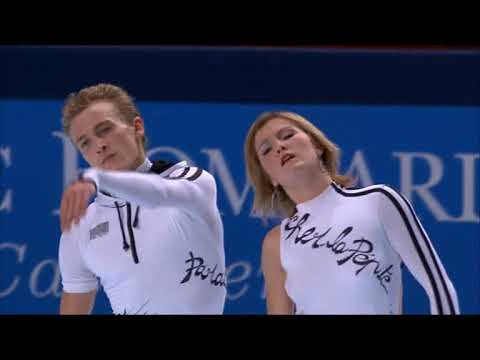 This one is worse imo

You know what, though? I’d rather watch that—being full of the wonderful weirdness that characterizes French ice dance—than some of the boring paint-by-numbers stuff that is out there these days. I was thoroughly entertained, if nothing else!

As you can see, it was memorable.
S

elektra blue said:
did i judge a book by its cover? but big sick bodies didn't sound that cheerful
Click to expand...

Oh, I mean, I was also totally judging a book by its cover... French guy "slam poetry" could have been a lot worse

I humbly suggest that those of us who frequent the competition threads should from now on be known as the “Grand Corps Malade.”

but just malade or completement malade?

Papadakis and Cizeron have announced their rhythm dance music!

According to the post, they are aiming to explore "lyrical hip-hop" as well as "Whacking". Choreo is a collaboration between Axelle Munezero, Kim Gingras, Sam Chouinard and Marie-France Dubreuil.

They also posted that they will announce their free dance tomorrow, so stay tuned!
S

GoneWithTheWind said:
According to the post, they are aiming to explore "lyrical hip-hop" as well as "Whacking".
Click to expand...

*waacking! Sometimes referred to as Whacking, but most commonly spelled Waacking.

In the early 1970s a dance style known as punking emerged, with "punk" being a derogatory term for gay men at the time. The term "whack" was a specific movement within the punking style which involved moving the arms over the head in a rhythmic fashion. Although the wider club-going community took part in punking, they did not want the dance to have negative connotations attached to it and therefore renamed the genre "Waackin". Later, Jeffery Daniel added the "g" to waackin to make it "waacking", the name by which the style is commonly known today. The terms 'Whacking' and 'Wacking' are also occasionally used to refer to the dance style.
Click to expand...

Wish they'd added vogue instead of lyrical hip hop though, never like that stuff.
You must log in or register to reply here.